Justin Kloos, a former Gophers captain, attended the camp for the second time. 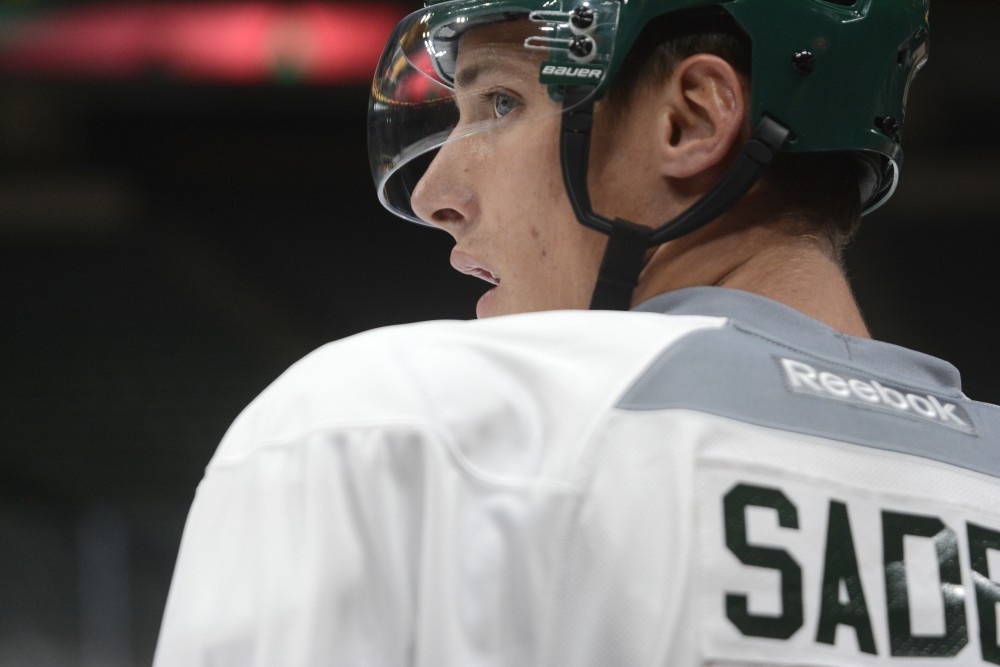 Jack Sadek trains on Saturday, July 8, 2017 in the Excel Energy Center. The Minnesota Wild Development Camp is going from July 8 - 13.

The camp runs annually at the Xcel Energy Center in St. Paul, and it features 42 skaters this year. The Wild invites its top prospects, draft picks and signees to develop and get a better look at how they are progressing in the six-day camp which runs from July 8-13.

“Essentially, we’re their prospects, so [they’re] kind of showing us what they look for in their players, and things for us to bring back for our winter programs and work on there,” Kloos said.

Prospects go through on-ice practices and scrimmages led by Wild staff, as well as off-ice activities such as sports psychology, media training and nutrition education.

Bristedt, one of the Gophers’ alternate captains, is skating in his first professional development camp this week. He will be sharing the ice with the top prospects in the Minnesota Wild program.

“I don’t think too much of where they’re drafted or who they are [at the camp],” Bristedt said. “I see myself out there as well, I’m just not drafted. I’m not thinking about that too much. I’m just thinking of them as any other player.”

Brad Bombardir, the director of player development with the Wild, said Kloos is a great addition to the Iowa Wild.

A third Gophers’ skater at the camp is Jack Sadek, who was drafted by the Minnesota Wild in the seventh round of the 2015 NHL draft. The Gophers junior defenseman is in his third year attending the development camp.

“I was used to being the younger guy the past two years, but now I got to take the older guy role,” Sadek said. “Show the younger guys what to do because I’ve been through the ropes.”

The three Gophers players will continue to play in the camp and prepare for the two scrimmages on July 11 and 13, both of which are open to the public.

Bombardir said the team likes having Gophers players come to the camp to compete.

“They’re Minnesota players, too,” Bombardir said. “We’ve ended up signing some good players out of there.”