On Thursday, the Minneapolis MC celebrated the 15th anniversary of his debut album "Shadows on the Sun." 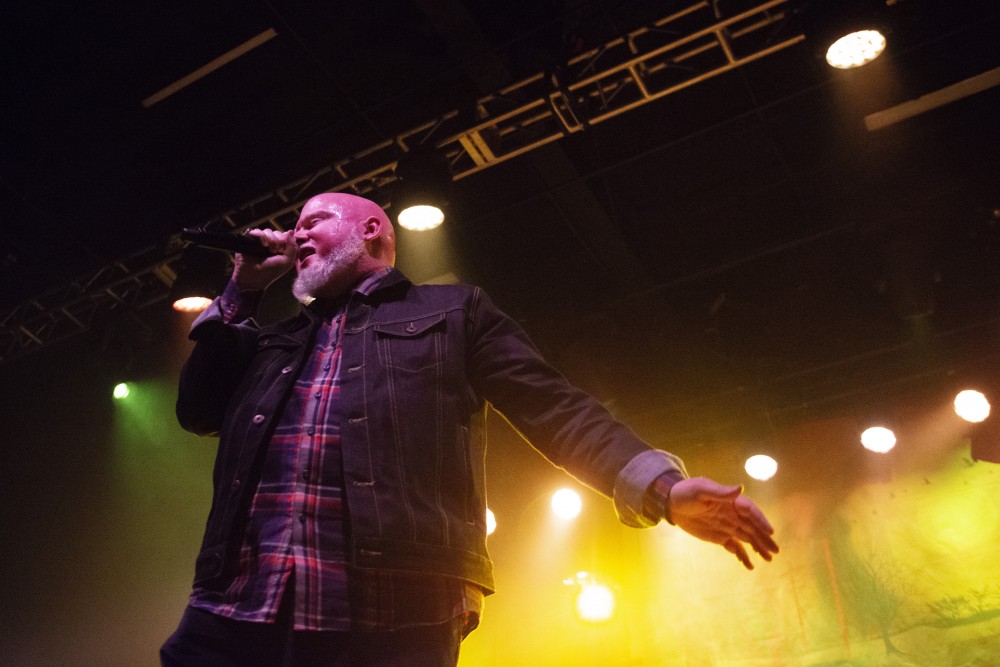 Fifteen years ago, Brother Ali composed “Shadows on the Sun,” sparking a musical revolution in the 612.

Celebrating this achievement in local hip-hop, Ali and Rhymesayer heir deM atlaS awed the crowd with the raw rap renditions Minneapolis residents know well. Performing the entirety of his album at the ever-iconic First Avenue, Ali proved once again that he is indeed a star of the north.

“It’s humbling to see someone of his caliber come on stage after you,” deM atlaS said. “I just released my first album, and he’s celebrating 15 years of his — I hope I can do this like he does for 15 more.”

Spitting a majority of his set from his newest album, “Bad Actress,” deM atlaS grooved with an energy that permeated through the crowd. He jumped, ran and boogied through the entirety of his performance.

A modern day James Brown, Atlas had the crowd fired up and seething with energy, ready for the OG to take the stand.

After a seemingly endless DJ set — not due to lack of skill, but because of the crowd’s growing anticipation — the stage was cleared and the “Ali, Ali,” chants started. Without need of a DJ prompt, hands waved side to side and cheers split the purple haze that enveloped the crowd.

Then, the preacher himself strolled on stage.

The DJ put needle to vinyl, the iconic murmurs of “Shadows on the Sun” came out of the overhanging speakers and all that mattered was Ali and the mic.

“I love being from Minnesota, everyone,” Ali said, four songs into his set. “We don’t need permission to do what we love doing and we’re going to keep doing that for love.”

There are poets, preachers, teachers and scholars — and then there’s Brother Ali, who encompasses all four. These words are just a sliver of the beautiful truth he spoke on and off-track throughout the night. Any Minnesotan would be proud to have Ali representing their state on stage.

The Twin Cities truly were the central theme of the night, attesting to Ali’s passion for his home. With Minneapolis’ Last Word spinning tracks behind him and the most special of guest appearances by Atmosphere’s own, Slug, the crowd was treated well in the main room.

For all of this hometown clout, Ali has stayed humble as ever. On stage in a beanie, denim jacket and flannel, he looked more like a lumberjack than a world-class rapper.

This is the essence and beauty of the MC and “Shadows on the Sun” itself: there are no gimmicks or extra pizazz to keep listeners hooked.

Ali raps with passion that is fueled by honesty. With each consonant emphasized during every song performed, listeners felt the humble but steel-strong man’s words pounded into their frames.

The venue was fitting, the music was stellar and the only desire the crowd was left with was the want for more. When’s the next one coming out, Brother?