A voice for children 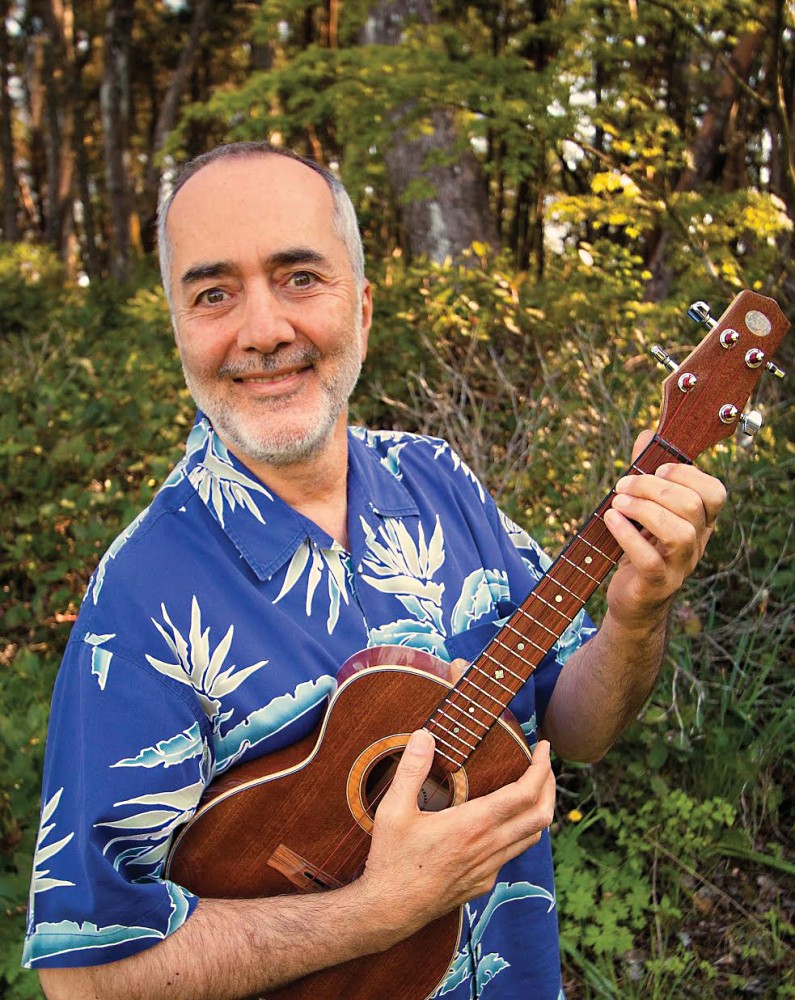 Iconic Canadian children's singer Raffi will be performing at the Pantages Theatre on Saturday, November 14th.

If you were a child within the last 40 years, chances are you’ve heard Raffi Cavoukian’s music. Whether making calls on his bananaphone or brushing his teeth for fun, Raffi gave kids all across the country something to sing about.

This Saturday, Raffi is bringing his music to the Pantages Theatre, performing for his child fans and former child fans who are all grown up. Raffi calls the latter his “Beluga Grads,” a reference to his classic song “Baby Beluga.”

In addition to music, in recent years Raffi has devoted himself to activism, with a focus on environmental issues and children’s rights.

Raffi founded the Centre for Child Honouring, which champions the notion that a more humane and sustainable world begins at how children are treated in their formative years.

A&E spoke with Raffi about his music, his fans and his philosophy of child honoring.

What music did you listen to growing up?

I listened to my father singing Armenian folk songs at home. He would also play the accordion, which I loved the sound of — so resonant and rich. We moved to Toronto when I was 10, and a couple of years later, I was singing in the Armenian church choir. Then when I was 16, I got my first guitar and learned the songs of the Beatles and Bob Dylan and Pete Seeger and Canadian singer-songwriters like Gordon Lightfoot and Joni Mitchell. For a long time, I wanted to be a folk singer like James Taylor. For various reasons, that didn’t work out. Then children’s music opened up for me, and I made that very first album, which was so immediately popular that it gave me a whole new career. The rest, as they say, is history, which I’m still living.

What went into recording your new album, “Owl Singalong”?

A lot of fun went into it. (laughs) … The owl theme kind of opened things up. I have owls in my backyard that I hear, especially in the winter months. To hear them go, “Hoo-hoo, hoo-hoo,” is quite something, so we recorded those exact owls in my backyard and put them into the song. It took off from there.

With your career spanning decades, have you had the opportunity to speak with second-

I call the ones who grew up singing my songs Beluga Grads. We estimate there are between 20 and 50 million of them in Canada and the United States. A fan who was maybe 5 in 1976 when my first album came out is now 45. (laughs) … They certainly come to the concerts now, and some of them, depending on what age they are, bring their little ones to the concert. Some are coming with nephews and nieces or with their teenage kids because it’s so much fun. We just sit back and sing for an hour. We laugh at the bad jokes that Raffi tells, and I get paid for this. It’s great.

What are some of your favorite things you’ve heard from fans?

They love that they enjoy the music as much as their kids do. It’s really a great honor to hear that. Now, Beluga Grads love it more in some ways because they’re bringing their adult appreciation of the music now alongside their children’s appreciation of it when they were little. For a guy who’s been at this for almost 40 years, these are just wonderful graces in my life, and I feel very fortunate for the enduring quality of this music and that it may serve in households all across the country.

Have children changed as your career has progressed?

[Children’s] needs don’t change. Their essential needs are universal, and they’re irreducible in their early years of life, given they’re totally dependent on their caregivers and the adult community for everything they need. The needs of the young child remain the same: respectful love, shelter, to grow up in a nonviolent and caring home, and positive — not punitive — discipline. All those kinds of things stay the same. Now, you’ve got a world with social media and the tech and infotech devices that go with them. We’ve got iPads, tablets and smartphones. These have become entertainment tools used with little kids, and that’s a complexity that did not exist 10 years ago. [This technology] makes children’s lives different, but it does not alter their basic needs.

Sometimes these tech devices get in the way of children meeting their basic need for active play, especially time outdoors and playing with friends. If you’re spending hours in front of a screen, you’re probably doing less of what you need to do as a young child. Screen limits are very important, and, as I say to parents over and over again, “There’s no such thing as giving your child a leg up on technology by starting them early. None whatsoever.” There’s a simple reason for that: Technology is too easy to learn. I learned to email at 50. I learned Twitter when I was 62. There’s no advantage doing it at 7. In fact, there’s a disadvantage of doing infotech too young, which is that it becomes seductive and addictive.

You’ve also turned down several projects over the years, including a “Baby Beluga” film. What are some other offers you’ve had to turn away?

I won’t name the companies but, but there’s been every kind, from fast foods to diapers to soup makers to cereal makers. They’ve all wanted the Raffi brand, and I’ve said, “No.”

It’s unethical to advertise directly to little kids, who don’t have the intellect to appraise the sales pitch they’re getting, and I would never want them to buy something because Raffi is on the cover. If it was an organic cereal that was good for kids, I might agree, but even then I’d have to think about it really carefully because I value the music too much. It stands alone on its merits. I’ve never seen fit to do commercial endorsements.

I would like to have a “Baby Beluga” film made one day, but that would be a very different film. It would need a circle of investors who are looking for more than the bottom line money investment; they would be in it for bringing to market a children’s film for the social and environmental returns. Maybe the film has an environmental message. The fact that it wasn’t marketed directly to children would be its social value. If there are any investors reading this, get in touch with me. We’ll make a deal.

Could you tell me a bit about your philosophy of “child honouring?”

Essentially, honoring the child means valuing the child as a whole person worthy of respectful dignity. … If you value a child as a whole being, then why would you take advantage of them, manipulate them? Why would you hit them? You would treat them as an intelligent being. You would give them your very best consideration even as the task of parenting is the most difficult task there is because you’re a guide to someone’s personal development. They’re in your care, and yet you have to remember they’re not yours. They are here to learn their own song.