Todd Glass has been doing comedy for nearly 30 years, but it wasn’t until last month that he came out as gay on Marc Maron’s comedy podcast WTF. 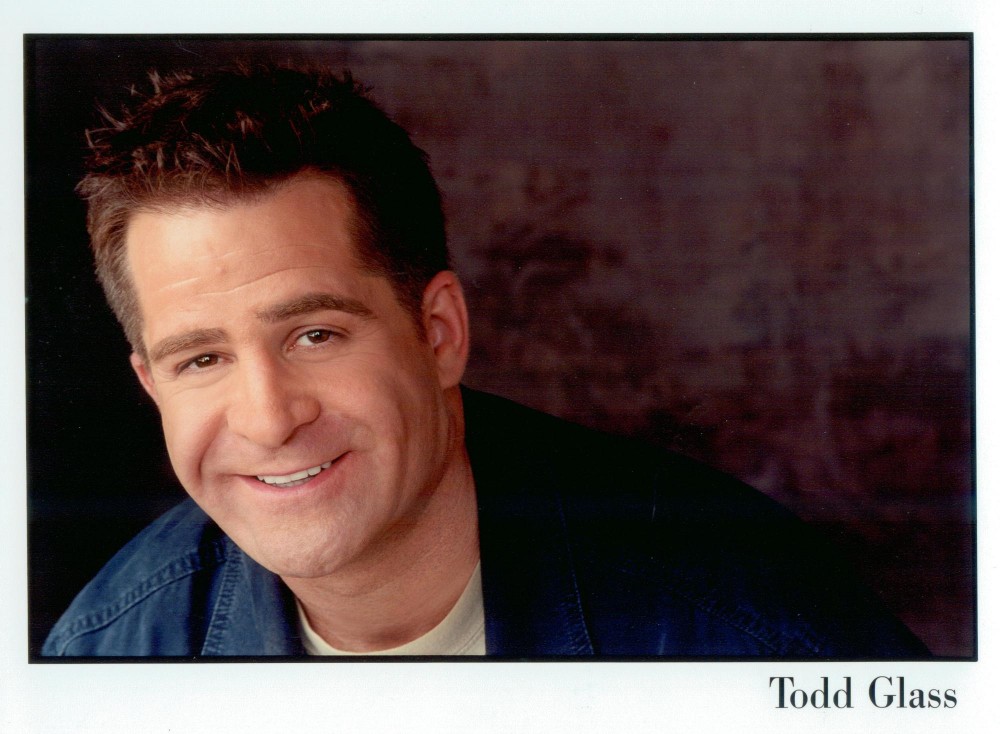 There are only a handful of comedic veterans as widely respected as Todd Glass. While he’s never enjoyed the same commercial success as some of the peers he came up with, he is the definitive comic’s comic, a whip-smart everyman who balances observation with absurdity and self-deprecation with confidence.

Glass has his occasional fits of rage, but he’s too good-natured, too controlled and far too funny to let it consume him or overshadow his comedy.

Conventional wisdom says that the best humor comes from honesty, but in his almost 30-year career âÄî and most of his life âÄî Glass has kept a secret.

Last month the Philadelphia native revealed he was gay on Marc Maron’s WTF podcast, and what unraveled was an interview that’s drawn the attention of the comedy world as well as the LGBT community.

A&E caught up with Glass soon after the interview to talk about coming out, the public’s response and the role of honesty in stand-up comedy.

Why’d you decide to come out on Marc Maron’s podcast instead of your own?

There were two main reasons. One was I wanted to hit an audience that was bigger than the audience that I hit [on my podcast]. It was also finding someone I was comfortable doing it with. There were other avenues that I could’ve gone down that had as big of an audience but I thought Marc’s shows that he had done in the past had lent itself for doing an interview like this. And once I approached him on it, he was really patient and understanding with me and it made me feel comfortable to proceed with him.

Have you been on stage since the interview?

I have been and I was a little nervous. I think with this one people either understand why or they don’t. Some people, even in a loving way, they don’t understand why I would be nervous. They’re like, ‘Well no one cares’ But you’re still nervous, you get up there and you sort of feel naked.

I was going to cancel it, I was like ‘Well I guess I could cancel a day before, make up a lie âÄ¦ but I did it and I was glad I did it, because I got over it quickly and no one cared and it was fun. And it’s hard to explain. It’s not that I think people would care, it’s just that you feel like you reveal a personal thing about yourself and you feel a little different. You’re not going to be able to say girlfriend unless you want half of the audience to know you’re bullshitting them.

I was going to ask about that. How are you going to treat some your material regarding your relationships? You have a lot of jokes about having a girlfriend. Will you still perform those jokes?

Well the jokes are real they’re just not about my girlfriend. If anything, it proves that same-sex marriage is âÄî and not to overstate this, but I really think it says a lot. I did jokes over the last 20 years that were about relationships that I’d been in and they worked for men and women that were dating in the audience, proving that it was exactly the same thing. I’ve never done a joke about that stuff that didn’t work in front of a mainstream audience. So men and women aren’t that different in terms of their relationships.

So that joke about your girlfriend wanting you to smell the guy at the mall, was that based on a relationship you had with a boyfriend?

Well actually that’s funny but that was a girl that I knew âÄî God, I forgot about that joke âÄî when I was like 21. She was just a friend, Katie. And a lot of people thought that we were dating and I let them think it because we were always hanging out together. But yeah, most of the others were just from the relationships that I’ve been in.

Do you think you’ll ever feel comfortable writing jokes about your sexuality and incorporating them into your set?

Well, I think so, one day. I’m not there yet. It’s a slow process but people can relate with it who aren’t comedians. It’s just like if you tell somebody that you’re gay, and it doesn’t mean the next day you’re necessarily ready to point out a guy that you think is good looking at the mall with somebody you just told. That’s a slow process and I think that happens with everybody. No, I’m not ready right now. It’s very hard for me to even say the word “gay.”

And not to be too wordy, I got a letter from a professor because somebody had given me a little bit of grief about how I can’t say the word “gay”; âÄî I can say the word “gay,” as long as it’s not referencing me. It’s hard for me to say “I am gay.” A professor wrote a letter to me, not that professors know everything, but he seemed to be very clear in his thoughts and very well-spoken and said it’s absolutely fine that that’s where I’m at. He said that “If you’re not the only one, why should you pretend to be somewhere where you’re not? You certainly spoke, it’s healthy and nobody should be embarrassed about who they are, but it’s hard for me to say. You know, I’ve heard that word used “gay,” “fag,” “homo,” in negative ways for my whole life. So, of course, I’m going to be a little bit uncomfortable saying it at first.

You said in the interview one of the main reasons you talked about it was so you didn’t have blood on your shirt and you were tired of kids who hadn’t come out yet feeling bad about themselves. Have you received any responses from younger people?

Yeah, I have and also just to be clear, after you read an article âÄî even in this article âÄî there are going to be certain things that are said that âÄ¦ don’t come out the way you wanted them to. So one of the things I said was that I would have blood on my shirt. That’s me. I am certainly not insinuating that anybody else that’s not ready to do it, to come out, should. You have to do it when you’re ready. Especially when someone’s younger. I would never ever say, you gotta do it. No, they should do it when they’re ready, when they’re comfortable, whenever that is. You know, I always say, instead of telling kids to come out, put a welcoming mat out for them. That’s what I think we need to do. Not tell kids to come out. Make them feel comfortable to come out.

I got a lot of emails from some of the younger people and some older people who had come out but more from younger people. They were just saying, “Hey I’m not ready to do it yet, but I appreciate hearing you talk about it.”

What about responses from the comedy world?

I knew no one would say anything but positive things. There were people that I knew that wrote emails or texts and wrote just encouraging words. And I think as a comic or maybe as a human being, my mind always goes towards the naysayers. Maybe, that’s a good thing, maybe they’re not the ones that would come up to me and say it. So in my head I thought a lot of people were like, ‘All right, what’s the big deal? We love Todd, and we don’t care but what’s the big deal?’ And I’ve said this a lot but maybe someone thought that, maybe there’s someone reading this going ‘Yeah, you’re in the entertainment business, you’re around other comics, like, Good for you, is it that big of a deal?’ Well, I didn’t start hiding this yesterday. I started hiding it when I was 12 years old. So, yeah, it was very, very hard to do. And I had a stomach ache the night before like I had never had in my entire life.

One [example] that I thought of that explains how hard it is and if this doesn’t explain it then nothing will ever explain it to somebody. There’s a video online of a kid in the military and he comes out to his father and he records it. He’s in the military, I think he’s in Afghanistan, and he says while the phone’s ringing to his father that, and I’m paraphrasing this, that he’s the most nervous and scared than he’s ever been. And that’s coming from a kid that’s in Afghanistan fighting a war.

Are you afraid at all of becoming pigeonholed years from now as the comic who came out?

I was a little bit nervous about that some of my friends had pointed it out, entertainers. But if you’re funny, you’re going to transcend everybody. Funny transcends everything. People don’t care about it if you’re funny.

But was I fearful of that? Yes, of course I was.

You’ve been through a lot in these last a couple years. Not just this but your heart attack in 2010. How do you think you’ve changed as a comic in that time?

But how has it changed me? Just âÄî anytime you’re honest on stage âÄî it changes things for you. And honesty doesn’t have to be something deep either. It’s just as hard to do what Louis C.K. does as what Steve Martin did. You’re being honest. You can be so silly that you’ll lose an audience. I think when some people say to be a good comedian you have to be honest, it doesn’t always mean dark things. Like Steve Martin, and I always use this as an example: when he started doing standup, there were people that left the club that night going, ‘what the [expletive] was that?’ That’s scary when you’re a performer to really think you’re doing something funny âÄ¦ maybe Mitch Hedberg in his early days, too. So honesty doesn’t necessarily mean dark or deep. It could mean just bearing your soul, whatever that is.