In a letter to House and Senate higher education committee chairs, the students said the proposal would impact the educational experience. 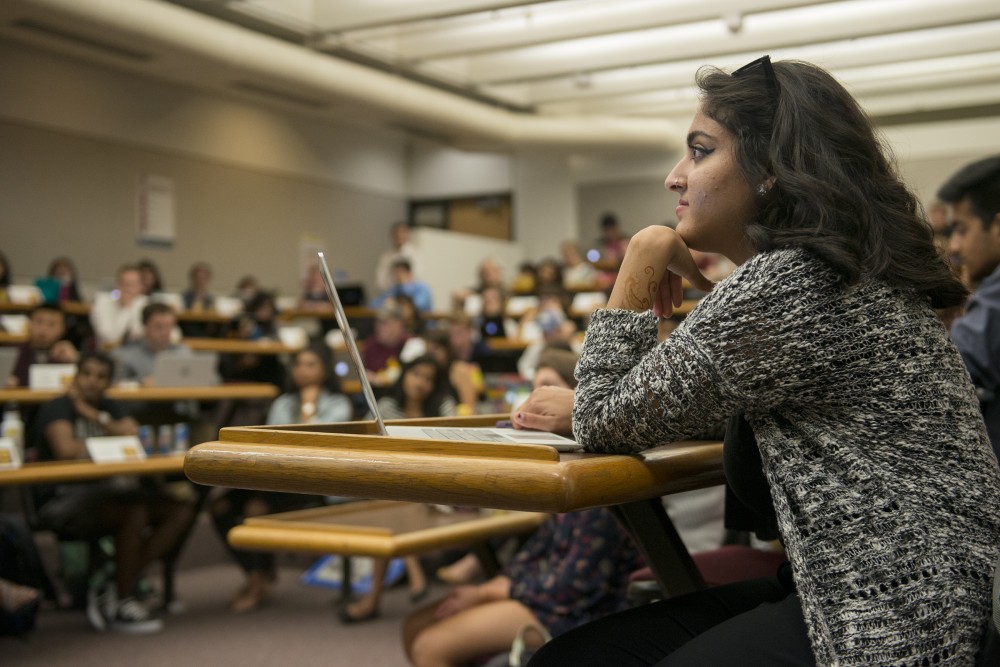 Student government leaders from each University of Minnesota campus are urging legislators to reject a proposal to make student service fees optional.

In a letter sent to the chairs of the Senate and House higher education committees Sunday and posted on social media, the students called for legislators to leave the proposal out of its final higher education funding bill.

If passed, the state would request that the University make student service fees — which fund student groups, Boynton Health and the Aurora Center, among others — optional. The University would be penalized by having some state funding withheld if it didn’t comply with the request.

“This is not a policy students have asked for, as it would result in the diminishment of the quality of our educational experience and jeopardize critically needed student services,” the letter read.

The letter was signed by almost 60 student leaders from across the University system.

The proposal was authored by recent University graduate Rep. Drew Christensen, R-Savage, who has said the measure would help drive down the cost of higher education, especially for students who can’t afford to, don’t have the time to or aren’t interested in participating in campus activities funded by the fees.

“The process to determine where fees are used is driven by us, the students,” the letter read. “We have worked very hard with administration to assert our voice into how student fees are used, and we believe significant progress has been made to ensure our priorities are met.”

Student leaders also said in the letter that the measure, if passed, would create inequitable conditions where only students who can afford to pay the fee can participate in funded activities, and would result in limited programming, making competing universities more attractive.

Over spring break, Minnesota Student Association President Abeer Syedah testified against the bill at a House committee meeting. She said the discussions surrounding the bill misconstrued the students’ role in the fee process.

“I’m quite worried,” she said. “I think what concerns me the most is that this is a process that students have been very vigilant about … in some ways this takes some of [students’] autonomy away.”

“What’s clear is that student groups would be cut out, what’s not clear is the Aurora Center,” he said.

“I think there’s broader conversations to have about the affordability of college,” he said.

Whether the measure is included in a final higher education spending bill will be determined in the coming weeks as the House and Senate work out differences between their proposals in conference committee sessions before sending a finalized bill to Gov. Mark Dayton to be signed or vetoed.