Once a performer for Minnesota gymnastics, Hansen now a teacher 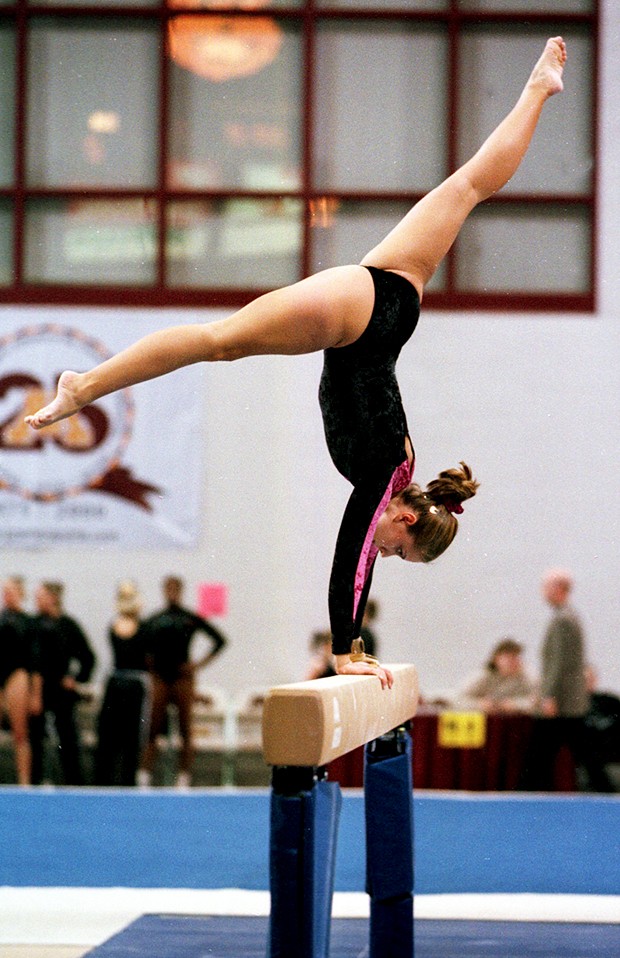 When the assistant coach for the Minnesota womenâÄôs gymnastics team left for a job opportunity at Air Force in 2006 , co-head coaches Meg and Jim Stephenson knew there was a void to be filled. The StephensonâÄôs, who have coached Minnesota gymnastics together for 26 years , lost another vital member of the program the same year to a mediocre Illinois program . But they knew Jenny Hansen , their young volunteer assistant coach , would be back eventually. Hansen was a former Gophers gymnast from 2000-2003 and a captain her senior year. Her favorite memory came in 2002 as she competed on the highest placing Minnesota NCAA championships team in history. After placing herself on many pages in the record books, Hansen stayed with the program after graduation, serving as a volunteer assistant coach . She didnâÄôt just walk away from gymnastics after finishing her Minnesota career as an athlete; she decided to make it her career in life. Hansen was one to always push herself, now she had the opportunity to do it for others. âÄúI donâÄôt think I can get enough,âÄù Hansen said. âÄúAs a coach, itâÄôs just so much fun for me to help other athletes realize their potential and help them become more than what they thought was possible.âÄù During this time, Hansen, who has always dreamed of being a successful gymnastics coach , took on an apprenticeship of sorts under the wings of her former coaches and respected mentors. The StephensonâÄôs appreciated the help, and Hansen easily adapted to their style of coaching after competing under their instruction as a gymnast. âÄúShe really thrived under our coaching style,âÄù Jim Stephenson said. âÄúShe seemed to adopt a lot of those philosophies in her approach with the athletes.âÄù The StephensonâÄôs philosophy: positive reinforcement. ItâÄôs always about having a positive attitude at all times. No swearing, no yelling, no pressure. Then Hansen, who was on the rise, quickly took an opportunity as assistant coach at the University of Illinois. She wasnâÄôt there for long. The StephensonâÄôs were also short of an assistant coach, and the following year [2007], re-hired Hansen for the position. They knew all along what they needed, and Hansen was it. Hansen, always enthusiastic, was overjoyed to come back. âÄúI just jumped at the chance to come back. I was beyond thrilled,âÄù Hansen said. âÄúIt felt so right in so many different ways.âÄù Now entering her third season as a full-time assistant coach to the Stephensons, she has firmly established her place in the Minnesota gymnastics community. Hansen is not only involved in coaching and recruiting, but successfully completes micro-level tasks given to her that translate to a better program, according to Jim Stephenson. This includes tasks that arenâÄôt some of JimâÄôs specialties, such as using the computer to produce the newsletter . What Hansen brings the most however, is enthusiasm. âÄúItâÄôs very easy for [the gymnasts] to sense that,âÄù Stephenson said. âÄúIt just adds to the positive aura of the program.âÄù With her dedication to the University of Minnesota, Hansen is only getting closer to her ultimate goal, taking over for the Stephensons one day. âÄúIâÄôve never really thought into leaving. This is where my heart is,âÄù Hansen said.