Minnesota to take on Louisville in first round of NCAA Tournament

The Gophers made it into the NCAA Tournament as a No. 10 seed. 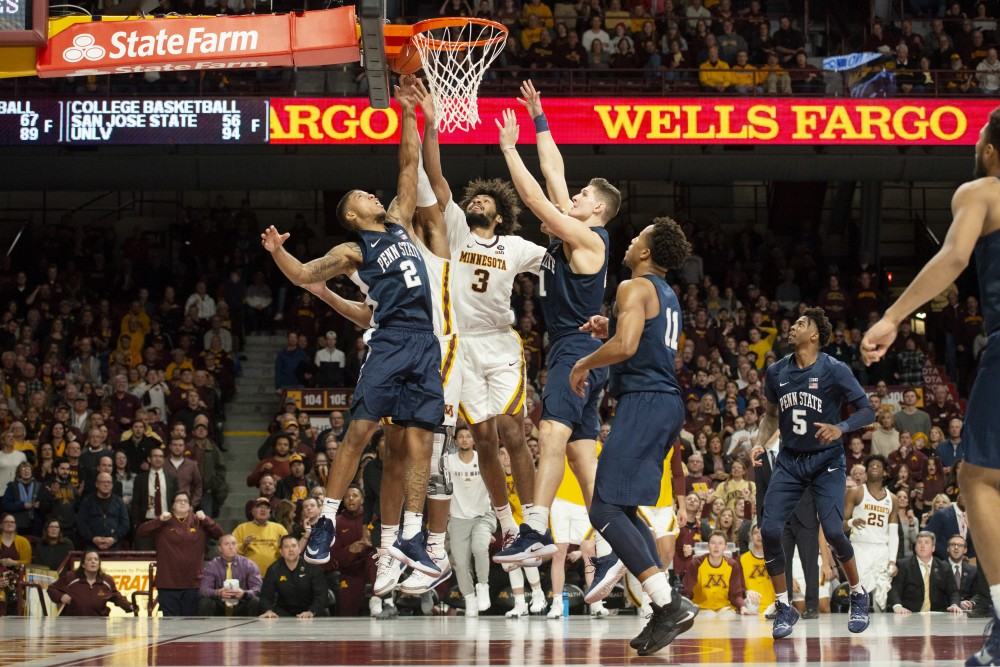 Senior forward Jordan Murphy jumps for the ball during the game against Penn State on Saturday, Jan. 19 at Williams Arena. The Gophers won 65-64.

Minnesota is back to the big dance for the first time since 2017.

The Gophers made it to the NCAA tournament after missing out last season. The 10th-seeded team will take on No. 7-seeded Louisville in the first game set for Thursday.

The first-round matchup will be in Des Moines, Iowa at a time yet to be determined.

Minnesota made a surprise run through the Big Ten Tournament by taking down Penn State and then upsetting Purdue to move on to the semifinal round. In that round, Michigan routed the Gophers to make it to the tournament championship game.

This is the second time Minnesota has made it to the NCAA Tournament under head coach Richard Pitino. Last time Pitino and the Gophers were there in 2017, they were upset by Middle Tennessee State in the first round.

Pitino has some familiarity with Louisville, as his father, Rick Pitino, was the head coach there from 2001 to 2017. Richard Pitino served as an assistant coach at Louisville from 2007-09 and as the associate head coach from 2011-12.

The Gophers are now playing “win or go home” basketball, in which any of the next games they play could be the last for Minnesota’s senior class, including star Jordan Murphy.