The students have topped 74,000 applicants to enter the third round. 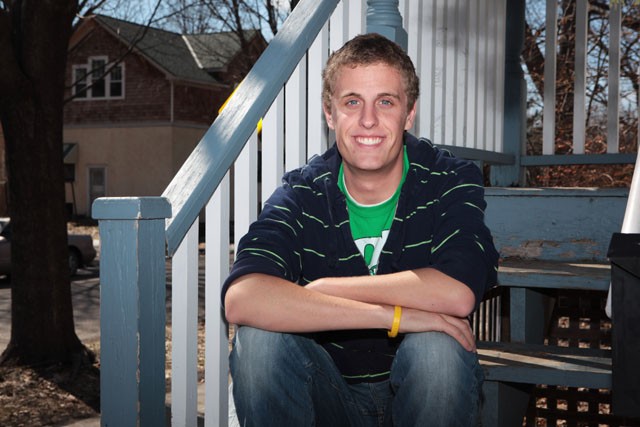 Three University of Minnesota students are competing to prove they are more than mere âÄútrollsâÄù âÄî and that they are worthy of interning for a celebrity with âÄútiger blood.âÄù
For the past month, more than 75,000 Charlie Sheen fanatics worldwide have applied to become his social media intern. After three rounds, three University students are still in the running, alongside an estimated 250 to 500 people.
The full-time eight-week paid internship, operated through Internships.com, called for a âÄúhard-working, self-motivated, creative, resourceful and social media savvy individual to work closely with Charlie Sheen in leveraging his social network.âÄù
For the first round, the competitors submitted a form on Internships.com explaining why they should be chosen to intern for him in less than 75 characters.
âÄúI will keep the Sheeniacs salivating for more day to day controversy,âÄù read Shannah HendersonâÄôs submission, which she sent in early March.
Henderson, a strategic communications junior, said the internship would be âÄúa professional opportunity of a lifetime.âÄù
âÄúI like to promote brands, and Charlie Sheen is a brand,âÄù she said.
Henderson said the mediaâÄôs obsession with Sheen comes from his apathy toward abiding by social norms.
âÄúThe public loves the fact that heâÄôs so controversial,âÄù she said.
Josh Schreiner, a political science junior and also in the third round, said he thinks the contest is a âÄúbig hoax.âÄù
âÄúI want to know the end game,âÄù Schreiner said. âÄúHeâÄôs got some goal in mind.âÄù
The second round required âÄúSheeniacsâÄù to submit an application with relevant work experience.
For the third round, applicants submitted a YouTube video where they could address three different prompts relating to promoting social media.
Using one of the prompts, Schreiner applied a political spin to his YouTube video âÄî a fitting move, as he is currently interning as a legislative assistant at the state Capitol.
âÄúRemember, at the end of the day, I can weather any storm as your social media director,âÄù he said in his video.
Schreiner said landing the internship would be a âÄúsurrealâÄù experience.
âÄúI did it as a joke,âÄù Schreiner said. âÄúI enjoy listening to Charlie Sheen rant âÄî I think heâÄôs a genius with how he uses social media.âÄù
However, his parents told him if he won the internship, it would be âÄúvery stupidâÄù to take the job and it would âÄúruin any chances at any job in life.âÄù
He disagrees.
Instead of starting at zero, SheenâÄôs more than 3 million Twitter followers would provide him a base for launching his career.
âÄúIt would be like going from high school to the NBA,âÄù he said.
Andrew Wagner, a political science senior and another contestant in the third round, said he started paying attention to Sheen after his interview with ABC NewsâÄô Andrea Canning on March 1.
In the interview, Sheen said he âÄúprobably took more [drugs] than anybody could survive.âÄù
âÄúIâÄôm different. I just have a different constitution. I have a different brand. I have a different heart. I got tiger blood, man,âÄù Sheen said.
Wagner applied impulsively.
âÄúI threw my hat in the ring on a whim, and at this point, the hatâÄôs still going,âÄù Wagner said.
Wagner said the media loves Sheen because heâÄôs entertaining, although he acknowledges that he âÄúobviously has some issues going on.âÄù
âÄú[The internship] would be a chance to rehabilitate his image from an esteemed actor to a crazy guy who has spun out of control.âÄù
When put into the context of yin and yang, Wagner said he could balance SheenâÄôs crazy side.
âÄúIâÄôm not about the flash and flare âÄ¦ or partying like a rockstar in Hollywood,âÄù Wagner said. âÄúI consider myself apt in social media and they want someone to build and harness his publicity.âÄù
All three contestants were informed they made it past the third round on March 21. They are still waiting to hear whether they will make it into the top 50 for the fourth and final round.
As the field of applicants narrows, Sheen strives to keep âÄúwinningâÄù the publicâÄôs attention. His new live variety show, âÄúMy Violent Torpedo of Truth/Defeat is Not an Option,âÄù opened Saturday in Detroit. The debut show ended abruptly when the audience booed him off stage.