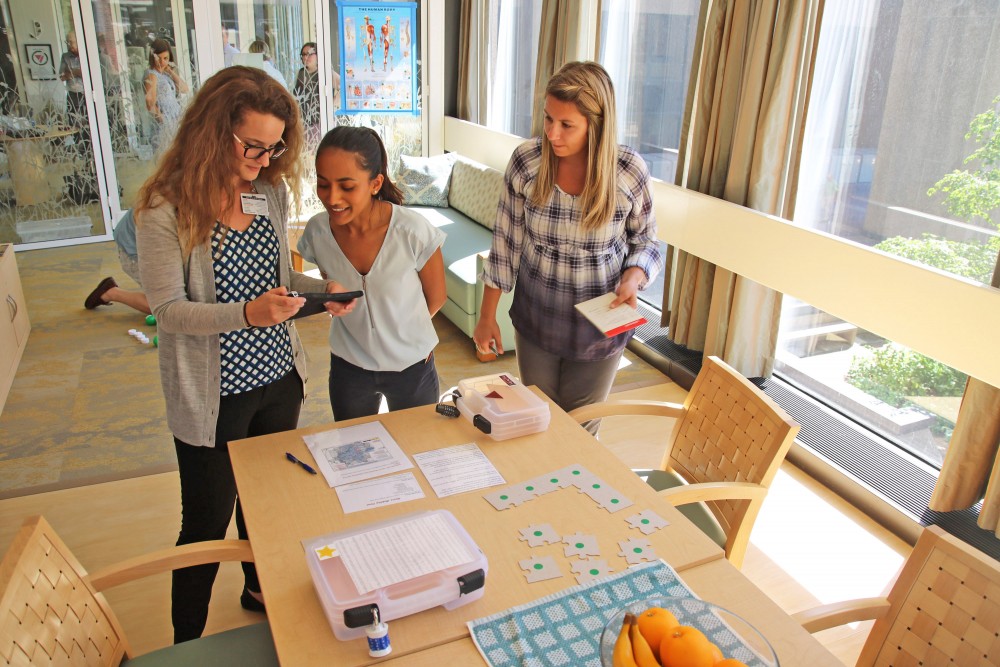 Courtesy of the University of Minnesota School of Nursing

In spring 2016, Cheri Friedrich, a clinical associate professor in the University’s School of Nursing, worked with members of the 1Health Interprofessional Collaboration Program to see how escape rooms — a growing trend among young adults — may be adapted to encourage student engagement.

Several years later, Friedrich said the popularity of this educational tool has boomed. The online lesson plans that included learning objectives, directions and supplies for the escape room have reached more than 500 downloads across 48 states and 10 countries as of this month, according to Friedrich.

Friedrich helped host approximately one escape room per month at the University, each with two components: the escape room itself and a debrief session afterward.

“We give students a scenario, and they have to figure it out from there. Basically, you find clues around the room,” Friedrich said. “The debrief after is really what tied it altogether: how did the communication go? What did you learn?”

For example, an escape room scenario focuses on a diabetic patient who is hospitalized with diabetic ketoacidosis, but is unable to follow his medication regimen because of his bipolar disorder. Students must collaborate to create a discharge plan.

The escape room has become required curricula across multiple fields, including nursing, social work and dental hygiene, as well as occupational, dental and physical therapy. Each year, the University’s escape rooms can see upwards of 600 students, Fredrich said. Any space can be used as an escape room because the supplies fit into a travel-sized case, she added.

Colleen West, a first-year student in the University’s master’s of nursing program, said the escape room proved to be an educational experience unlike any she had encountered.

“There was nothing we could do to prepare for this experience, but the learning actually came in participating,” West said. “This was totally different.”

Brian Hirt, an employee at Escape the Room in Minneapolis, said teamwork and communication skills are developed in escape rooms, making them the perfect format for learning lessons in a more creative way.

“The more puzzles you encounter, the more things you can solve,” Hirt said. “[Escape rooms are] a really helpful tool for gathering information, processing it and double-checking it. Working with your peers and teammates is really important, especially in a health care setting.”

Teamwork is not something that necessarily comes naturally in the medical field, West said.

“It really taught me that we need to rely on others and have the humility to admit when we can’t figure something out,” said West.

A 2015 Harvard study found that lack of communication is a huge problem in the medical field. In all general medical cases, 38 percent involved at least one communication failure. In a fun, game-like setting, Hirt said students have the chance to work on communication skills under less pressure.

“The stakes aren’t super high — it’s not a life or death sort of thing,” Hirt said. “You can be compelled to make decisions. [In escape rooms,] there’s no dire consequence for just trying and learning.”

Both Friedrich and West said they hoped the escape room experience would expand to additional areas of study in the health care field to help students learn how to effectively collaborate.

“As health care becomes more and more specialized and so many people are involved, communication is so important throughout the transfer of care,” West said. “This provided that opportunity to learn to communicate, and it really taught me that the strength is in the team, not just the individual.”