I know why no bird sings

Local rap-rock trio No Bird Sing soar to new heights with their sophomore LP “Theft of the Commons.” 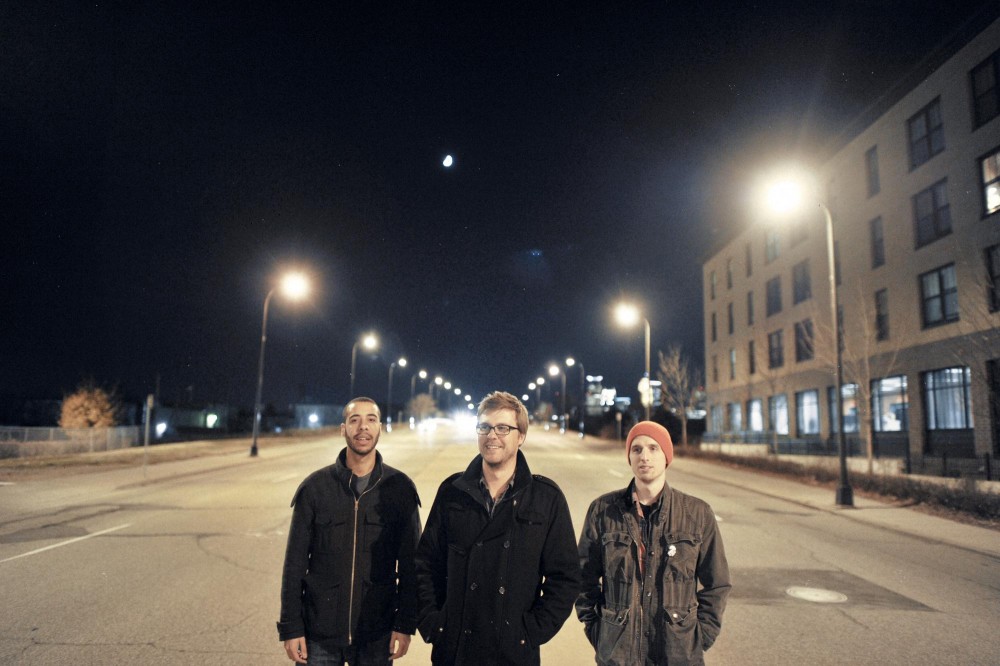 Who: No Bird Sing with Kristoff Krane

Rock âÄònâÄô roll has seen some of its best work recorded in the most unconventional places. Trent Reznor completed âÄúThe Downward SpiralâÄù in the house where Sharon Tate was murdered. Arcade Fire holed up in a church attic for âÄúNeon Bible.âÄù Even blues songstress Bonnie Raitt recorded her debut in a cabin just west of Minneapolis near Lake Minnetonka.

But after scouting locations for their forthcoming LP, local rock-rap outfit No Bird Sing settled for something a little more rural: a barn in Buffalo, Minn.

âÄúWe wanted a place that was going to have a lot of character to it,âÄù rapper Eric Blair said. âÄúWe were looking for a lot of warehouse spaces, places that were big and would absorb a lot of sound. We wanted something that would have a natural reverb to them.âÄù

Clocking in at just over 40 minutes, No Bird SingâÄôs fiery sophomore LP, entitled âÄúTheft of the Commons,âÄù is live instrumental hip-hop in its most raw form. Playing alongside drummer Graham OâÄôBrien and guitarist Robert Mulrennan, Eric Blair is an emcee of a different breed.

His rap alias (BlairâÄôs real name is Joe Horton) is the birth name of George Orwell âÄî one of BlairâÄôs favorite writers âÄî and he recently received his masterâÄôs in creative writing from Hamline University.

Employing live instrumentation in the place of a DJ, No Bird Sing might not be MinneapolisâÄô most popular hip-hop act, but they are far and away the heaviest.

The songs tend to borrow more from rock âÄònâÄô roll than rap music. Meaty guitar riffs roar as Blair, who also plays keys in the band, weaves raps that teem with equal servings of personal anxiety and political outrage.

Graham OâÄôBrien, drummer and brother of Face Candy bassist Casey OâÄôBrien, breathes life into each song, pounding away with a certain level of vitality that no loop program could ever replicate.

Striving for a more organic quality, the band recorded the instrumentation for each song as they played together. The one-take recording strategy results in something that sounds less canned and over-polished than typical rap recordings.

âÄúWe spent more time playing together going into recording this record, so we wanted to document that kind of chemistry between the three of us,âÄù Blair said. âÄúWhen you’re relying more on live things it makes it a more unique experience. And that coupled with the sonic characteristics of the barn really made it a unique record.âÄù

But the one theme that seems to carry on throughout the record is one of loss and grief. And itâÄôs no wonder once you realize âÄúTheft of CommonsâÄù is dedicated to the groupâÄôs close friend and late Twin Cities emcee Micheal Larsen (Eyedea). While all of the songs were written before LarsenâÄôs death (aside from the closing track), Blair emphasized the influence Larsen had on his life as a musician and person.

âÄú[His death] was the most profound experience thatâÄôs ever happened in my life,âÄù Blair said. âÄúWe dedicated it to him because the record wouldnâÄôt exist without him. He was that big of an influence on all of us.âÄù