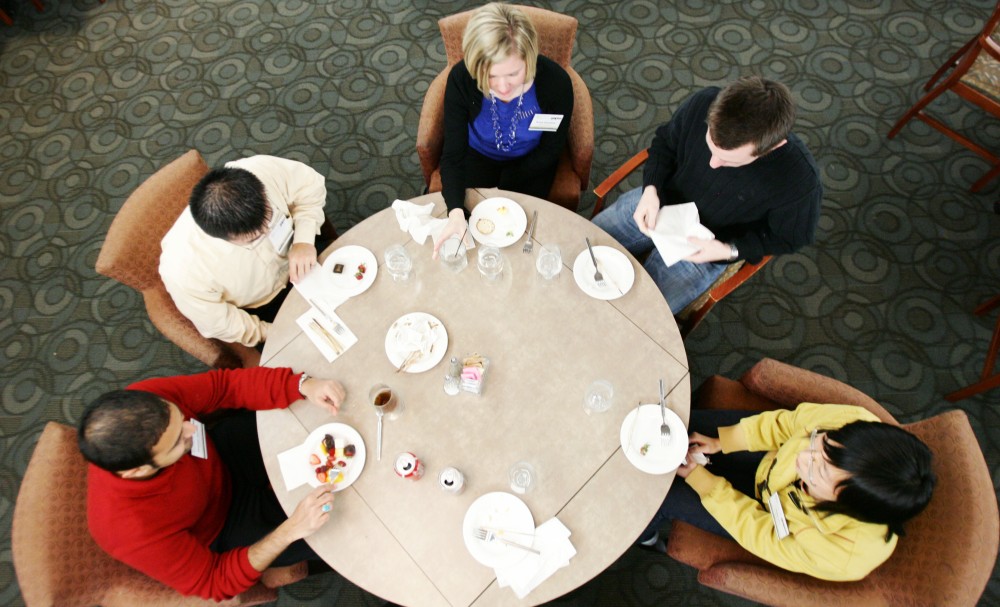 The University of Minnesota is hosting the 22nd annual National Association of Graduate-Professional Students conference for the first time, and some students have made sacrifices to attend. Kristine Wildeboer , a graduate student at Grand Valley State University in Michigan, missed a midterm, a paper, two presentations and also had to get permission from multiple professors and other group leaders to attend. âÄúI do feel that if youâÄôre going to be involved in something, that it takes leadership to be able to make a difference,âÄù Wildeboer said. Representatives from around the country have come to attend the conference, which began with workshops for effective lobbying strategies Wednesday afternoon, and will continue through Sunday. Graduate and Professional Student Assembly President Kristi Kremers said the conference will âÄúenhance the quality of leadershipâÄù for NAGPS members. NAGPS President Tonia Compton , from the University of Nebraska , said the conference helps build relationships for graduate student leaders on a national scale. Kremers said the conference is important because âÄúgraduate and professional students across the country need to understand whatâÄôs going on at other institutions and how they can improve the resources that they provide.âÄù Event planner and GAPSA at-large director Lexie Hunzie said preparation for the conference began in June. Hunzie said securing legislative speakers was the most difficult part of the planning due to the election season. Minneapolis Mayor R.T. Rybak was scheduled to speak at the conference, Hunzie said, but had something come up and sent a committee member to take his place. Participants were also scheduled to go to the Guthrie Theater and the Weisman Art Museum , Kremers said. NAGPS legislative concerns chairperson Brent Laab and ombudsman James Hodgson of the University of California-Davis said the conference is a good opportunity to see what other graduate and professional student groups are doing around the country. âÄúWhat they really do well here is you get a good chance to talk to people about what is going on at other universities,âÄù Laab said. âÄúYou get a chance to work with other people and really get a chance to steer national policy.âÄù Hodgson said being exposed to other schools helps them come up with new ideas to take home with them. âÄúYou might not need to reinvent the wheel because someone else has a great program that you can model something back home after,âÄù he said.