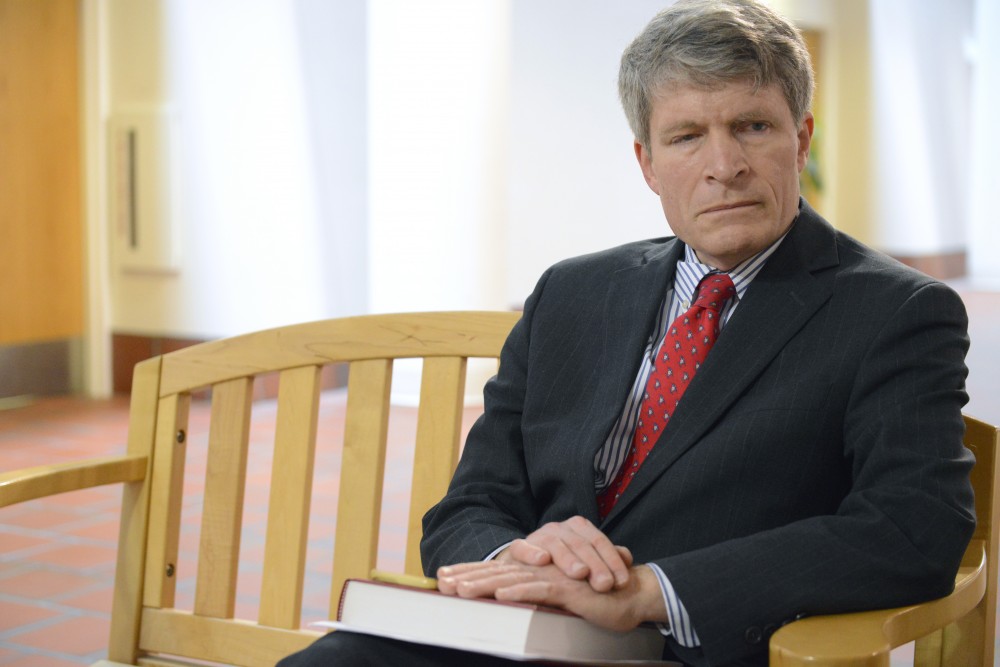 Painter said at a State Capitol press conference that he has formed an exploratory committee to examine the prospects of a Senate bid, but refused to align with a specific party. If he decides to run, Painter will aim to unseat Smith, D-Minnesota, in the 2018 midterm election in November.

Smith assumed her role on Jan. 3 after former Sen. Al Franken resigned in December amid sexual misconduct allegations. Republican state Sen. Karin Housley is currently the only Republican to announce a run against Smith.

“If I choose to enter this race, it will be to fix the problem of corruption in our government at the federal level, where it is the worst, and reaching into the states where we have seen campaign finance corrupt state government across the country,” Painter said.

He cited “corrupted” government and “dark money” in politics as motivation for the potential Senate run, and pledged to run a campaign without Super PAC money if he chooses to enter the race.

“I believe that this state is entitled to be represented by two senators who are responsible only to the people of the state of Minnesota who elected them, not to special interests,” he said.

Painter said he will use the exploratory committee to consider which party he would run under — Republican, Democrat or Independent.

Painter, a longtime Republican, served as the chief ethics lawyer to President George W. Bush from 2005 to 2007, and has been a University professor ever since. He said his reluctance to run as a Republican stems from the current direction of the party.

“Karin Housley has given a voice to the many Minnesotans who are fed up with the dysfunction, partisanship and obstruction in Washington. Having another extremist in the U.S. Senate will not end the plagued status-quo – they would make it even worse,” Piligra’s statement said.

David Schultz, a Hamline University political science professor, said a run by Painter would do the most harm to Republicans.

If Painter challenges Housley for the Republican nomination, Schultz said it could split the party base into two camps — Trump supporters and more moderate Republicans. This would ultimately lead to an easier path to victory for Smith, he added.

“It’s almost like they can’t run a united ticket,” Schultz said, adding that if Painter ran independent, he could steal votes from both parties and affect the outcome of the race.

Last year, as the chair of Citizens for Responsibility and Ethics in Washington, Painter filed a lawsuit against Trump for conflicts of business interest. The lawsuit was dismissed in December as it “lacked standing.”

The University of Minnesota law professor has amassed a popular Twitter following, where he is often critical of Trump and his administration, claiming ethical violations. He makes frequent appearances on cable news networks, and often pens opinion pieces for the New York Times and Washington Post criticizing the Trump Administration.

But Painter said on Wednesday that his decision to consider a U.S. Senate run wasn’t about the president, but about the government’s current course.

“We need to clean up politics in this country, and it’s about a lot more than Donald Trump,” he said.

Painter said he will remain at the University of Minnesota while exploring a potential Senate campaign.

Michelle Griffith contributed to this report.