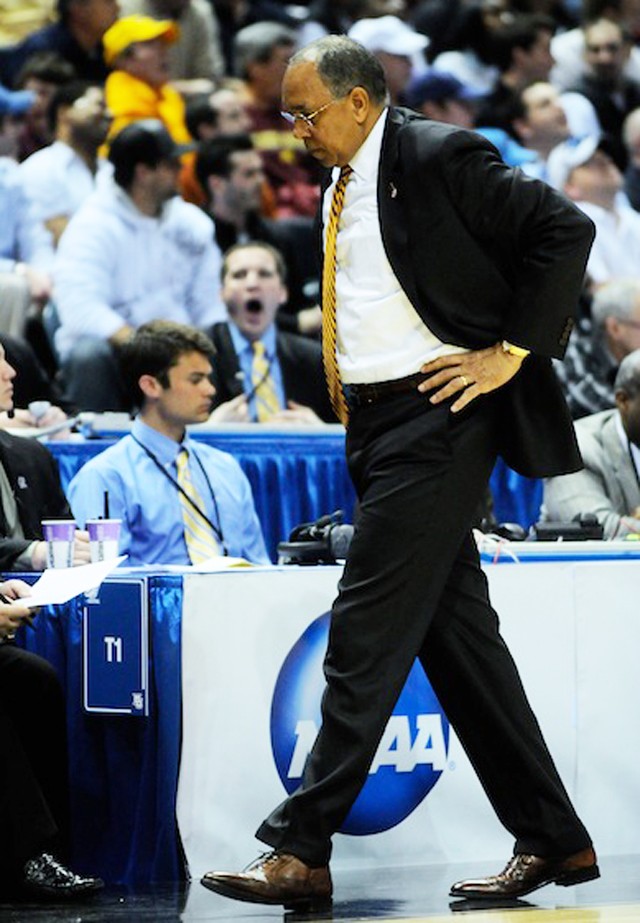 MILWAUKEE âÄî Following a remarkable run in the Big Ten tournament and a second-straight NCAA tournament appearance, Gophers menâÄôs basketball coach Tubby Smith had to address rumors that he is a candidate for another coaching job. Less than two weeks after refuting that he had been contacted about the head-coaching job at Oregon, Smith was asked about reports linking him to the same position at Auburn, which fired its coach March 12. âÄúObviously thatâÄôs just talk, because IâÄôm very pleased with what weâÄôve accomplished here,âÄù Smith said following the GophersâÄô NCAA first-round loss to Xavier on Friday. âÄúIâÄôm looking forward to coming back to Minnesota.âÄù When asked whether he had received offers from schools other than Minnesota, Smith said, âÄúNo, I havenâÄôt.âÄù The Mobile Press-Register reported Saturday that Auburn Director of Athletics Jay Jacobs has said he will ask for permission to interview candidates during the coaching search, which he has said could take weeks rather than days. In six seasons under former head coach Jeff Lebo, Auburn had only two winning campaigns âÄî just one in the Southeastern Conference âÄî and no NCAA tournament appearances. The Birmingham News reported Friday that âÄúa list of candidatesâÄù for AuburnâÄôs head-coaching job included Smith, who has led four teams, including SEC programs Georgia and Kentucky, to multiple NCAA tournament berths. CBSSports.comâÄôs Dennis Dodd reported early Friday morning that a trusted source told him Auburn was close to hiring Smith.