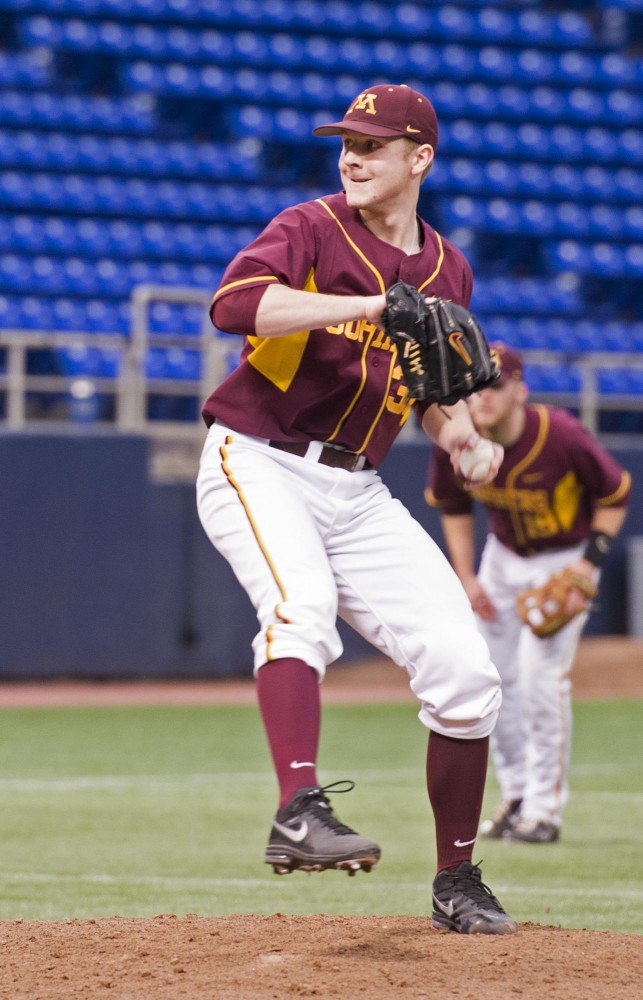 Caleb Palensky hit a game-winning RBI double in the 11th inning as Nebraska-Omaha snapped the Gophers’ five-game winning streak Wednesday with a 10-9 victory at the Metrodome.

The Gophers led by five runs Wednesday and hit three home runs, but they struggled with consistency, especially on the mound. Minnesota’s pitchers hit six batters and gave up 16 hits.

Despite their struggles on the mound, the Gophers took an 8-3 lead after three innings, in large part because of home runs by senior designated hitter Andy Henkemeyer and junior catcher Matt Halloran.

Nebraska-Omaha rallied with five runs in the fourth off Gophers junior reliever Kevin Kray, and the Mavericks took the lead with another run in the sixth.

Sophomore shortstop Michael Handel tied the game at 9-9 with a home run in the eighth inning. Halloran nearly hit a game-winning home run in the tenth, but the ball didn’t clear the left field baggie.

After Palensky’s game-winning double, Nebraska-Omaha held on in the bottom of the 11th inning despite a leadoff single by Gophers senior Troy Larson.