Maxwell Janes, who played all 13 games on special teams in the 2018 season, was arrested last week. 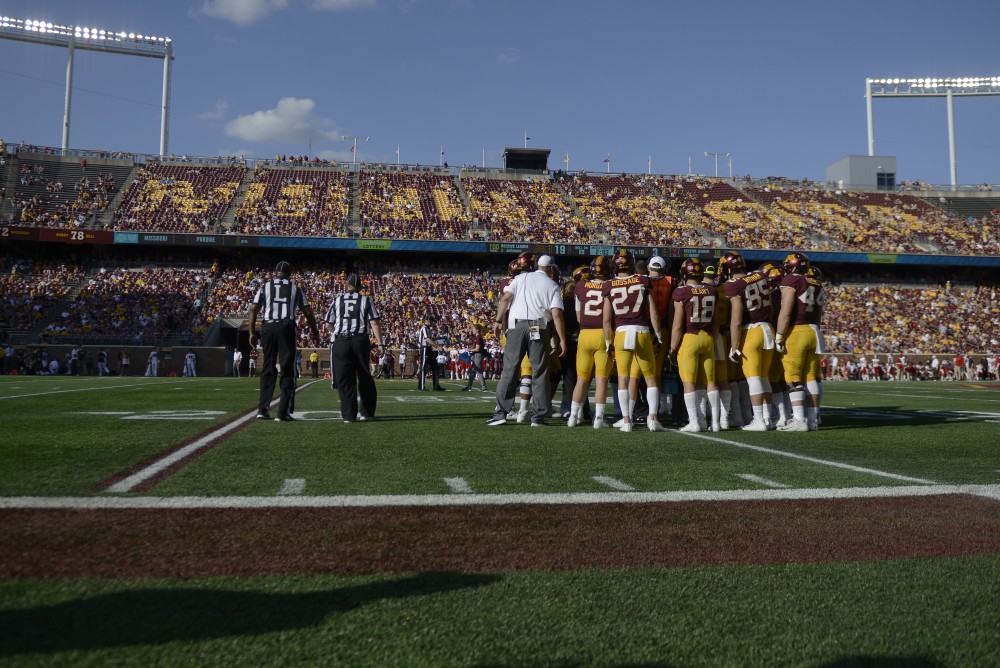 The Gopher football team huddles during a time out on Saturday, Sept. 15 at TCF Bank Stadium in Minneapolis.

A Gophers football player has been kicked off the team after he allegedly punched an officer last week, according to KSTP.

Maxwell Janes was arrested near 1st Street South and Hennepin Avenue a little after midnight Friday, according to the criminal complaint obtained by KSTP. He then told police he had to exit the squad car to vomit. After letting him out, he allegedly punched one of the officers in the face. He was charged with fourth degree assault of an officer, according to the report.

“We have extremely high standards for members of our team and when those standards are not met there are consequences,” head coach P.J. Fleck wrote in a statement. “The behavior exhibited in this situation is completely unacceptable and contradictory to the culture we are creating. Law enforcement officers speak to our team and educate them multiple times a year, and we greatly appreciate those who protect and serve us on a daily basis.”

Janes, a freshman tight end who attended Mounds View High School in Minnesota, played in all 13 games last season and tallied one career tackle with the Gophers.