The photography exhibit shows the effects of state-enforced disappearances under dictatorships throughout Latin America. 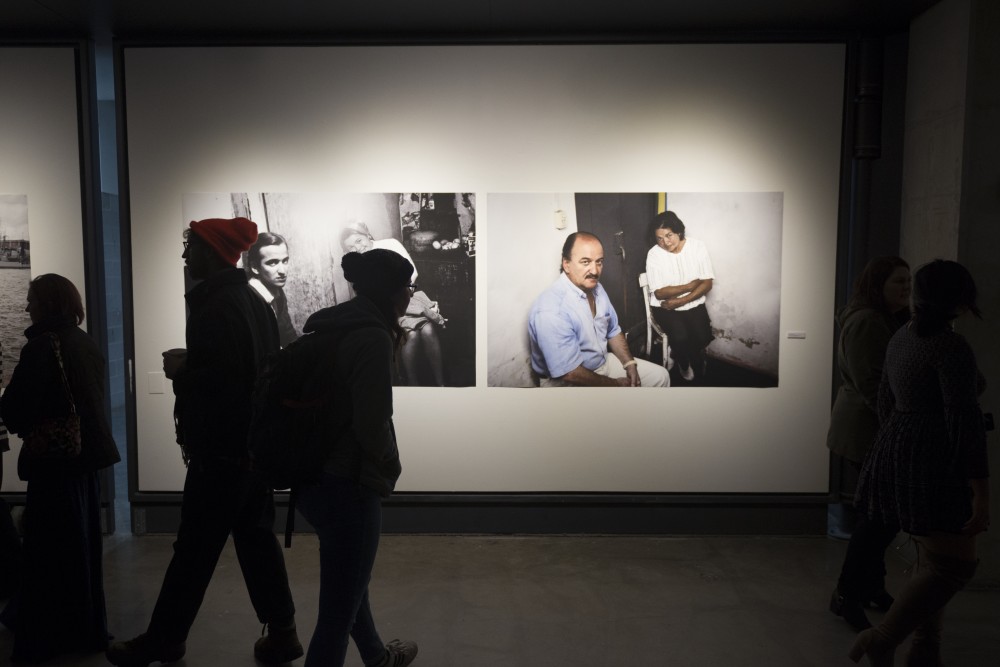 Argentine photographer Gustavo Germano’s exhibition “Ausencias/Absences” opened at Regis Center for Art on Friday night.  Brought to the University largely on behalf of Spanish and Portuguese Studies Professor Ana Forcinito, the photographs confront the state-enforced disappearances that took place during the 1960s to 1980s dictatorships in Argentina, Brazil and Uruguay.

Although temperatures were low, spirits were high as a diverse group of students, faculty and Spanish and Portuguese Studies affiliates welcomed each other. Conversations commenced around an assortment of hors d’oeuvres and bar tables, but those drawn in by Germano’s work were often quiet.

“I wanted to bring an exhibition about human rights and the way in which art represents an important aspect of human rights struggles,” said Forcinito. “In this case, the artist is trying to explore the empty space that forced disappearance leaves with the family … to connect with the pain and the long-lasting effect of human violation.” Displayed in pairs, the first image is a blown-up version of a family photograph. The photos are dated from the 1960s through the 1980s and were taken before the disappearance occurred.

The second photograph, taken by Germano years later, is a recreation of the same family photo, but one, or in some cases several, characters seem to be missing. Smiles on the faces of remaining family members have long faded and an empty space weighs heavy in the frame.

Germano explores themes of memory, love and loss while literally portraying the physical absence of the disappeared loved-ones.

The size of the work is also significant. The photographs are printed large enough to present human figures nearly life-size. Viewing the image requires a lifelike, face-to-face confrontation.

Although the exhibit displays only 16 photographs, a video projected on the adjacent wall includes many more. Germano has been working on the series since 2006. “I think that art has a particular way of connecting with people,” Forcinito said. “For example, it expresses the fact that something took place many years ago still has an impact in the present.”

In addition to teaching, Forcinito works in societal advocacy in regard to human rights concerns. In an effort to bring “Ausencias/Absences,” to the University, she pitched the idea Nash Gallery Director Howard Oransky.

“The exhibition fits in perfectly with my goal for the gallery, which is to have exhibitions that tell people stories, so that we can make connections between art and life,” Oransky said.

“Ausencias/Absences” will be on display in the Quarter Gallery of Regis through Nov. 18.