Members of the search committee will be announced before the end of spring semester. 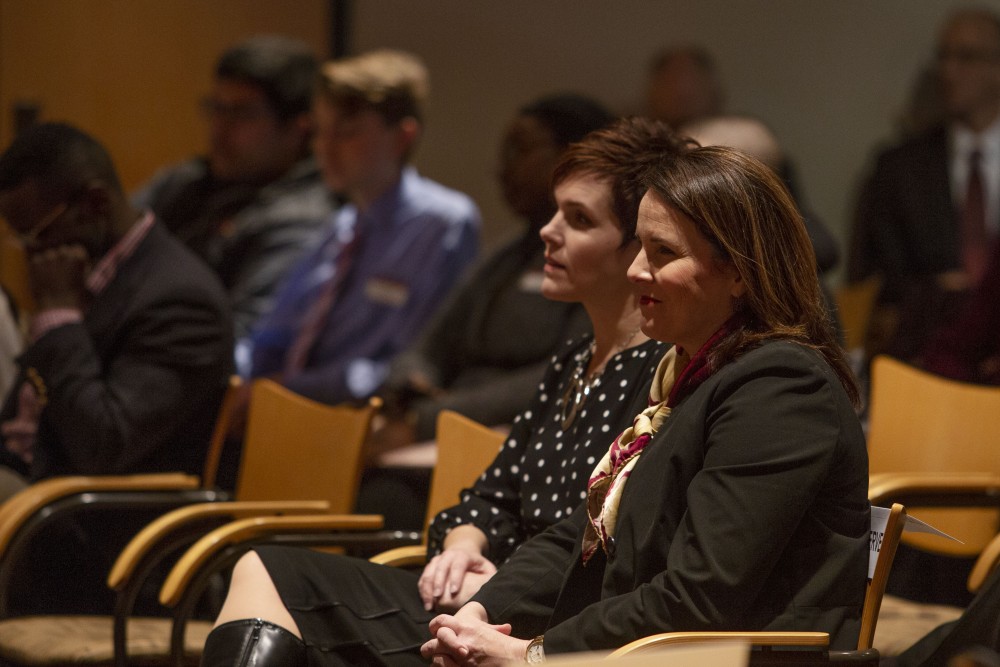 The lone finalist in the race for University of Minnesota president, Joan Gabel, smiles as the Board of Regents extend praise to her qualifications for the job before a vote on Tuesday, Dec. 18 at McNamara Alumni Center.

The search committee, co-chaired by Vice President for Research Chris Cramer and Faculty Consultative Committee Chair Amy Pittenger, will be “charged with ensuring a robust, inclusive search process,” Gabel wrote in the email.

Gabel said she plans to hold listening sessions with faculty, staff and student leaders this month to shape a profile of what they want in the next vice president of the University. The full search committee will be announced before the end of the spring semester, allowing the committee to recruit candidates over the summer, according to the email.

Gabel said she hopes to host public interviews with finalists in the fall, and she anticipates the new hire starting “around or after the first of the year.”

Last October, Regent Darrin Rosha said it is crucial that the next provost complements the leadership and style of the president because the two will work closely together.

Hanson, who returned from a leave of absence last week, initially announced she would step down from her position last December citing the “demands” of the job and personal and family “considerations.”

“Karen’s leadership has driven tremendous academic success and progress,” Gabel wrote in the email. “Her work is a key component of the foundation upon which we will build an exciting future for our University.”

In Hanson’s absence, Robert McMaster, vice provost and dean of the Office of Undergraduate Education, served as acting provost.