Strong second half powers Gophers to 67-61 win over Nebraska 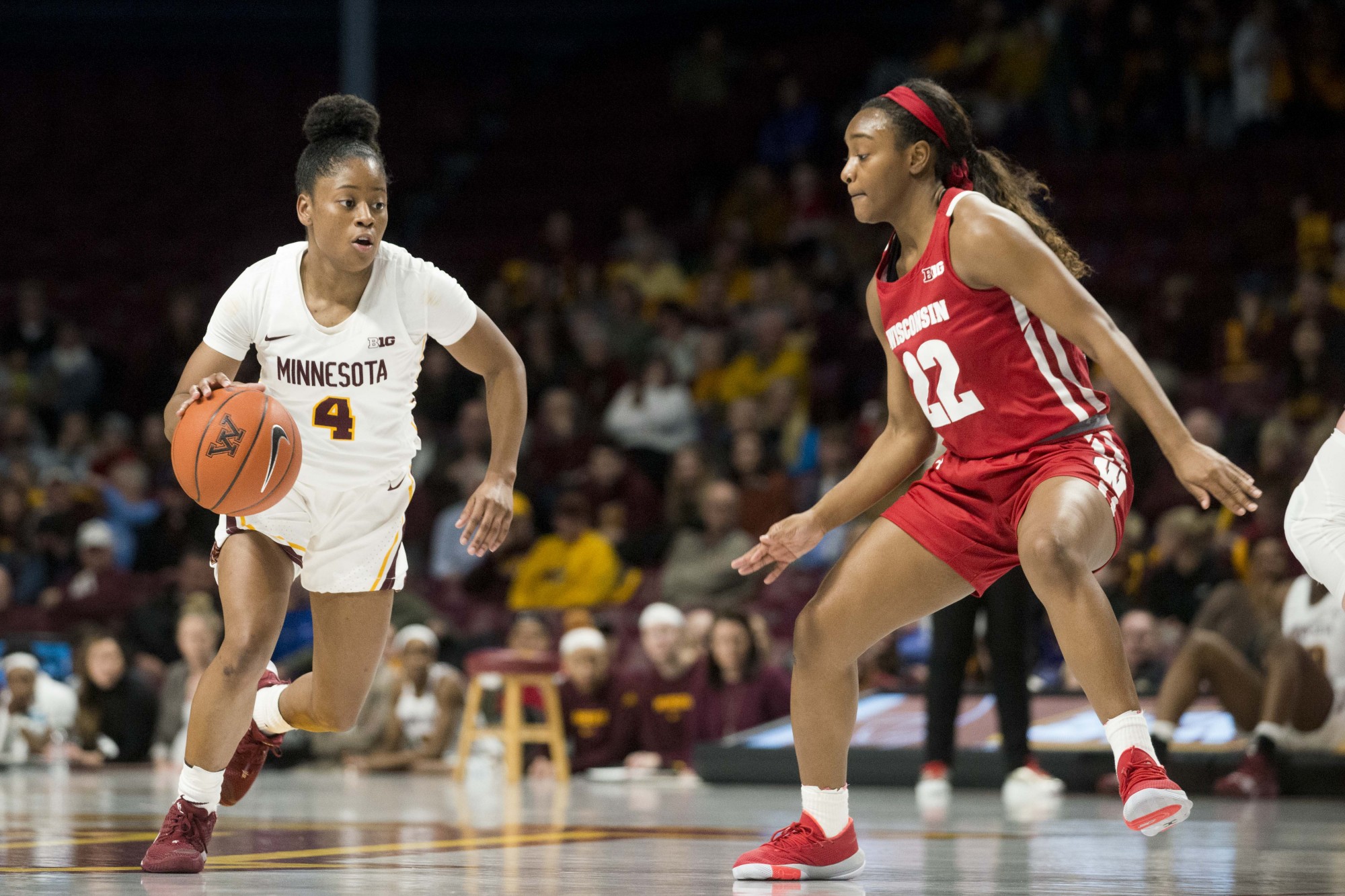 Guard Jasmine Powell brings the ball up the court at Williams Arena on Wednesday, Jan. 22. The Gophers were defeated by Wisconsin 72-62.

Led by the play of guards Jasmine Brunson and Jasmine Powell, Minnesota shifted the flow of the game after trailing by nine points at halftime. The Gophers held the Cornhuskers to nine points on 28.6 percent shooting to get back into the game in the third quarter after Nebraska had shot 50 percent with 39 points in the first half.

Minnesota played well offensively in the first half but struggled to hustle down the court to stop Nebraska in transition. The Cornhuskers scored 20 fast break points in the first half and closed out the half on a 12-0 that was ended by a made 3-point shot by senior guard Masha Adashchyk.

But, Nebraska was held without a fast break point in the second half and the Gophers fought back with a run of their own to start the third quarter. Head coach Lindsay Whalen said Adashchyk’s three helped provide some momentum for the Gophers going into the second half as they came out with 10 unanswered points to briefly take the lead midway through the third quarter. According to Brunson, what Whalen said in the locker room at halftime also set the tone.

“It was definitely spirited for sure, but it was something that we needed to hear and when she gets fired up we feed off of that,” Brunson said. “So, it’s actually great seeing her like that and giving us her passion … we feed off it so I think it’s really good.”

Brunson and Powell both stepped up for the Gophers to secure the win. Powell scored a team-high 19 points and added seven rebounds and four steals. She also hit a big 3-point shot with a little over a minute to go to put the Gophers up by six. Brunson finished with 16 points, six assists and five steals.

“It just kind of seemed like these two kind of traded off when we needed a big bucket,” Whalen said. “It was just kind of more or less those guys taking turns attacking and being aggressive and that’s what we needed.”

Senior forward Taiye Bello also played well for the Gophers, scoring 13 points and grabbing 10 rebounds. Her double-double Thursday night was her 10th of the season.

Minnesota has not been successful in close games this season, losing four one-possession games against Big Ten opponents. But that changed for the Gophers Thursday night and they are now 13-8 with a 3-7 record in the Big Ten.

“In order to have a special season, you want to protect your home court and obviously we’ve had a couple games that haven’t gone our way – a couple close ones,” Whalen said. “But more than anything, I’m just so proud of this team for their resiliency and fight to be down at half knowing we hadn’t won a home game yet in the Big Ten. To muster up everything they mustered up in the second half and come out with a win, it just shows the character and fight these guys have.”