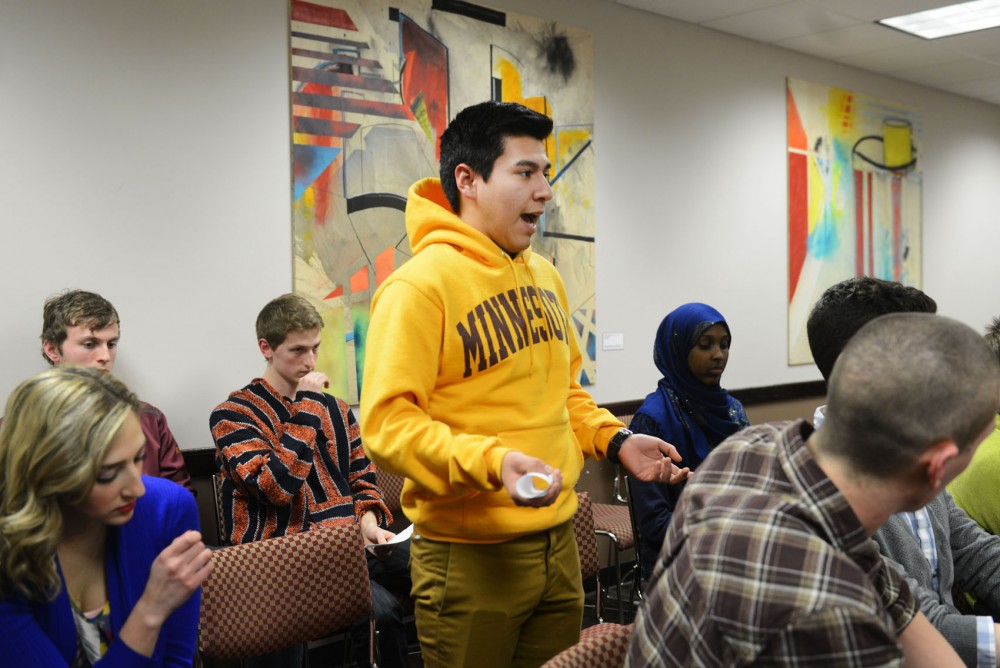 Although the overall amount recommended to student groups increased by about $350,000 from last year’s allocations, many groups weren’t recommended to get their full requests.

At the Friday forum, Minnesota Student Association President Joelle Stangler spoke out about cuts made to campus cultural centers and asked the committee to revise what she called a flawed fees process.

“I’m about to call for every group to be re-evaluated because of how inconsistent the guidelines are,” she told the committee. “The whole process is broken, and we know that because we see how many groups here need this funding and have to come here today to essentially beg for it.”

Some organizations with similar missions that affect similar communities on campus received more recommended funding than those like the cultural centers that serve a unique purpose.

Al-Madinah Cultural Center president Nora Nashawaty said because her group doesn’t have a corresponding University department, they act as a first stop for people looking for expertise in their cultural niche

“We have to be very efficient with what we have,” she told the committee, “but then we also work really hard to apply for fees, and each and every penny matters.”

Student groups fees committee chair Achintya Saurabh said if the SSFC sees demand for a specific group’s services, it will be accounted for in the final fees recommendations.

“There has to be a compelling case in terms of how [a group] impacts the student body,” he said. “How many people are you reaching? How many students are aware of your services?”

While some attending students said they thought the fees system was fair, Niko Le Mieux, chemistry senior and officer for Hellenic Student Association, a Greek cultural organization, said the process involves a lot of bureaucracy.

“I think their hearts are pure but not necessarily their actions,” he said. “They really stick to the book.”

A number of cultural groups brought up the importance of food funding for their events, such as the La Raza Student Cultural Center’s annual dance, for which the committee didn’t recommend full funding.

“It’s actually more of a cultural celebration,” economics and math junior Evert Escobar said, adding that the center needs funding to represent the diversity of Latin American food at events.

In the initial recommendations, La Raza received about two-thirds of its more than $29,300 request.

If the group’s current recommendations stay the same, La Raza officer, and biology and geography major Marco Garcia said members will use fundraising and volunteers to help make up some of the amount.

Campus Jewish organization Chabad had some funding for its full-time advisers and food budget cut, said member Zach Shartiag. The group was recommended $40,450 of its $67,700 request.

If the recommendations stand, Shartiag said Chabad will have to cut back on programming, including weekly dinners that he said usually attract 50 to 80 people.

“It’s a festive religious meal. If you don’t have the food … it just doesn’t work,” he said.

“It seems like, a lot of times, this happens to us every year,” Shartiag said.

Catholic campus group Saint Paul’s Outreach was recommended to get a little more than half of its roughly $182,000 request.

Member and industrial engineering junior David Busacker said the group will still be able to put on events, though every extra dollar helps.

“I’m not going to claim that we’re being hit on,” he said, “but definitely we are not receiving as much as we could possibly make use of.”

Though Saurabh said each group’s concerns will be examined, there is only so much funding to go around.

“Every year, the increase is because the administrative units are expanding as well, so their budget has to be taken into account,” he said.