U project could use farming to turn down urban heat

The research will monitor whether urban farms can lower the temperature in cities. 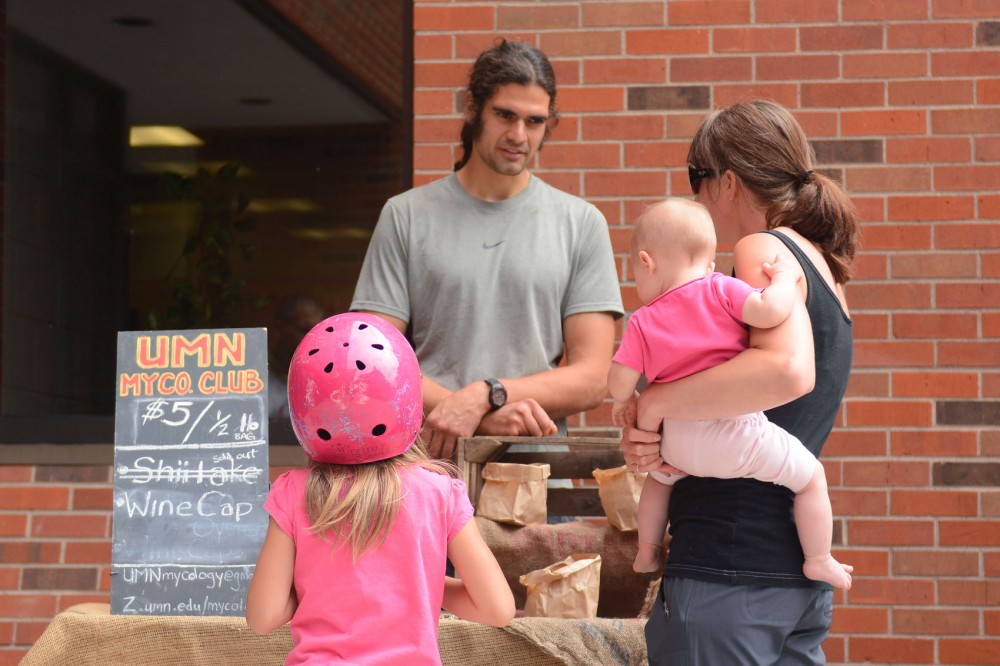 Ongoing University of Minnesota research using 200 temperature sensors placed around the Twin Cities has found that Minneapolis and St. Paul have about a 3-degree temperature difference when compared to surrounding areas.

This phenomenon of urban areas having higher average temperatures than their rural neighbors is known as the urban heat island effect, which is caused by structures like roads and buildings replacing what used to be permeable vegetation, according to the U.S. Environmental Protection Agency.

To combat the effects of heat islands, the EPA already suggests that communities increase tree and vegetative cover, install rooftop gardens, and use cooling and reflective technologies for roofs and pavements.

But this summer, new University research will explore a new way of mitigating heat islands — urban farming — which could help reduce heat in metropolitan areas while providing a source of fresh produce and groceries to cities.

This has yet to be explored, said Katherine Klink, a geography, environment and society associate professor.

Even a slight temperature difference can lead to exhaustion in city dwellers or affect those with heat sensitivity, Klink said. Urban heat islands can also drive up a city’s energy consumption, she said, as air conditioning use rises.

Now, Klink is using a $1,900 mini-grant from the University’s Institute on the Environment to monitor temperature and humidity on two St. Paul farms over the span of two years to see if urban farming can be added to that list of heat island remedies.

Klink said she has already installed one sensor at Stone’s Throw urban farm and two sensors at the future site of Frogtown Farm, whose construction will wrap up in the fall. She also put two more sensors in neighboring yards that will serve as control measures.

Because the Frogtown farm will be constructed after initial testing, Klink said her team will be able to monitor the area before, during and after the farm’s development to determine whether actively grown vegetation, permeable soil and activities like irrigation will lower the farm’s temperatures compared to nearby areas.

“If you’re farming in a city, then you’re taking what used to be an impervious surface with little vegetation and making it pervious and growing vegetation,” she said. “More of the [solar] energy is used for evaporation, and less is used for heating up the air.”

But assistant climate professor Tracy Twine, a lead researcher at the urban climate project Islands in the Sun, said she doesn’t see urban farming as a tool for decreasing the Twin Cities heat island. However, she thinks filling treeless areas with vegetation could cool down the immediate area.

“The more you can replace concrete with vegetation or more shade, the more comfortable it’s going to be,” Twine said.

Depending on its results, the project may seek funding to expand into a long-term study and be included in the Undergraduate Research Opportunities Program, Klink said. Eventually, she said, she hopes the research could sprout up even more urban farms in the Twin Cities.

“If you can demonstrate that the farms are not only good for growing food but also have a neighborhood effect — literally helping to cool temperatures in the vicinity — that might be another reason to help support urban farming,” she said.