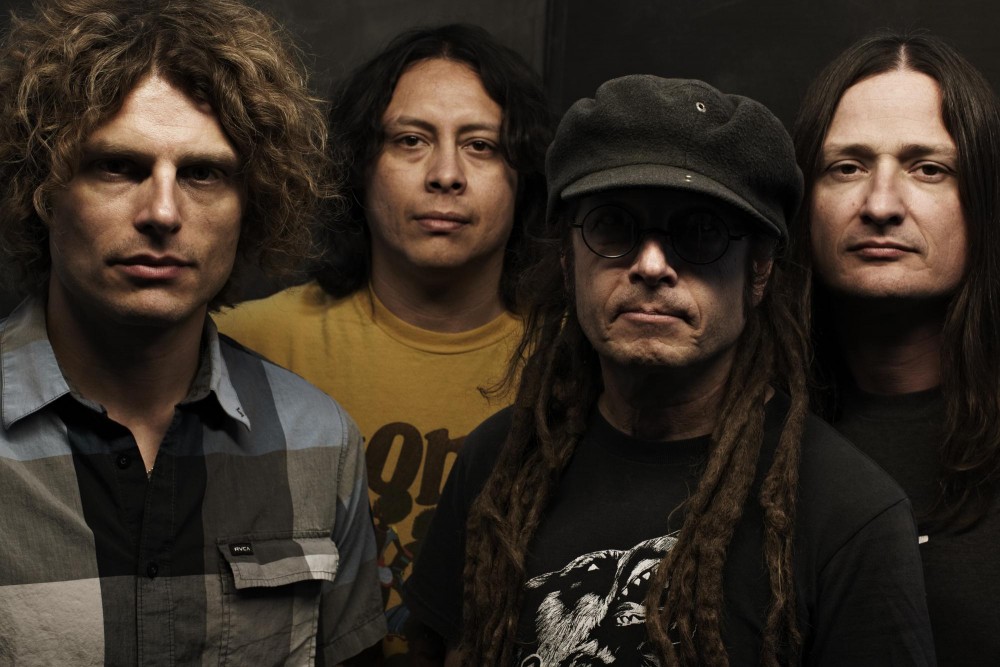 Off! will be performing at the Triple Rock Social Club April 3

If I didnâÄôt know any better, IâÄôd bet AmericaâÄôs dwindling oil supply that the aptly titled âÄúFirst Four EPsâÄù from punk group Off! was a collection of long-lost Black Flag B-sides. Admittedly, itâÄôs an obvious, albeit entirely appropriate, comparison. And with punk icon and Black Flag co-founder Keith Morris at the helm, any halfway-conscious muso should expect nothing different.

OFF! recently made headlines after being arrested in Arizona. While en route to South by Southwest, the group, which drives a biodiesel van, was stopped by local law enforcement for stealing waste vegetable oil from a nearby restaurant and will face trial April 6. But hilarious legal trouble aside, OFF! has gained the attention of everyone from aging ex-punks to the not-so-punk hipster elite.

Founded a year ago by Morris and Burning Bridges frontman Dimitri Coats, OFF! was formed in a time of professional failure. Coats had been hired to produce a long-awaited Circle Jerks reunion LP, but his ideas failed to resonate with the rest of the group. After being asked to leave, Morris âÄî who had written the bulk of the material with Coats âÄî suggested pursuing their own project together.

âÄúI was trying to help those guys write tunes because they werenâÄôt coming up with any songs that Keith wanted to sing. And as it fell apart we were just like, âÄòWell, letâÄôs just form a band,âÄôâÄù Coats said. âÄúIt was very organic, we just wrote everything in front of each other.âÄù

Clocking in just less than 20 minutes, the bandâÄôs debut release feels like a swift punch in the face. ThereâÄôs a devil-may-care attitude to the music âÄî a knee-jerk intensity that channels the visceral assault of classic punk anthems like âÄúRise AboveâÄù and âÄúSix Pack.âÄù

But despite the indisputable similarities, OFF! didnâÄôt exactly set out to be punk revivalists. Coats said the songs came naturally and werenâÄôt necessarily part of a concerted effort to emulate Black Flag.

In a musical climate rife with digital glamour and assembly-line indie rock, OFF! Is a breath of fresh air for the angsty 15-year-old thatâÄôs trapped somewhere inside us all. While punk has been de-fanged and tossed into a commercial wringer in more recent years, itâÄôs reassuring to know that pioneers like Morris still have the energy (and cajones) to remain true to form.

âÄúWe see ourselves as the Guided By Voices of punk rock. The fact that weâÄôre allowed to be middle-aged dudes and be taken seriously by kids and people of all ages is something weâÄôre grateful for,âÄù Coats said.