A&E talks with the “30 Rock” star about creative control, character acting and the future. 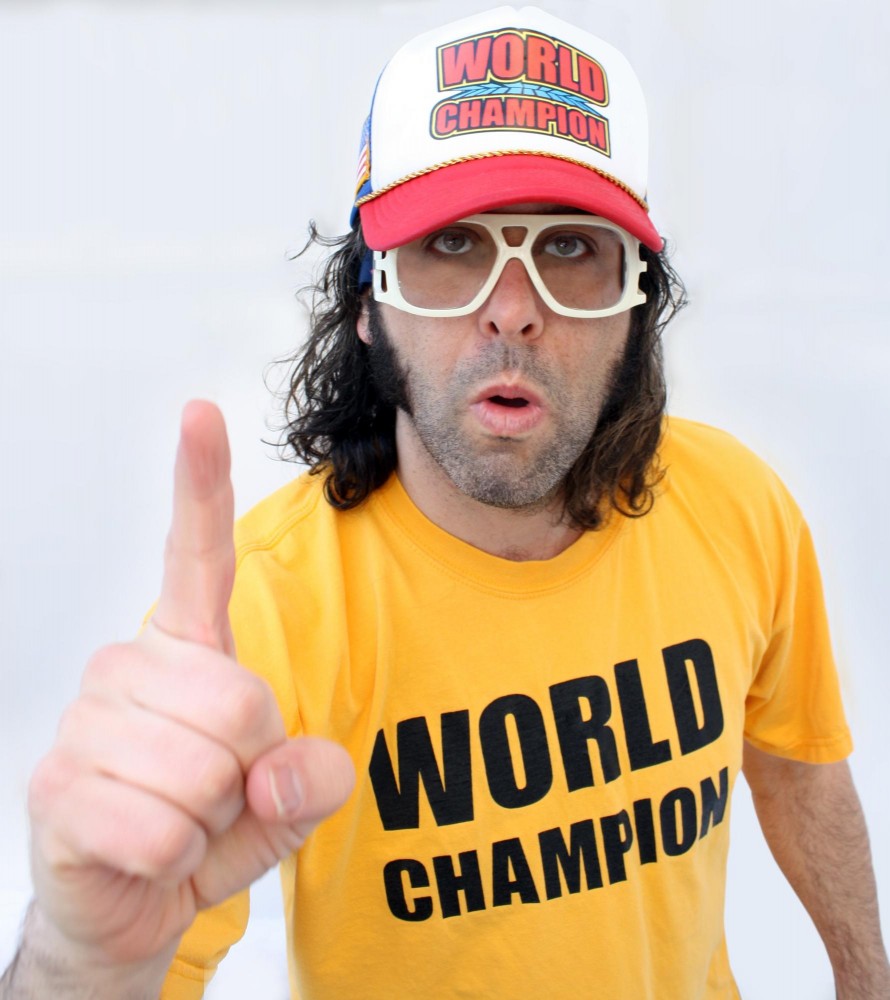 Judah Friedlander has been performing and honing his "World Champion" character for the past 20 years.

Judah Friedlander has been doing standup for more than 20 years, but he’s most recognizable for playing the role of Frank Rossitano on NBC’s “30 Rock.” He is featured in the opening credits of the show, but plays a slightly smaller role than his Ã¼ber-famous co-stars Tina Fey, Alec Baldwin and Tracy Morgan.

Last year, Friedlander released a book called “How to Beat Up Anybody” under the guise of his alter ego, the World Champion, a karate master who has a way with the ladies. Tonight he will be using a rare free moment to perform at the Varsity Theater. Friedlander recently spoke with A&E about his first book, his plans for the future and the drawbacks of starring on a network sitcom.

You just got booked to perform at Bonnaroo. Is standup your top priority right now?

I’ve been doing standup for over 20 years. That’s always been my main thing. I’ve gotten more exposure from movies and TV acting stuff. I’ve turned down a few standup specials over the years because I want to have more creative control over them. So as a result of that, I’m not really as known as much for standup stuff, even though that’s what I do best and what I like doing the most, and what I do the most.

A lot of comedians have been self-releasing specials to take creative control. You ever think of doing that?

Yeah, but I don’t think I have a big enough following as some of the guys who are releasing hour-long specials on their websites. You really have to have a massive following for that. There’s only a few people who can do that at this point. Two big projects I’m working on this summer are a standup album and my own standup concert movie, and I’ll be self-producing those. But as far as how they get distributed, that I’ll figure out later. I might sell them to HBO or Comedy Central. I’ll get to that when I get to that. I’m more of an artist than a business person. I just concentrate on making the stuff.

Your character, the World Champion, is like an on-and-off stage persona. How long do you think it will last?

Even when I’m billed as the World Champion doing standup, not everything is sports and karate jokes. I do tons of material that is not related to being the greatest athlete in the world. Certain jokes I do, even if I’m in character, are not exactly World Champion material. It’s not like in my act I can only have the show revolving around one thing. I’ve been doing it for a really long time. My act has always been very joke-driven and audience interactive. I really work the crowd a lot and come up with stuff on the fly. In the past 10 years, the longer I’ve been doing standup, the stronger my persona has grown. The whole persona of the World Champion developed slowly over years, it wasn’t like I woke up one day and thought of a gimmick. It was something that slowly evolved. Even now it’s something that keeps growing and changing. In a few years, he won’t be talking about politics like he might be now. It’ll be something else.

What is it like committing so fully to such a silly character?

That’s one thing I might explore in my movie. The movie I’m working on is part documentary and part concert movie. It might explore the differences between the World Champion and the regular everyday Judah. I think that’s one thing that’s cool about the persona, is that when that gets strong, it opens you up to explore other places as well. You can be 100 percent dedicated to a character, and still be doing other things. Things are always changing.

How are you and Frank, your character on “30 Rock,” different?

A big difference between me and Frank are that Frank always goes with the easy joke. In season 2, Jenna (played by Jane Krakowski) starts getting fat, so Frank is right there with a fat joke. I, personally, would never do that. If there was a fat person heckling me in the crowd, I’d slam them back, but never with a fat joke. Frank is quick to go that direction. Or he’s always playing practical jokes on people. I’d never play a practical joke on someone because I think they’re invasive and mean, and ultimately not very funny.

People often have a hard time separating eccentric TV characters from the actors that play them. Is it that way for you?

You’ve also acted in a lot of films, comedies and dramas.

I like doing that. Before “30 Rock,” I’d do a few movies a year. I really like doing the whole chameleon thing. Having a completely different look and acting completely different. Filming “30 Rock” is about eight months out of the year, so there’s usually no time to do them. And then when summer comes around, I’ve already been filming so much that I just want to focus on standup. I don’t go after them that much.

The things I really want to do are: get back to making good movies, whether they are drama or comedy. Even in dramas, I can add a lot of humor to those roles, so it could be a real mix. And I definitely want to start making my own movies, as well. The next few projects for me are the album, standup movie and then to start making my own scripted movies. Low budget exploitation-type comedies.

With “30 Rock,” the book and films you’ve done, your time to do standup is very limited.

I should already have put out five albums and three specials at this point. And I have none, so I really need to get that stuff out there. Sometimes when you’re working on certain things, it’s harder to get other things done. Especially being on a TV show. Certain parts of your life are on hold doing it because it takes up so much time. And sometimes “30 Rock,” depending on how much they’re using me, it takes more or less time, but I’m certainly always on hold. It can be a little frustrating. You like to have freedom, but I’m not complaining. I have no control over getting a bigger role or whatever. I just show up and do the best I can.