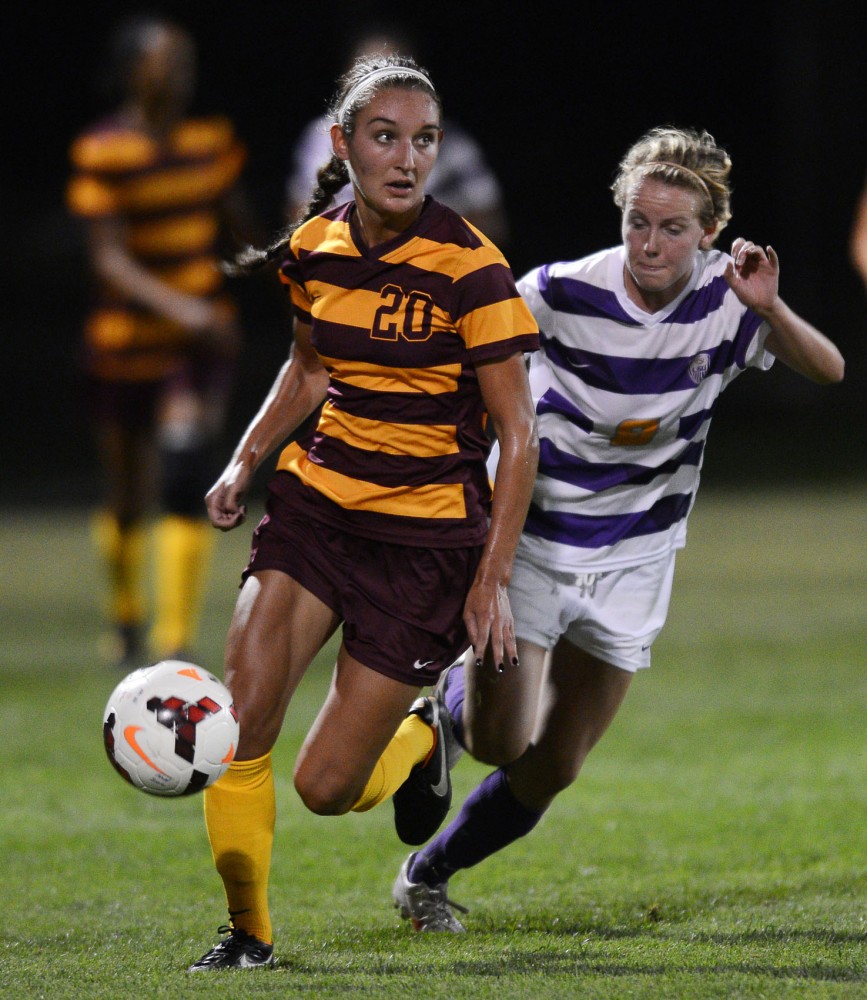 The Gophers barely snuck into the Big Ten conference tournament this week.

But regardless of this week’s results, Minnesota (11-6-2, 4-5-2) is a strong bet to receive an at-large bid when the NCAA selection committee announces its tournament bracket Monday, ESPN women’s soccer analyst Graham Hays said.

“I’d have to say they’re fairly safe,” he said.

Hays said the Gophers sport a stronger tournament resume than the likes of Big Ten counterparts Wisconsin, Illinois and Iowa — all of which finished ahead of Minnesota in the regular season conference standings.

“After [Michigan, Penn State and Nebraska], Minnesota’s safer than the other teams in the league,” he said.

Minnesota has wins over Big Ten powerhouses Penn State and Michigan — both tournament locks. The Gophers had success in the nonconference schedule as well, with wins over Louisiana State, Ole Miss and Illinois State — all top-100 teams in the RPI.

“If you have a team ranked in the top 25 of the RPI and has the resume [the Gophers] do, there’s just no precedent for them to be left out,” Hays said.

Hays said the RPI favors the Big Ten this year, and the conference could get as many as nine teams into the NCAA tournament — including Ohio State, which failed to qualify for the Big Ten tournament.

The Gophers take on top-seeded Nebraska in the Big Ten quarterfinals Wednesday.

She posted a league-high 114 saves to go along with four shutouts and a .870 save percentage.