Blood Stripe to open in wide release on Sept. 29

The film, created by actors Kate Nowlin and Remy Auberjonois, portrays the often-overlooked story of a female veteran returning from combat. 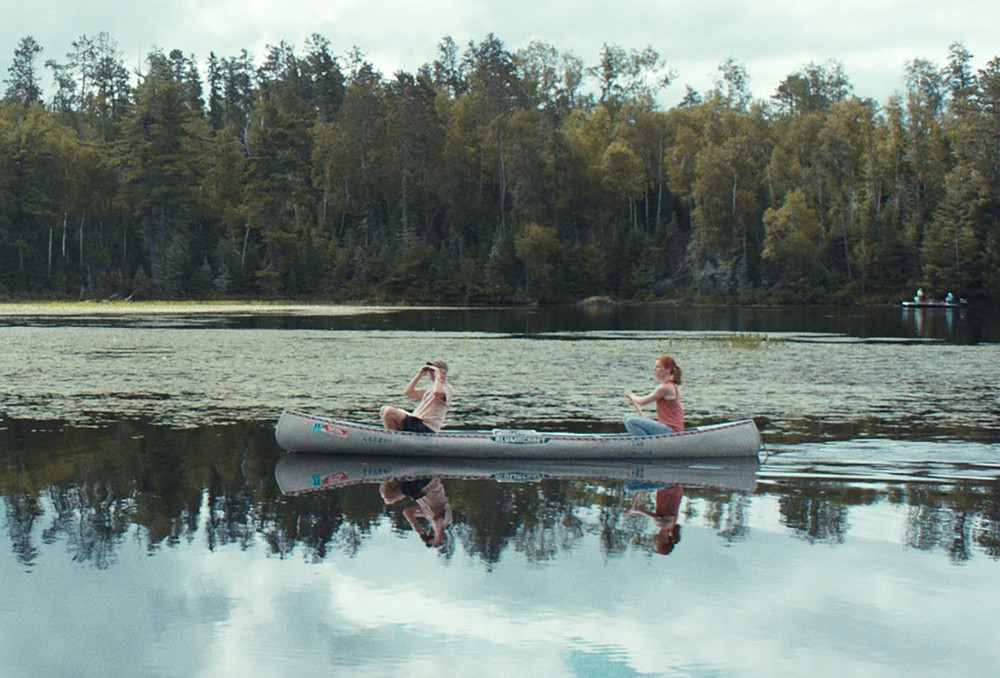 Remy Auberjonois and Kate Nowlin are actors familiar with the Twin Cities and greater Minnesota. When the couple decided to create a film together, they first devised a setting, not a plot.

“We were inspired to create the portrait of a strong woman on somewhat of a solo journey up North,” Nowlin said, who plays the lead character, Our Sergeant. “The location for the movie came first … My grandmother lived there. I … was inspired by a lot of women who live [alone] up there year-round, just south of the Canadian border.”

In the film, Our Sergeant returns from service in Afghanistan to face mental trauma and PTSD from her time in the Marines. In an attempt to escape these problems, Our Sergeant runs to Lake Vermillion in the northern woods of Minnesota and finds refuge at a summer camp.

Not only did the film’s Minnesota location inspire the story, it aided the production of “Blood Stripe” as well.

“There’s a uniqueness to that landscape that becomes a character in the movie,” Auberjonois, who directed “Blood Stripe,” said.

Nowlin’s transformation into Our Sergeant required both physical and emotional research.

“In the spring, I started the physical training. I worked out with a trainer at a gym, who essentially tried to put me through his version of a boot camp … I was doing something six days a week, running and training and cross-training and building muscle mass,” Nowlin said. “I learned how to stretch and maintain because there was no room for injury. I was the central character, and I’m in most of the film, so … my main goal was to get strong, but second to that … was to not get injured.”

In their writing process, Auberjonois and Nowlin created Our Sergeant from a variety of stories and experiences from veterans, which let them build a character that spoke to general themes of veteran experience.

“Most people assume that [women] have not served. Most people do not assign the role of ‘warrior’ to a woman, [so] our returning female service members feel somewhat unrecognized for their service,” Nowlin said.

Nowlin also drew on the complexity she saw in the women in her own life.

“A lot of women I know compartmentalize … and are many different things at once,” Nowlin said. “And so as a professional actress … I was really interested in exploring and building someone who is … at once strong and vulnerable, who is aggressive and submissive, who is all these things at once.”

“Blood Stripe” was filmed over just 16 days, a constraint that required the script, and the entire crew, to stay flexible and open to change.

“[Filming] was a sprint … We shaped it … and reshaped it and did some restructuring and rethinking to fit it into a really constrained schedule,” Auberjonois said. “We couldn’t settle into the scenes and do them over and over and over again … Kate, and the rest of the cast, [were] doing two, three takes of each set-up, and then if I felt I had something, we would move on because we didn’t have the money for overtime either.”

While Nowlin and Auberjonois are practiced actors, the process of co-writing a script was a first for the duo.

“We were looking to hire on a friend and have a real screenwriter … but we couldn’t pay anybody, and our friends are quite talented and tend to get paid for their work,” Nowlin said. “I was compelled to write because I knew we knew this place better than anyone. And I knew it would be a deep exploration into something, and I probably wasn’t going to be pleased with it any other way.”

“Blood Stripe” is at the end of its festival tour and will open in wide release Sept. 29. Auberjonois and Nowlin only hope that filmmaking initiatives in Minnesota continue beyond their work.

“Minnesota is an incredibly diverse place, in terms of resources, local cast and crew, talent [and] scenery,” Nowlin said. “You can be up in northern Minnesota and there’s the glacier lakes and an iron mine … There’s a variety of things that could be made up there and down in the Twin Cities and throughout the state. We feel that it’s a really hospitable community for production … We hope that it is something that just continues to grow.”