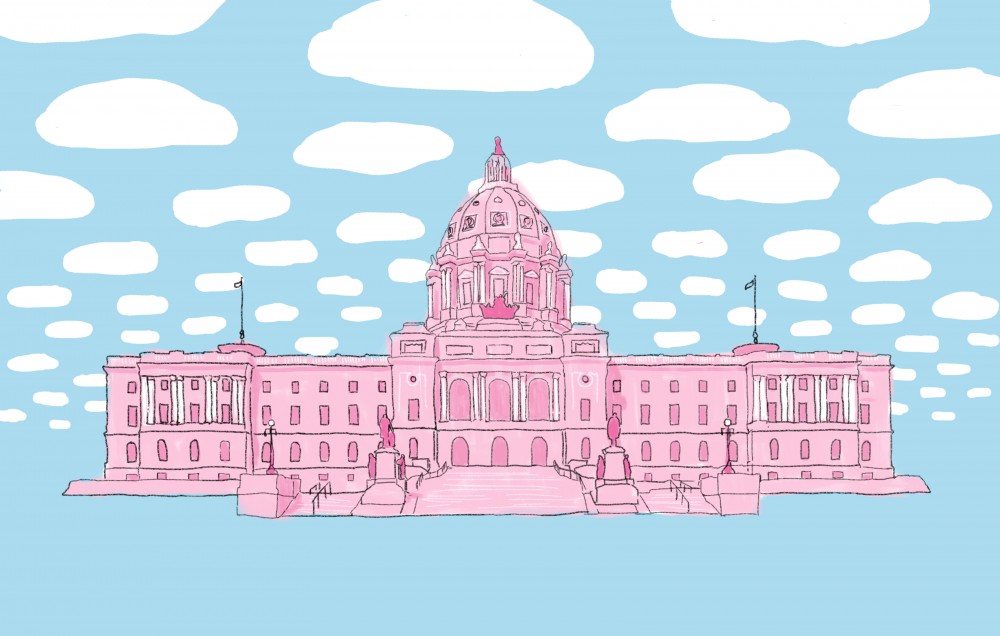 The posting was taken off the website in early May after a conservative news organization published an article on the topic, which sparked discussion about the fellowship among anti-abortion groups, University officials and lawmakers.

Medical School Dean Jakub Tolar said in a statement the fellowship, which was slated to begin this upcoming fall, was delayed for at least one year while the medical school examines the “value” of the training.

Funding for the fellowship would have been provided by the Reproductive Health Access Project, said Lisa Maldonado, RHAP’s executive director. After completion of the program, the fellow would be encouraged to remain in reproductive health following the conclusion of the fellowship with Planned Parenthood in St. Paul. RHAP has sponsored and funded similar fellowships around the United States for the past 10 years.

According to a University spokesperson, a May 3 article published on Campus Reform, a conservative higher education news source, was “the first external discussion of the position.”

The article, titled “University of Minnesota to teach doctor to train abortionists,” included job requirement information and an image of a doctor wearing a bloodied lab coat.

One day after the article was published, Minnesota Citizens Concerned for Life, an anti-abortion advocacy group, contacted University President Eric Kaler and state legislators to express concern about the fellowship.

Members of MCCL first learned about the fellowship from Campus Reform’s May 3 coverage, MCCL Director of Communications Bill Poehler said.

Noah Maldonado, president of anti-abortion student group Bulldog Students for Life at University of Minnesota Duluth, said Toni Airaksinen, a higher education news correspondent for Campus Reform who wrote the article and two follow-ups, forwarded the job posting to the student group prior to publication of the May 3 article.

On May 8, Campus Reform posted a second article stating that the University was no longer hiring for the position following “student outcry.”

Students cited in the article said they were first made aware of the fellowship by Airaksinen. However, Airaksinsen said Campus Reform did not attempt to get the position removed by writing the May 3 article.

“We just report on topics of interest that our readers are often interested in, and this was one of those issues,” she said.

Abortion opponents expressed concern the fellowship would have relied on resources from a public University.

“It’s egregious … to think … our tuition dollars would be complicit with this, what we see as a very grave injustice,” Noah Maldonado said.

After legislators were contacted by MCCL, Tolar sent a letter addressed to Sen. Michelle Fischbach, R-Paynesville, laying out the fellowship’s future at the University.

“In the future, we will have a more robust and comprehensive review process for positions and training programs to ensure proper due diligence and proper notification to stakeholders,” Tolar said in the letter. Around the time lawmakers were informed of the fellowship, they were also tasked with electing a new Regent to the University’s Board of Regents to fill Regent Patricia Simmons’ seat. The fellowship played a role in the election of Regent Randy Simonson, according to several state lawmakers.

Sen. Jim Abeler, R-Anoka, said he was surprised by the fellowship, adding it was the latest of several University controversies.

“I just couldn’t believe it. Anytime you bring up abortion, it’s a serious topic, so it was like here you go again, and this week of all weeks,” Abeler said.

At a May 7 meeting of the House and Senate higher education committees to nominate regent candidates, Abeler asked candidates how they would deal with the fellowship and “controversial research.”

Simonson took a strong position against the fellowship and all abortion and stem cell research at the University.

“Of course, this is a very controversial issue and I think the University, in most cases, should try to stay away from those kinds of things,” he said to the joint committee. “I would not be a sponsor of this.”

After Simonson was eliminated during the third round of voting, candidates Brooks Edwards and Mary Davenport were nominated to the floor of the joint convention. Many Republicans who supported Simonson moved their support to Edwards.

However, on the floor of the joint convention on May 10, Simonson was elected with strong Republican support. Most Republicans who voted for Edwards changed their vote to Simonson when he became the clear Republican favorite.

Abeler said there was no agreement to vote for Simonson among Republicans, but the fellowship controversy started a conversation that led some to support him.

“There was no discussion saying, ‘we’re going to support [Simonson].’ Up until then, no one cared about the fellowship. But after it was announced, it sort of became ‘who would best represent us on this issue?’”

Poehler said the controversy over the fellowship led some legislators to factor Simonson’s comments into their votes.

“I think the legislators felt … the intention to train an abortionist for Planned Parenthood would train other abortionists and become an advocate for abortions on campus was way out of the scope of the mission of the University of Minnesota,” Poehler said.

Regent Steve Sviggum, who served in the House as a Republican from 1979 to 2007, said abortion issues never came up in Regent elections during his time in the legislature or on the Board.

“When I was there … I don’t think [abortion] ever became part of the decision of who was a Regent candidate,” he said.

Democratic lawmakers voiced concern that a stance on abortion could have been a factor in Simonson’s election. Many Republicans intended to support Simonson following the joint committee, knowing he could be nominated from the floor, Rep. Jennifer Schultz, DFL-Duluth, said.

Taking a strong stance against abortion training and stem cell research at the University goes against academic freedom, Schultz said.

“It shouldn’t matter in a position on the Board of Regents whether someone is pro-life or pro-choice,” she said.

Correction: A previous version of this story misstated fellowship information. The fellow would be encouraged to remain in reproductive health following the conclusion of the fellowship with Planned Parenthood in St. Paul.