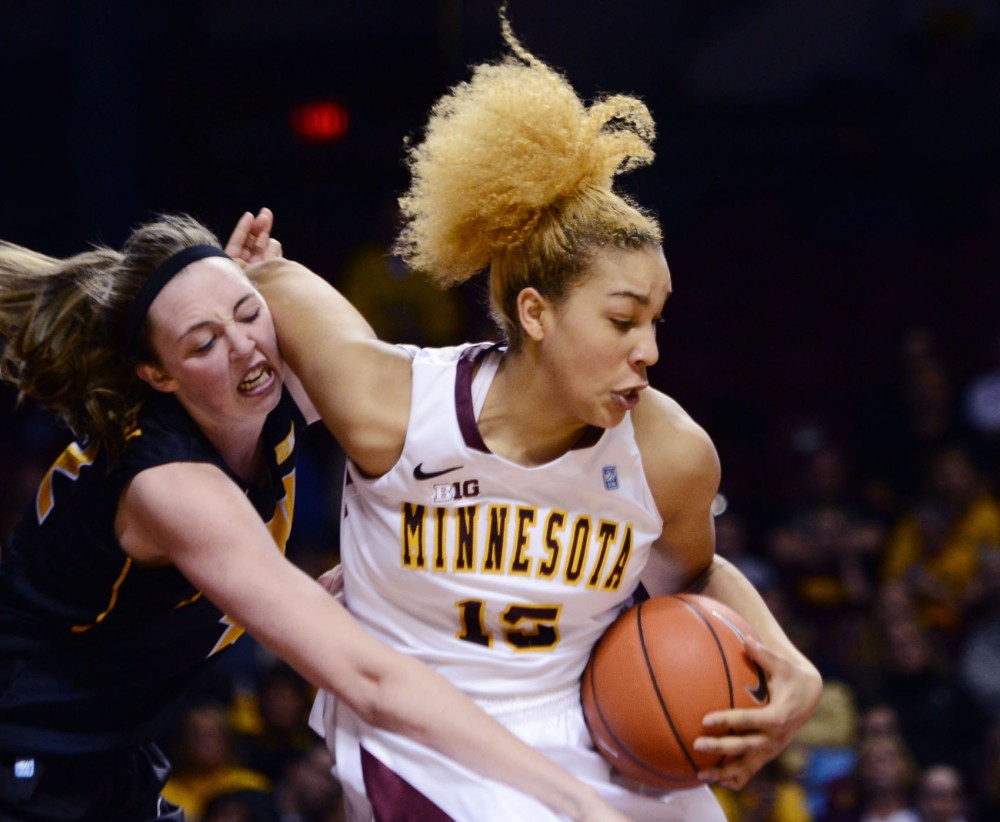 Minnesota forward Michëlla Riché takes the ball to the hoop against the Hawkeyes on Thursday, Feb. 7, 2013, at Williams arena.

There’s something about playing on the road that the Gophers women’s basketball team can’t figure out.

Minnesota, fresh off a 72-60 home win over Iowa, scrapped and fought at Illinois on Sunday but lost 76-66.

The Gophers are 1-6 on the road and 4-7 in the Big Ten with five conference games left.

Minnesota head coach Pam Borton said last Tuesday that the team’s goal is to finish with a .500 conference record. To make that happen, the Gophers will likely need to win their last three home games and steal one on the road.

The Gophers had several chances to take the lead down the stretch Sunday, but Illinois played a zone defense that forced the Gophers into untimely turnovers and tough shots.

Rachel Banham led Minnesota with 17 points. She was in attack mode early, but her shots didn’t fall. She finished 4-for-14 from the floor.

Both squads started out slowly before picking up the pace offensively midway through the first half.

Banham didn’t make a field goal in the first half, but the Gophers still hung around and trailed by just five at halftime.

They crawled back from several small deficits throughout the second half before fizzling out at the end.

Minnesota had no problem closing out Iowa on Thursday when Banham had 34 points, including a late NBA-range three-pointer with the shot clock winding down.

In the win, Banham passed former Gophers great Lindsay Whalen for most points scored through her sophomore season.

“I had a lot of confidence. I was attacking the rim,” Banham said Thursday. “That’s something I needed to do from the start.”