Multiple thefts reported on and around campus

Incidents of robbery and assault were also reported. 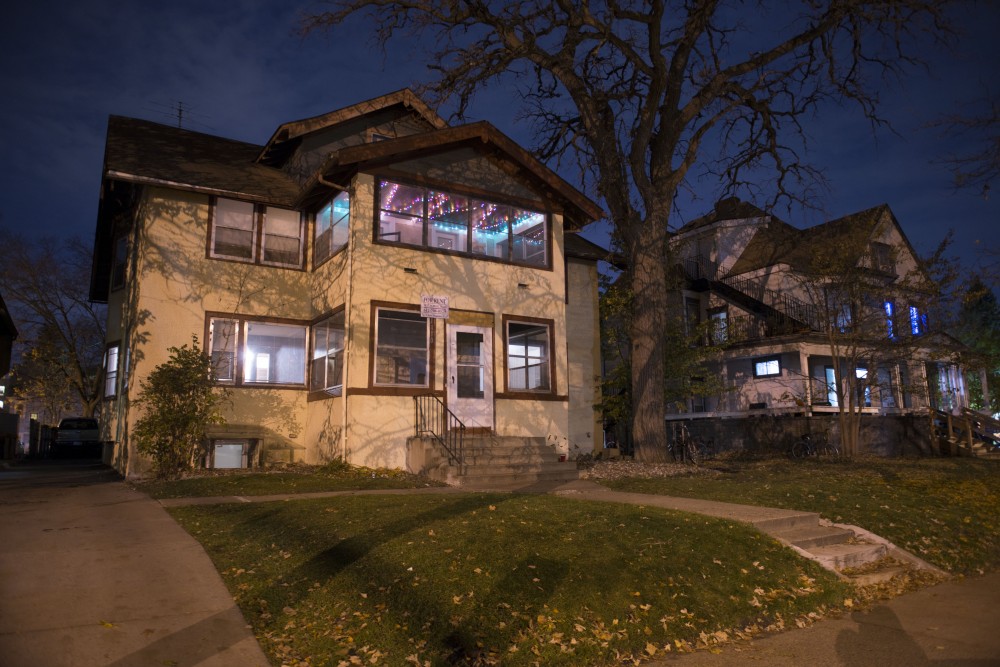 A University student reported having his car stolen after his keys were taken from an unlocked room in his fraternity house at 1110 5th Street SE, as seen on Monday, Nov. 6.

A University student reported having his car stolen after his keys were taken from an unlocked room in his  house at 5th Street SE on Nov. 4 at 11 p.m. An MPD officer responded to the report on Sunday at 3:49 p.m.

A UMPD officer was dispatched to 112 University Ave. on Saturday at 2 p.m. after a student reported having his moped stolen from a parking lot. The theft reportedly took place between Oct. 30 at 2 p.m. and Oct. 31 at 5 p.m.

MPD responded to a report of a stolen vehicle at 806 6th Street SE on Friday at 4 p.m. The victim discovered her car was missing on Saturday morning. Minnesota State Patrol recovered the vehicle later that day.

An MPD officer responded to a report of an aggressive robbery on 15th Avenue SE and University Avenue SE on Oct. 31 at 9:15 p.m. The suspect was gone upon the arrival of the officer, and the victim declined medical assistance. No valuables were taken.

MPD responded to an assault reported at 2812 University Ave SE on Oct. 31 at 4 p.m. The victim and suspect worked together at a hotel and had been fighting for the past few months. The male victim reported being struck on the top of the head by the suspect. The victim did not sustain any physical injuries.

Correction: This article has been updated to clarify one of the addresses