About 160 people participated in a two day crash course for new beekeepers. 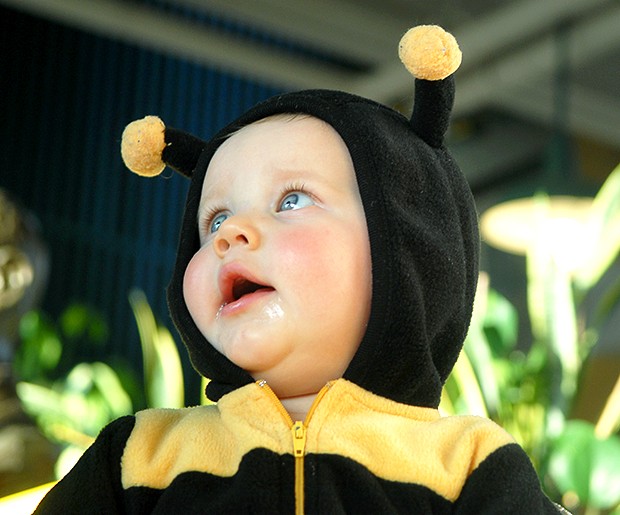 Nearly 160 people from as far as Florida and Michigan spent the weekend buzzing around Borlaug Hall on the University of MinnesotaâÄôs St. Paul campus learning the basics of beekeeping. The group of aspiring beekeepers was part of the âÄúBeekeeping in Northern ClimatesâÄù short course, a two-day program run annually out of the University extension office, which aims to teach beekeepers everything they need to know to get bee colonies up and running. Entomology professor Marla Spivak , who helped teach the course, said while itâÄôs possible for a beginning beekeeper to pick up the hobby on their own, learning the basics in a class or from a mentor makes it much easier. âÄúBeekeeping is an art and itâÄôs a craft and itâÄôs a science. ItâÄôs very difficult to learn from a book,âÄù she said. âÄúYou can. But then people always end up coming back here.âÄù Even though heâÄôs been keeping bees for years, Douglas Joyer said he took the course because heâÄôs never had formal training and wanted to get a âÄúmodern perspective.âÄù âÄúIâÄôm here to brush up,âÄù said Joyer, who works on a farm in Lino Lakes, Minn. âÄúEverything that IâÄôve learned has been through family members.âÄù Joyer said he uses bees to help pollinate on his farm and was particularly interested in learning about disease issues in bees, which was covered extensively in the course. Other lectures during the course dealt with bee biology, managing a hive and collecting honey from the bee colony. Attendees were also introduced to the tools of the trade by Gary Reuter, a scientist in the entomology department. âÄúThe first thing youâÄôre probably going to want as a new beekeeper is some personal protection gear,âÄù Reuter said as he showed off a bee suit and veil. âÄúOne of the most important things is that you feel safe.âÄù Trying to give 160 people a crash course in beekeeping over two days is tough, Reuter admitted, especially because the program has seen an explosion of interest, jumping from about 30 participants each year to having the class this year filled before the end of January. Spivak said because the program has been around so long âÄî extension courses in beekeeping have been taught at the University as far back as the 1920s âÄî it now runs âÄúlike a well-oiled machine.âÄù The teachers try to keep it simple for the new beekeepers, Spivak said, by teaching them a beekeeping method they know works. âÄúWeâÄôre showing them one tried and true, kind of foolproof method to get them going for the first two years of beekeeping,âÄù she said. Jon Kniskern , one of many aspiring beekeepers in attendance, said âÄúbeekeeping is a new thing for me,âÄù but heâÄôs familiar with the insects. âÄúIâÄôve been stung many times,âÄù he said. Traveling all the way from Marquette, Mich., to spend a weekend with his daughter who is a University graduate student, and to take the beekeeping course, Kniskern said heâÄôs planning on taking up beekeeping as something fun to do that also helps an important pollinator. Spivak cited the benefits bees provide as pollinators to nearby gardens and farms, estimating the economic impact at $14 billion worth of agricultural commodities annually. âÄúPeople are just realizing that we need bees to pollinate gardens and fruit trees and wildflowers,âÄù Spivak said. âÄúItâÄôs really important to keep bees out there.âÄù