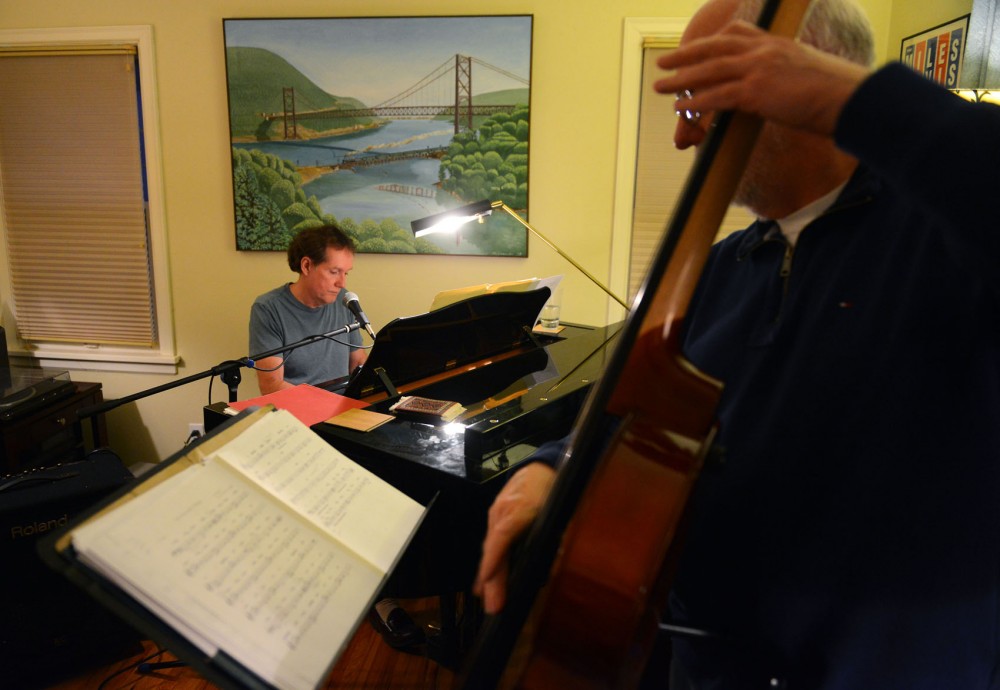 After receiving applause from a packed audience at Jazz Central, Larry McDonough and his quintet decided to bring their Chet Baker tribute concert to the Dakota Jazz Club. McDonough, an adjunct law professor at the University of Minnesota, will play a concert honoring BakerâÄôs music at the Dakota Jazz Club on Thursday. McDonough banded together four other Minnesota musicians for the occasion: trumpeter Steve Kenny, saxophonist Richard Terrill, bassist Greg Stinson and Dean White on drums. âÄúI really didnâÄôt see it coming that it would be that popular. We all had a lot of fun doing it, so I thought, âÄòWell, we should book some other shows,âÄôâÄù McDonough said of their debut performance at Jazz Central. Aside from performing more concerts throughout the rest of the year, the group may produce an album with their show material, McDonough said. In the first act, the quintet will perform material synonymous with Baker, the famous jazz trumpeter and vocalist. The second act consists of both McDonoughâÄôs original tunes and other jazz pieces that blend with BakerâÄôs style. Baker rose to stardom in the âÄô50s for his trumpet playing and soft vocals. A lifetime of drugs and visits to jail took him out of the spotlight, though he made a comeback in the late âÄô70s and âÄô80s before his death in 1988. âÄú[Baker] kind of coasted through life and did the minimal amount to get by,âÄù McDonough said. âÄú[He] found material that worked for him, and he just kept doing it âÄ¦ so I chose some pieces that I think he should have expanded his repertoire to do.âÄù In between songs, McDonough and Kenny will provide context about BakerâÄôs life. Terrill will perform two poems that he composed for the show: one about Baker and one about pianist Bill Evans to go with their performance of EvansâÄô âÄúSome Other Time.âÄù âÄúItâÄôs kind of a tribute to his music and a discussion of his life,âÄù McDonough said. Kenny said McDonoughâÄôs singing style shares the same frailty of BakerâÄôs croons. For most of McDonoughâÄôs career, people have compared his voice to that of BakerâÄôs. The recurring comparison first gave McDonough the idea to dig into BakerâÄôs music and, eventually, curate the concert. McDonough said that for the Baker concert, he adjusted his singing for a closer impersonation. âÄúI had to rein back my emotional side of singing a little bit, so itâÄôs a little cooler,âÄù McDonough said. When McDonough isnâÄôt nailing jazz standards on stage, he teaches âÄúPoverty LawâÄù at the University, from which he graduated in 1978 with a degree in music education. In addition to creating the course âÄúPoverty Law,âÄù McDonough also brought the âÄúHousing Law ClinicâÄù to the school, where students represent clients under the supervision of a professor or lawyer. He has also taught similar courses at the University of St. Thomas, Hamline University and William Mitchell College of Law. Outside of his work as an attorney, McDonough continued to pursue music on the side, working as a âÄújobberâÄù for much of the âÄô70s and âÄô80s. In 2007, he was inducted into the Minnesota Rock Country Hall of Fame for his gig with DannyâÄôs Reasons. In the âÄô90s, McDonough focused more on his solo work and released eight albums. In the past 15 years, McDonough has collaborated with musicians including Benny Golson, Fred Wesley and Duane Eubanks. McDonough said keeping up his two passions of law and music allows him to explore opportunities on each side. He finds both crafts require intellectual and artistic aspects. Similar to how a lawyer crafts an argument on the spot, McDonough said jazz requires a comparable amount of energized improvisation. McDonough, Kenny and Terrill said that in their improvisation, the ensemble enjoys synchronicity with ease. Following a tune at Jazz Central, Terrill and Kenny improvised for five minutes, going back and forth on saxophone and trumpet. âÄúWe were all just kind of using our serendipity that weâÄôve acquired over decades of playing jazz,âÄù Terrill said. âÄúI expect there to be more of that type of thing because some of the pieces weâÄôre playing are difficult, but some of them are really in the pocket; everyone can just kick back and blow.âÄù What: âÄúChet – The Beautiful Music and Tragic Life of Singing Trumpeter Chet BakerâÄù When: 7 p.m. Thursday Where: The Dakota Club, 1010 Nicollet Mall, Minneapolis Cost: $5