Up to 20 families who feel unsafe or have been displaced by riots or looting will be able to take refuge at the charter school this weekend. 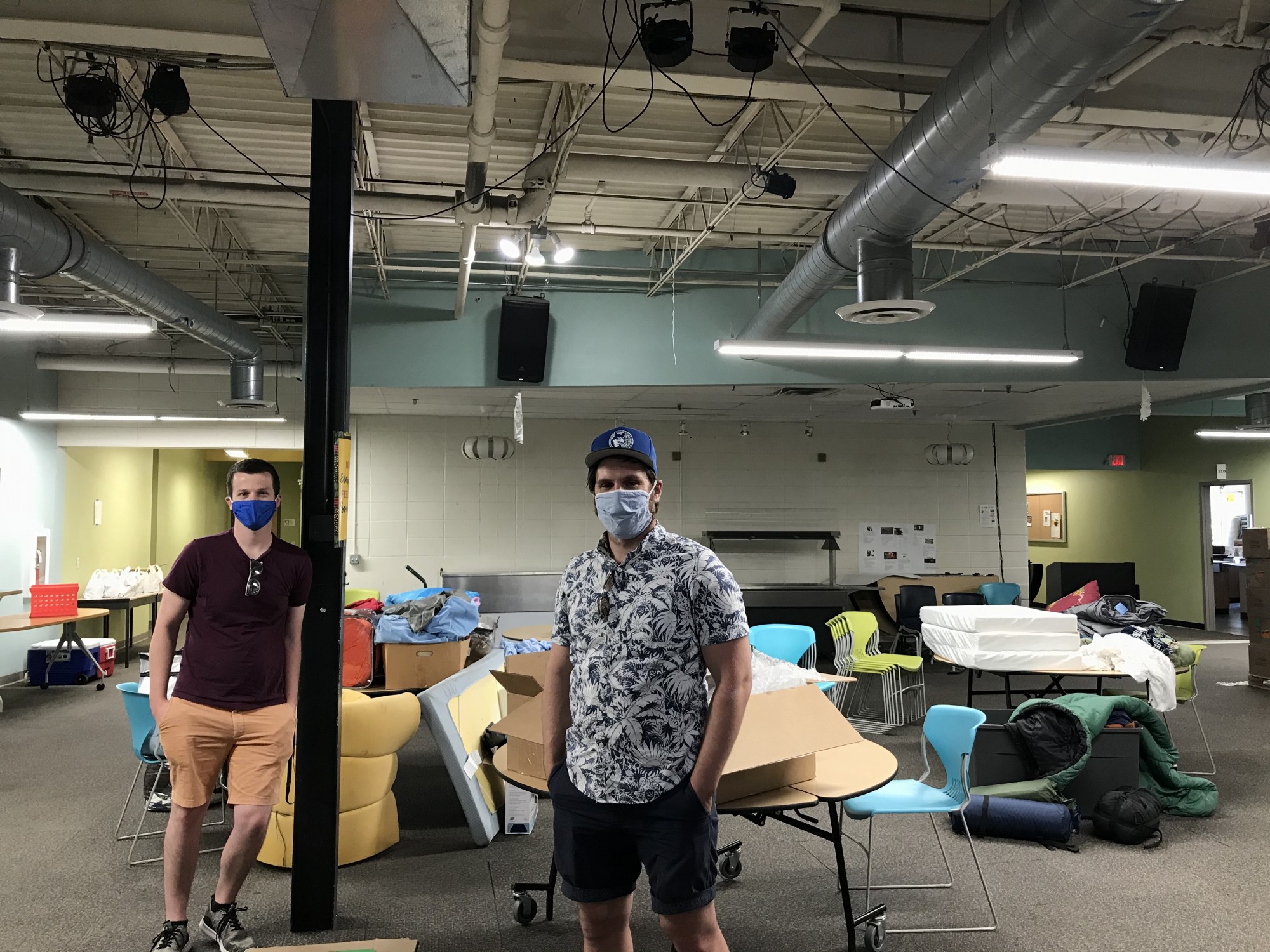 Mike Buttgereit, left, and Michael Warner, right, stand for a portrait in a central hall at Venture Academy on Saturday evening. The public charter school is open over the weekend as a shelter for families seeking refuge from protests and unrest.

Venture Academy in Stadium Village has temporarily transformed into a shelter for families displaced by additional protests, riots or looting anticipated this weekend following the killing of George Floyd.

Approximately 90% of Venture Academy students reside near the Lake Street area of South Minneapolis or around West Broadway Avenue in North Minneapolis – two of the areas hit hardest from this week’s rioting – said CEO and Head of the School Michael Warner.

“Our students are getting hit with multiple pieces of historical trauma that are really intense,” Warner said. “They’re dealing with a pandemic, and then to see George Floyd – a man who looks like them – murdered in their neighborhood, it’s traumatic.”

Warner added that riots and looting in students’ own neighborhoods can easily intensify the fear and anxiety they were already feeling from Floyd’s death.

Though the decision to open up the school was made Saturday afternoon, within hours more than a dozen educators and community members donated supplies, including food, water and bedding. Masks and gloves are available for families, as well.

To maintain social distancing measures in light of the COVID-19 pandemic, each family seeking refuge will have their own classroom. With 20 classrooms, Venture Academy can temporarily house up to 20 families.

Warner said that although he expects most families to shelter in place or stay with relatives over the weekend, he wanted to provide them a safe alternative.

“A lot of them have been really scared, and it’s been difficult for a lot of our kids,” said Mike Buttgereit, a math teacher at the school who volunteered there Saturday evening.

According to Warner, shelter services will be provided Saturday and Sunday, with an anticipation of significant violence or rioting in Minneapolis. Though nearby businesses have been boarded up, Warner has little concern about being a list on potential target locations.

Venture Academy has roughly 70 faculty and staff members and 350 students.

“It’s hard because we can see [students] in-person with the pandemic. Many are shocked and angry, but we just wanted to make sure that if things get too intense in their neighborhood tonight, they can come here,” he said.