Gophers seek No. 3 seed in Big Ten tournament as season winds down

Minnesota will face Indiana and Purdue this weekend. 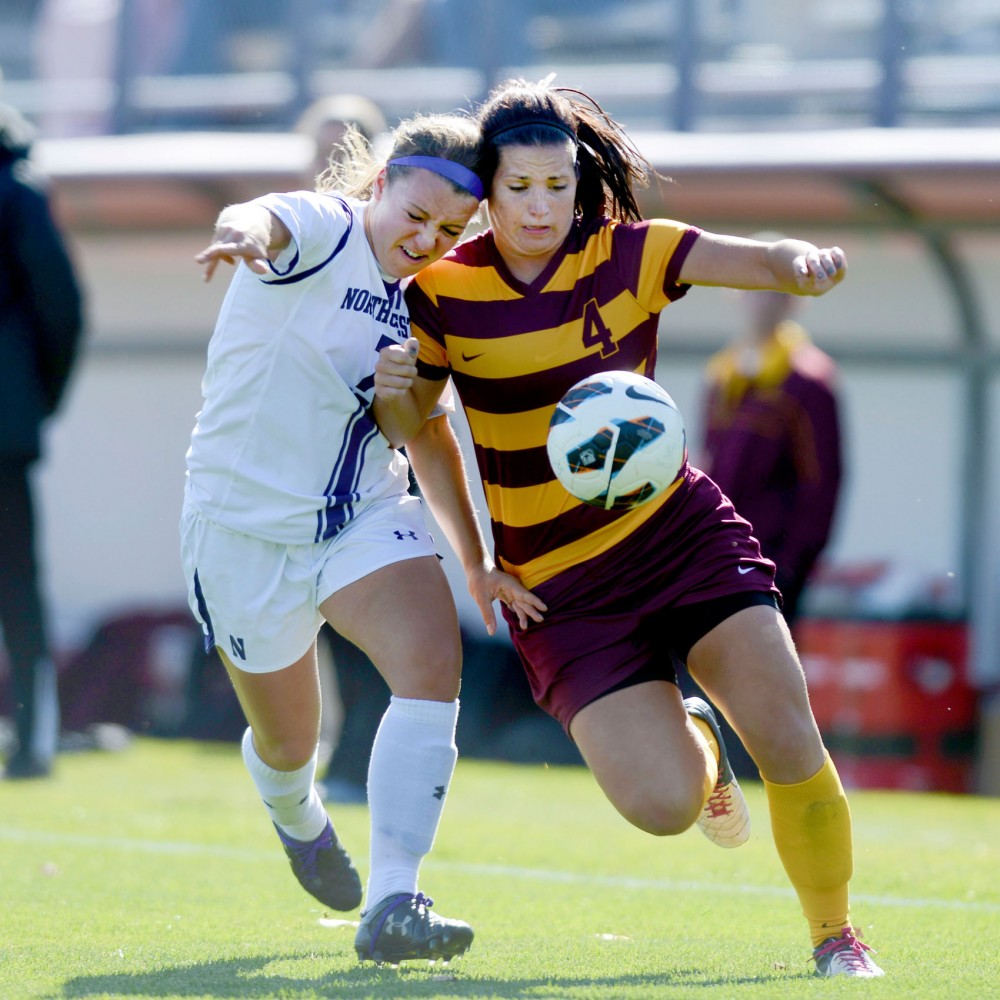 With just three games remaining in the regular season, the Gophers are in a good position.

And they know it.

With wins over Illinois and Northwestern last weekend, the Gophers picked up six big points. They currently have 13 points, which is tied for fourth in the conference.

They beat the team they’re tied with, Illinois, 3-0 last weekend.

“We’ve got a great opportunity in front of us, and that’s what we’re presenting to the girls,” assistant coach Deana Waintraub said.

Minnesota (9-6-1, 4-3-1 Big Ten) will head south this weekend to face Indiana and Purdue. The following weekend, it will play at Nebraska to close out the regular season.

The team is currently 0-2 in Big Ten road games, but its next three opponents on the road aren’t as strong as its first two.

“We have an excellent opportunity in front of us,” Waintraub said. “We’re just going to articulate our ability to finish third [in the conference].”

Minnesota lost on the road to Ohio State, which is third in the conference standings. It also lost to then-No. 8 Penn State, a Big Ten women’s soccer powerhouse.

Indiana, Purdue and Nebraska are hardly powerhouses. The three schools are all currently in the bottom five of the Big Ten conference standings.

“It’s three teams that are below us, so hopefully we can get three wins. That’d be huge for Big Ten tournament and NCAA [tournament] hopes,” sophomore forward Taylor Uhl said.

Despite a weekend sweep, the Gophers didn’t come out looking sharp Sunday.

“There was a lot of energy expended into our Friday night game,” Waintraub said. “As the weeks go, sometimes you’re more excited for a Friday night game under the lights than you are for a Sunday game. This is kind of the first time that we experienced it.”

Waintraub said she thought the team responded well in the second half, especially in the last 15 minutes.

Head coach Stefanie Golan said Sunday that the Gophers’ first half was probably the most lackluster half they’ve played all season.

The Gophers face a similar situation this weekend with a late afternoon game Friday and a noon game Sunday.

Waintraub said the team will stress having a greater sense of urgency.

Sophomore midfielder Katie Thyken said the team was really excited after the win over Illinois and didn’t refocus for Northwestern.

She said the team needs to maintain a sense of normalcy in its Saturday practice.

She also said the team would leave for its road trip at 6 a.m. on Thursday and that the players need to make sure they get enough sleep because “it’s so hard when you’re traveling so much.”

The team has played a home-heavy schedule so far with only four games on the road. Uhl said it will be a good test to see if the team can travel and play as well on the road.

The Gophers will rely on their strong defense this weekend. They haven’t allowed a goal since Sept. 30 against Penn State, and Waintraub said she thought the three shutouts were an “accumulation of what the defenders have been doing all season.”