Partners from Minnesota and Germany teamed up to study human impact on the Mississippi River. 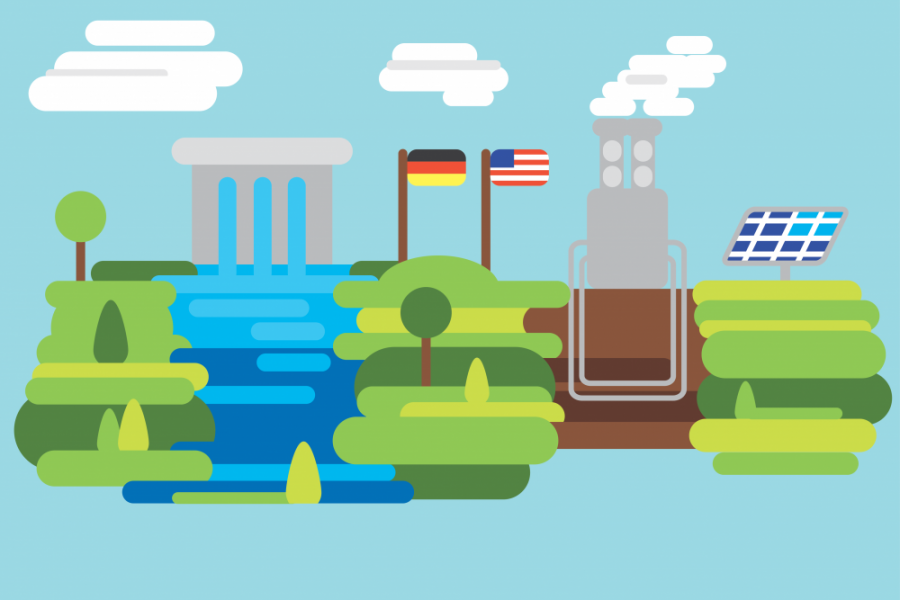 Groups from Minnesota and Germany are collaborating on a research project to explore the history and culture of the people who have impacted the Mississippi River.

The Weisman Art Museum hosted a symposium last week to kick off the project “Mississippi. An Anthropocene River,” which will run through 2019. The symposium is part of an interdisciplinary program called “Anthropocene Curriculum,” run by Haus der Kulturen der Welt (HKW) and Max Planck Institute for the History of Science in Berlin.

Project participants looking to study human impact on the Mississippi River include researchers, artists and activists from the University of Minnesota and other parts of the Midwest.

“What happened here on the Mississippi had impacts in Europe and Africa,” said Bernd Scherer, director of HKW, referencing the colonization of nature and indigenous people. “Without human intervention, the Mississippi wouldn’t be the river we know,” he said.

The Anthropocene is the period of history when humans have had a noticeable impact on the environment.

“Humans are the most transformative forces,” Scherer said. “We have to become conscious of these forces.” John Kim, associate professor in Media and Cultural Studies at Macalester College, said once HKW decided to study the Mississippi, they contacted researchers involved in similar projects, including himself.

Kim is currently looking to fund a research barge that will travel on the river back and forth between Minneapolis and New Orleans. The barge would offer opportunities similar to a semester at sea, including research projects and performance spaces incorporating the cultures of the Mississippi River.

Monica Haller, an assistant professor in the University’s art department, is also contributing to the project by capturing sounds of the river and writing a book.

Haller said she went on a two-month-long trip traveling the Mississippi River to map the sounds of the river underwater, which she says can influence social and ecological ways of thinking about the region.

Using the sounds collected, Haller said she wants to create “listening stations” along the river to hear its noises. Haller, whose family includes five generations of landowners on the Mississippi River in Louisiana, is in the beginning stages of a book exploring the concept of land and women as property.

The project is also a part of the German Federal Foreign Office’s Year of German-American Friendship, an initiative that starts in October and lasts until the end of 2019. It will support research and efforts to foster transatlantic relations between the two countries, Scherer said.

The initiative has funded over 100 projects in 25 states, Scherer said.

“The Year of German-American Friendship provides the opportunity to work on common concerns,” Scherer said. “The answers to the problems we are facing cannot be answered by one society.”