Blood and gunpowder, earth and body 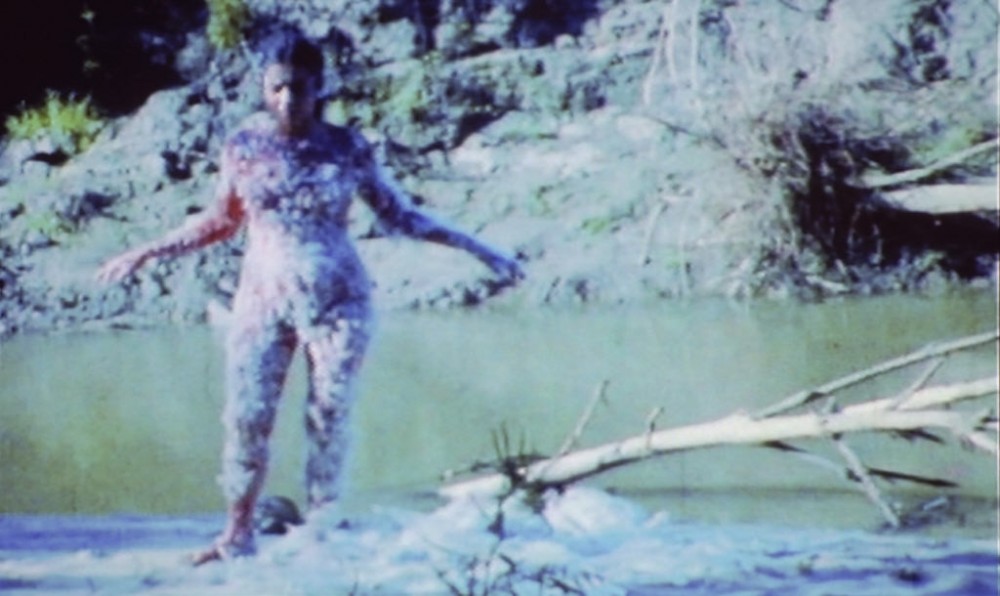 Flowers, holes in the ground and fireworks all become part of the body landscape. PHOTO COURTESY SMITHSONIAN HIRSHHORN MUSEUM

WHAT: Ana MendietaâÄôs film, âÄúEarth BodyâÄù WHERE: Walker Art Center lecture room in the main gallery WHEN: Daily, through March, on a continuous loop A solitary nude woman calmly pours blood over her body. She gets down on the earth and rolls in a pile of white feathers before her. This is just one scene from âÄúEarth Body,âÄù a collection of film pieces by the Cuban-American artist Ana Mendieta, who uses both her body and nature as media to create a portrait of the two melded together. When Ana Mendieta was 12, she and her sister were forced to flee Cuba because of the political pressure, leaving her parents behind . Mendieta was taken into foster care in Iowa , eventually receiving a Master of Fine Arts from the University of Iowa . Before her untimely death in 1985 at the age of 36, Mendieta had established her reputation as a feminist and landscape performance artist with a unique style of performance. This collection of short films, each about five minutes long, spans the performance career of Mendieta from the 1970s to the early âÄô80s . MendietaâÄôs performances are mostly subdued and simple actions of either her or her creations. Mendieta fuses her body together with the natural surrounding. In some scenes she buries herself under a pile of rubble or lays down nude in a steam or a mud hole. Mendieta was known for making much of her art in uninhabited areas, and the selections in âÄúEarth BodyâÄù are all set in the deep Mexican, American and Canadian countrysides near rivers or other bodies of water. A common theme in MendietaâÄôs work is the silhouette of the human form created against a natural background. Mendieta called these âÄúSiluetas ,âÄù and she made more than 70 during her career. In âÄúEarth Body,âÄù these included scenes in which Mendieta laid in a shallow hole that had been dug to the outline of her body. A similar hole was later filled with gun powder and lit on fire. After the burn, the ashes that remained took the form of MendietaâÄôs outlined body. Others included a âÄúflower personâÄù which was a figure made of flowers that was filmed floating down a river on wooden branches. As the figure floated, the flowers slowly dissipated, and the figure dissolved into the stream. Keeping with the same idea, another figure set against a dark hill was outlined with fireworks which were lit and slowly burned away into the night. Mendieta makes the audience begin to see the human and natural form as one entity in the film. It is often unclear whether it is Mendieta or the landscape itself that has the leading role because in each scene the motion of Mendieta or her figure is either subdued by or matched by the motion of the natural setting. The film itself is not of an exceptionally high quality, having been originally shot on 8 mm film , and does not contain any noticeable soundtrack. As with all âÄúmodernâÄù art, MendietaâÄôs work may have the tendency to scare away some of the less patient patrons. âÄúThatâÄôs enough Ana Mendieta to last me a lifetime,âÄù someone in the theatre said out loud to no one in particular as he left the theater. Though a little slow, as is often also true of this modern form of expression, MendietaâÄôs medium is a smart anecdote to the flashing images of the prime-time quotidian.