If elected in November, Omar would become the first black, Muslim Woman elected to office in the U.S. 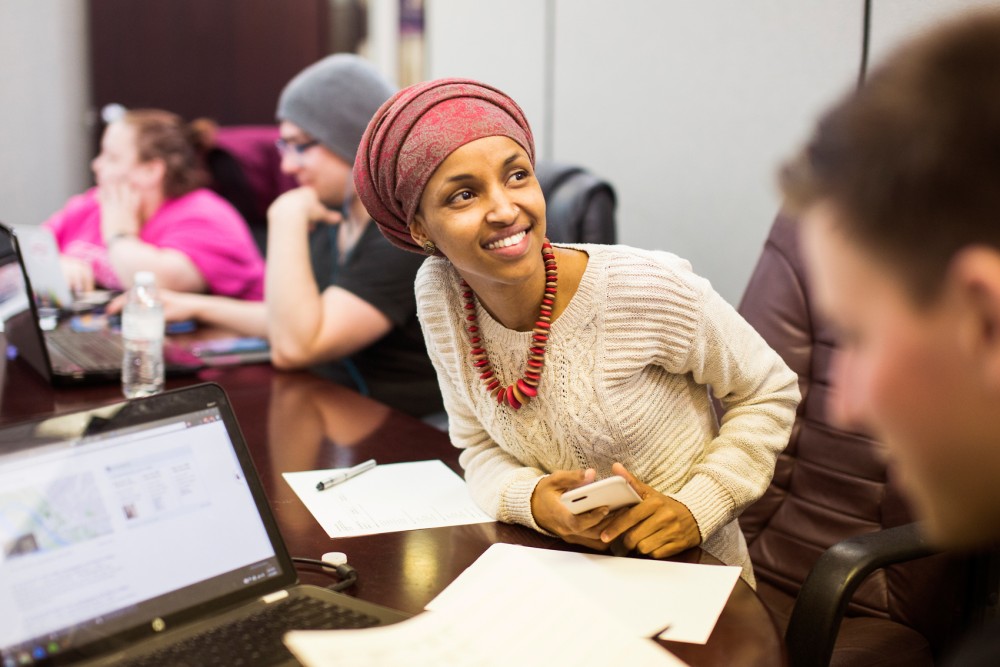 Surrounded by volunteers and field staff, Ilhan Omar prepares to go door-knocking on Monday in her Minneapolis office.

by Hannah Weikel and Christopher Aadland

With the win, Omar has unseated Rep. Phyllis Kahn, who has represented House District 60B for 44 years.

Akhilesh Menawat, deputy communication director for Omar’s campaign, said the most difficult part of her bid for office is over.

“This neighborhood has been waiting for Ilhan,” he said. “It will be wonderful to finally have their voices heard in St. Paul.”

After her victory, Omar — Director of Policy Initiatives at Women Organizing Women and a former Minneapolis City Council policy aide — told supporters there were times during the campaign when her opponents called her candidacy a fluke.

“I want to remind you all that what we did tonight, no one thought was possible,” she said.

Nearly 41 percent of the more than 5,800 votes cast were for Omar. Kahn and Omar’s other challenger, Mohamud Noor — who lost to Kahn in 2014’s primary — each received about 29 percent of the votes.