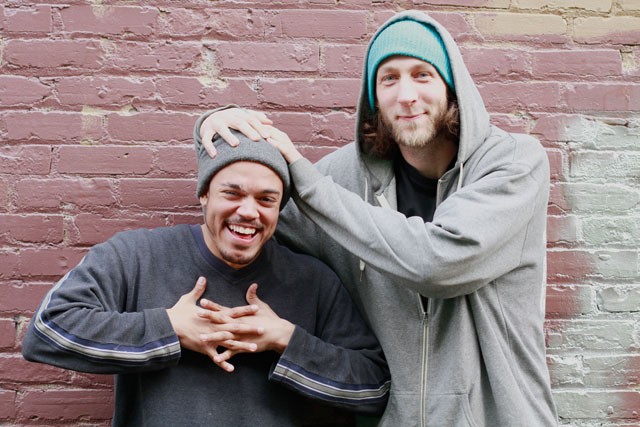 When Zach Combs first started jotting down raps, the Twin Cities hip-hop scene was still a work in progress.

It was the summer of 1997, and Atmosphere was headlining their Overcast! CD release party at First Avenue. Kanser, the then-two-man rap outfit Combs cut his teeth on, was scheduled to open.

âÄúThere was only like, 400 people there. But we thought that it was the [expletive],âÄù Combs said. âÄúWe probably hadnâÄôt performed in front of 400 people before unless it was a high school crowd.âÄù

While Combs, who goes by his stage moniker âÄúBig Zach,âÄù has never enjoyed the commercial success of his local peers, heâÄôs somewhat of a pioneer of the scene. Over the course of almost two decades, Combs has juggled various projects that include Kanser, solo fare and live-band rap collective More Than Lights. And tonight heâÄôll be celebrating a homecoming on the heels of a month-long tour with a CD release party at Cabooze for his solo album, entitled âÄúCrayons.âÄù

âÄúCrayonsâÄù is 11 cuts of funk-infused rap romps brimming with nostalgic trips down memory lane and frivolous wordplay. In his more personal moments, Combs reminisces on the darker side of growing up in the city, rapping: âÄúViolence in my science class, guns in the bathroom, I canâÄôt learn math âÄ¦ Uptown was all skinhead and gutter punks, parking lots covered up in the summer months.âÄù

Combs was ushered into the hip-hop world at a young age, hustling around the south side of Minneapolis as a graffiti artist. After attending a Micranots show in high school, Combs began to take an avid interest in music. But he didnâÄôt have any beats, and he didnâÄôt know how to rap. So when longtime friend and fellow emcee Unicus introduced him to Anthony Davis, everything started to change.

Today Davis, who is better known as Ant, makes up one half of local rap legend Atmosphere. But before becoming the Twin CitiesâÄô most widely known beatmaker, he was just a new face in town struggling to build a network of emcees to work with.

âÄúHe started giving me beats, teaching me this and that, but it wasnâÄôt because I was tight. It was because I helped him move,âÄù Combs said, laughing.

Shortly after graduating from South High, Combs took a job hosting and booking the weekly hip-hop affair âÄúHeadspin SundaysâÄù at the now-defunct Dinkytown cafÃ© Bon Appetit. Combs remembers Headspin Sundays as a much-needed venue for rappers seeking exposure in a scene that was still burgeoning but felt stagnant. It was a place where young emcees could hone their craft and escape the crime-ridden neighborhoods they resided in. Some of them would even go on to become staples of the music scene in years to come.

âÄúP.O.S. used to show up there as a teenager âÄ¦ I mean, back then Dinkytown was the most neutral spot,âÄù Combs said. âÄúKids were gangbanging on the south or north side. No one was gangbanging in Dinkytown.âÄù

Combs doesnâÄôt break any new ground with his rhymes, but heâÄôs not trying to. His face is flush with glee as he recalls his years as a starry-eyed kid falling in love with hip-hop. A more cynical observer might find it sappy, but thereâÄôs something remarkably admirable about his humility and gratitude.

âÄúWe never had one album, we sell a few thousand copies, we do as many shows as we can and, like, we never got to go on a huge tour, but we would just grind out and do as much as we can,âÄù Combs said. âÄúAnd everything has been good, and weâÄôve slowly been climbing. I feel blessed to still be part of the hip-hop scene.âÄù