The Gophers have bested a program victory streak with 18 consecutive wins. 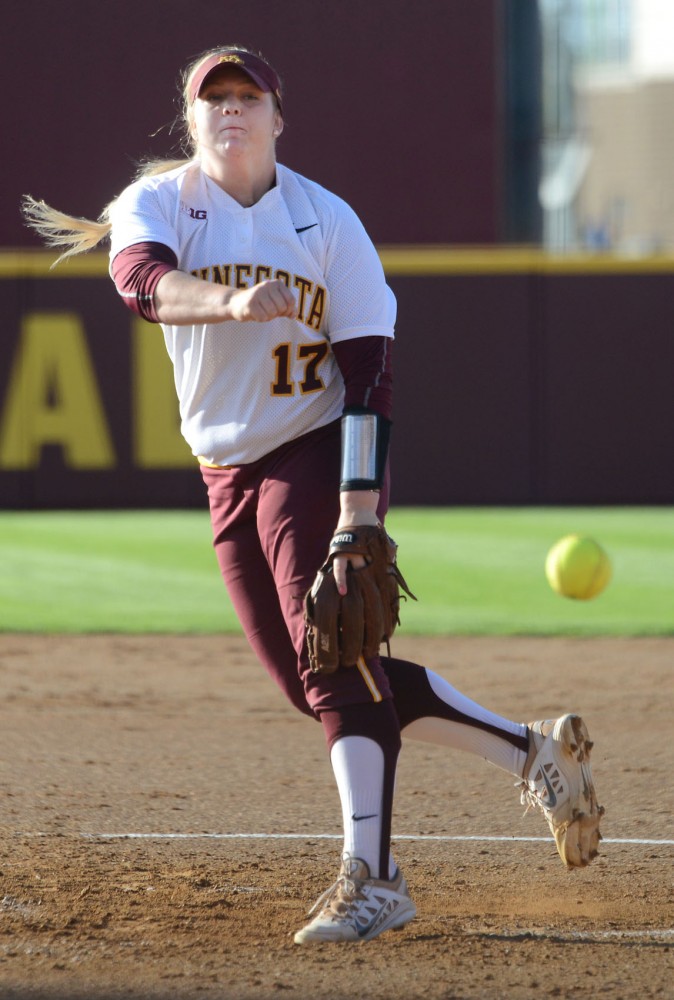 If what the Gophers faced in Baton Rouge over the weekend could
be considered its first exam, consider it passed.

No. 10 Minnesota won four games — including a Saturday night tilt
over No. 13 LSU — on its way to setting a new program-record win streak at 18
games.

“I’m proud of the way we played,” said head coach Jessica
Allister. “We played great defense all weekend … we had great pitching, and we
came back in a number of games.”

The main draw of the weekend came Saturday under the lights
against tournament host LSU.

The Tigers came in boasting a 16-3 record and were Minnesota’s
first ranked opponent of the season.

She gave up three hits total to move her season record to 9-0 and
lowered her ERA to 0.50.

The Gophers were fairly quiet offensively until the fourth inning
when freshman Kendyl Lindaman singled to lead off and was brought home on a
double by fellow rookie MaKenna Partain.

Partain then scored on a Groenewegen sacrifice fly to push the
Minnesota lead to 2-0.

Excellent base running by Ellie Cowger allowed her to score on a
wild pitch for a three-run Gophers cushion.

Groenewegen then held LSU scoreless for Minnesota’s first victory
over a ranked team.

“I think it’s huge,” Groenewegen said. “It’s definitely been our
toughest game that we’ve had this season, and I think it proves that we can
play with anyone in the country.”

In the early game on Saturday, the Gophers looked to build on a
tournament-opening victory over Troy on Friday night in a matchup with Florida
Atlantic.

After the Owls took a 1-0 lead in the first inning, Gophers
pitcher Tori Finucane held FAU scoreless for the rest of the game. She threw 124
pitches.

Lindaman provided the bulk of Minnesota’s offense with a
three-run homerun in the third — a category in which she leads all Gophers this
year with five.

A Partain home-run slammed the door on an Owls comeback and
solidified a 4-1 victory for Minnesota.

In the final game of the tournament, Minnesota once again had to
grit out a tough win.

The Gophers trailed 3-2 heading to the sixth inning with their win
streak threatened.

But then, their bats exploded.

“It continues to build my confidence,” Lindaman said of her
clutch hitting. “This is a whole new level for me — just to get those big hits
in big situations; it really brings up my confidence.”

The Gophers added three more runs and took down the Redbirds 7-3.

With their unbeaten record intact, the Gophers head to Washington
for another test.

They will play two games against the No. 8 host Huskies — the same
team that ended Minnesota’s season in last year’s NCAA tournament.

The Gophers look like a different team this year, however,
Lindaman said the key is how balanced and close the roster is.

“We’re great all through the lineup,” Lindaman said. “Everyone
[has] each other’s backs.”