Story of rejection takes itself too seriously. 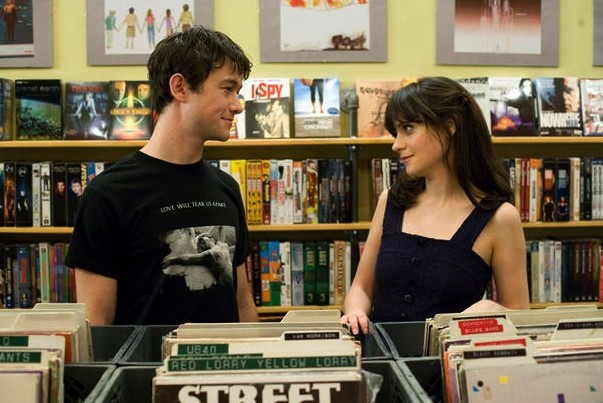 âÄú(500) Days of SummerâÄù DIRECTED BY: Marc Webb STARRING: Joseph Gordon-Levitt, Zooey Deschanel RATED: PG-13 SHOWING: Area Theaters It takes some balls to create a story of rejection. Making a film about a failed relationship is a sign that the creators have at least one toe fully submerged in reality. But in the case of âÄú(500) Days of Summer,âÄù thatâÄôs just about where the refreshing realism ends. It seemed like all the cards were in order for this to be the next âÄúGarden State:âÄù pretty leading lady Zooey Deschanel (check), sitcom star gone emo Joseph Gordon-Levitt (check), tender subject matter with plenty of oddball film techniques (check). But after the opening credits, where a disclaimer notes that this is purely a work of fiction, resemblances to reality are purely coincidental (yada yada) and then directs the message to someone named âÄúJenny Beckman âÄ¦ [explicative],âÄù the film takes a turn for the tame. The rejecter in âÄú(500) Days of SummerâÄù is Summer, played by Deschanel, who is exquisitely styled in a variety of old-fashioned dresses and hyper-feminine blouses. The rejected is LevittâÄôs Tom, a romantic wannabe architect working a so-schmaltzy-itâÄôs-ironic job as a greeting card writer. He believes in love; she doesnâÄôt (supporting character McKenzie points out that âÄúSheâÄôs a dude!âÄù in one of the filmâÄôs better moments of dialogue). To be cynical or not to be cynical is the filmâÄôs main question, but it doesnâÄôt give much fodder for finding the answer. Instead, the film spends most of its energy on experimental techniques with structure, graphics and chronology, some of which are commendable and some of which are distracting. Time is represented by a sketch of trees outside a building, its colors fading as the seasons change. At one point the screen splits into two different scenes, one to cover reality and the other expectation. LevittâÄôs character even finds himself in a scene from âÄúThe Seventh Seal.âÄù While those are smart, creative ways to use allusion and visual deconstruction to further the story, a couple artistic techniques simply fell flat. In a completely prudish representation of a sex scene, the film shows Tom dancing in the street with strangers and cartoon birds. Too bad that already happened in âÄú40 Year Old VirginâÄù and plays out like a bad scene from âÄúEnchanted.âÄù Overall, the film has most of its odds-and-ends straight. The soundtrack is primarily Regina Spektor songs, but also has some Pitchfork-generation pleasers like âÄúBad KidsâÄù by Black Lips. But judging by the âÄúrevelationsâÄù about love written into the script, the soundtrack should have been tailored for a target demographic of 12-year-olds. Demi Lovato anyone? The writing overestimates the relative shock factor of the idea that love isnâÄôt one-dimensional to the point of spelling it out with flamboyant theatrics, making the final result fairly condescending. In one scene, Tom challenges naÃ¯ve greeting card writers to imagine that what theyâÄôre doing just might be phony. The idea that pointing that out is in any way groundbreaking is so off-key that itâÄôs cringe-worthy. Basically, âÄú(500) Days of SummerâÄù is a sub-par script that was almost impeccably translated to film. While the faces are pretty and the storytelling is creative, âÄú(500) Days of SummerâÄù simply lacks the clever writing that marks an artistic ventureâÄôs serendipitous cross with âÄúthings as they are.âÄù