Local emcee P.O.S. continues his assent to the top of the T.C. scene with "Never Better" 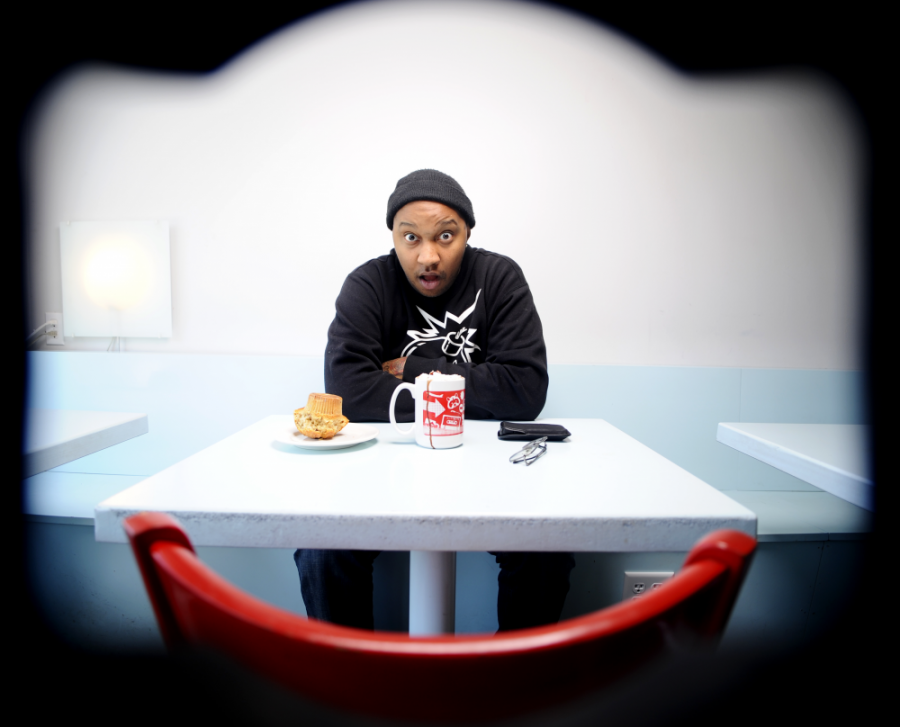 P.O.S. is MinneapolisâÄô third most famous rapper. ThereâÄôs no shame in taking a back seat to Slug and Brother Ali , but with all due respect to the above emcees, P.O.S. tears them to shreds. Where Slug thrives with his emotive narratives and Ali grapples listeners with his extreme charisma, P.O.S. hangs his hat on effortless flow and makes-it-seem-too-easy wordplay. What really sets him apart, though, is the punk-channeled fervor with which he delivers the complete package that is his game. A lot of emcees impress, but P.O.S.âÄôs songs charge through you, knock your ass over and leave you, well, pretty damn impressed. His debut record âÄúIpecac NeatâÄù was an overt hint at P.O.S.âÄôs potential; 2006âÄôs follow-up âÄúAuditionâÄù was a critically drooled over triumph and this week saw the release of the uber-anticipated âÄúNever Better.âÄù Featuring dense, raw production and a tight lyrical assault, âÄúNever BetterâÄù is a shoe-in for âÄúbest local releaseâÄù status. In spite of his intensely D.I.Y. approach, it might just propel P.O.S. further into the national spotlight. The impossibly busy P.O.S. (born Stefon Alexander ) also happens to be a founding member of the Doomtree hip-hop collective, singer/guitarist of the hardcore band Building Better Bombs and to top it off, a father. To raise the bar from hectic to crazy, he also embarks on the âÄúNever BetterâÄù national tour tonight in âÄì of all places âÄì Missoula, Montana. Despite his schedule, P.O.S. made time to chat with A&E. YouâÄôve stated youâÄôre not really interested in fans who donâÄôt âÄúget your messageâÄù âÄì what is the general message or vibe on âÄúNever BetterâÄù? The general message on this record is kinda what IâÄôve been trying to get at the entire time. I guess the best way to put it is [that] the vibe is âÄúdo itâÄù. Do whatever it is you love; do whatever you find happiness in, keeping in mind that might not be the same thing that pays the bills or makes you wealthy. Paying your bills is a necessary thing; itâÄôs a part of life. But a lot of people chase wealth and chase stability more than they chase dreams. I was always raised to do what makes me happy more than what makes me well off. What are your dreams? My dreams have always been to make music for a living. As long as I can remember, my dream has been to do pretty much what IâÄôm doing. ThatâÄôs a cool thing to realize in an interview. IâÄôm doing what IâÄôve always wanted to do. But, that really truly is it. Sustain myself doing what I love. Whether it stays music or whether I get some âÄ¦ insane love for painting? [IâÄôd] up my painting chops and do that. Just not get a job for some company that I donâÄôt have any stake in and love for. Balancing your solo career, Doomtree, Building Better Bombs, touring and fatherhood, how crazy is an average day for you? You have no idea, man. ItâÄôs not balancing. ItâÄôs one of those things where constantly IâÄôm having a pretty serious sit-down with either my sonâÄôs mom, or someone from Building Better Bombs or something. Just trying to make sure everybodyâÄôs plans are on the same page. ItâÄôs not easy. Because youâÄôre well versed in both the underground hip-hop community and the underground rock community, from your perspective, what is the biggest similarity and the biggest difference between the two? I think the biggest similarity is they both think that theyâÄôre really different from each other. Everybody is like, âÄúwhatâÄôs the biggest difference?âÄù but, theyâÄôre not really that different. ItâÄôs all about playing shows, the same kinda D.I.Y. traits. The biggest difference between âÄôem is âÄ¦ ya know, I donâÄôt even know. I guess I donâÄôt think about things like that. In 2006 you said that the Twin Cities had a long, long way to go in terms of bringing black people and white people together in audiences. Since then, do you feel thatâÄôs changed at all or is there still a lot of work that needs to be done? I know that the underground hip-hop scene has started to embrace the mainstream hip-hop/rap scene more. With Muja Messiah , St. Paul Slim , the popularity of LilâÄô Wayne and Jay-Z , that kinda bleeds into the underground. ThatâÄôs a good start; itâÄôs not necessarily there yet. ItâÄôs definitely on its way, I think. What feeling do you hope people have when they walk away from âÄúNever BetterâÄù? I hope the feeling they would have is that itâÄôs an active record, an active listen. There are some records that are really excellent in that you can throw it on, have it in the background and be cool and relaxed. This record is probably the most of all my records thatâÄôs an active listen. The high-hats are too abrasive to kinda ignore the record while itâÄôs on. I want it to be a physical listen, you gotta put it in and think about it rather than having it there, ya know? Who are some of your favorite local acts? IâÄôm a huge fan of Big Quarters as far as hip-hop, as far as local guys go. ThatâÄôs rap, if youâÄôre talking indie rock IâÄôm a huge fan of the band Vampire Hands . TheyâÄôre easily my favorite band in the city. What is your favorite thing about Minneapolis? Your answer doesnâÄôt have to be music related. I love winter. IâÄôm a big fan of the ice cold tundra kinda keeping you on your toes, keeping you working, constantly finding a funk to get out of, ya know? Music is too much a part of my life to not mention music. There are too many bands in this city to not have an amazing music scene. Period. ThatâÄôs just how it is. You canâÄôt go two days without having a show you kinda want to go to.