Two groups are aiming to give University students broadcast experience. 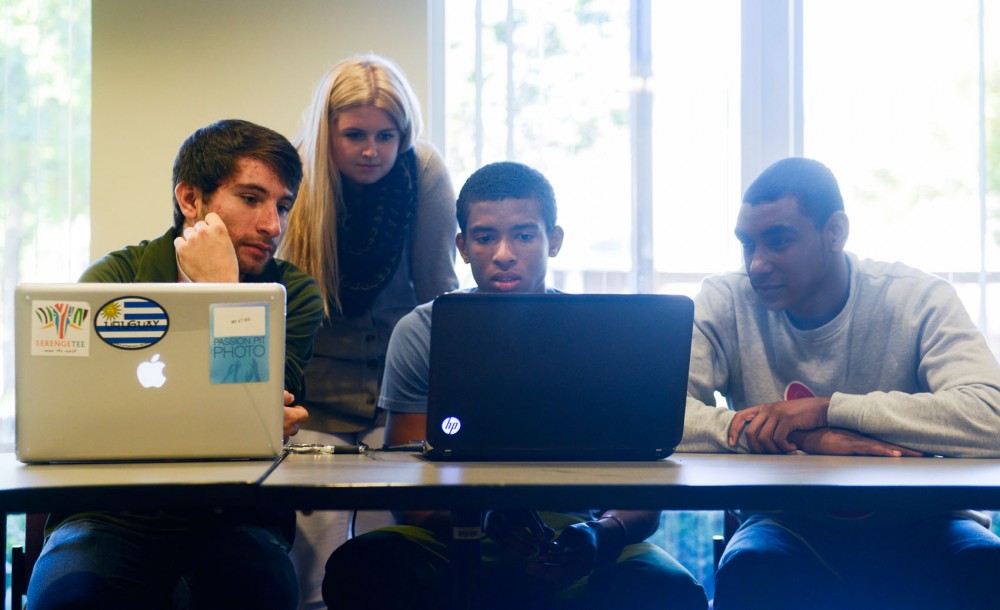 Charlie Weierke transferred to the University of Minnesota in hopes of building his broadcast journalism portfolio — but that proved to be harder than anticipated.

The journalism sophomore said when he arrived, he found an inactive student broadcast group and an academic program with underutilized resources.

Now, Weierke and other University students hope to change the situation.

Ski-U-Media, a news broadcast group co-headed by Weierke, became a University student group
Oct. 17 and hopes to rebuild student broadcast opportunities on campus after a similar group, U Broadcast, dissipated years ago.

At the same time, a group called Gopher TV is in the process of becoming an official student group. Group founder Matt Ogbeifun said Gopher TV members hope to inform students of campus happenings with entertainment-focused videos and skits.

Both groups hope to give students hands-on experience they can use in future careers in broadcast, advertising, management and other areas.

The University student group U Broadcast formed a few years ago but eventually dissolved due to a lack of structure and commitment from members, Weierke said.

Kieran Furey-King, president of the Badger Television student group at the University of Wisconsin-Madison, said creating a broadcast media outlet on a large campus can be difficult because students have other opportunities to get involved with campus life.

“Everyone has a bunch of other responsibilities,” he said.

Badger Television is currently inactive due to commitment issues.

Ski-U-Media is taking its structure very seriously and won’t start creating content until it has finalized a managerial structure and a number of short- and long-term plans, Weierke said.

The group, which currently has 20 members, plans to sustain itself over time by involving freshmen and sophomores, incorporating business students and consistently producing content.

“There’s a lot more that goes [into] a club than just, ‘Oh, let’s be a broadcast club, let’s create a two-minute reel, pound it with content …’ and then not continue to pursue that,” said journalism sophomore Valory Schoenecker, a founding member of Ski-U-Media.

Ogbeifun said starting Gopher TV has been a crash course in the process of making broadcast content.

“You have to prepare 150 percent because some things will go wrong,” he said.

Recent broadcast journalism graduate Kayla Thom said the journalism school gave her a basic set of skills and knowledge of broadcast, but it would’ve been useful to have more hands-on opportunities on campus.

Having a competitive body of clips in your portfolio requires outside experience and lots of practice, she said — not just footage from class projects.

“It would have been helpful to have more choices to put in a package reel,” she said.

Aside from some upper-level courses at the University’s School of Journalism and Mass Communication, some students say there aren’t many ways to get hands-on broadcast experience on campus.

Weierke said the journalism school has a “state-of-the-art” broadcast studio, but he thinks it’s not being used to its full potential.

“It’s basically being used as a storage room right now,” he said.

The group plans to train members on the studio’s equipment, because many students don’t know how to use it.

“We’d love to get more use out of that studio,” journalism teaching specialist and Ski-U-Media adviser Dana Benson said.

Benson said he hopes students who get involved in Ski-U-Media will bring the hands-on skills they learn into the classroom.

To produce their videos, Gopher TV’s 10 members rent equipment from the Rarig Center or use their own, while combining their previous knowledge in video production, Ogbeifun said.

Weston Dockter, another recent broadcast journalism graduate, said that with two jobs and a full credit load while he was in school, he wouldn’t have had time to join a broadcast student group on campus if he’d had the chance.

Dockter said he thinks the new groups could run the risk of busy students not having enough time to dedicate to producing content.

“I can kind of see a problem emerging with the time commitment that it could entail,” he said.