Groups raised awareness for U students, a quarter of which report having been diagnosed with a mental health condition. 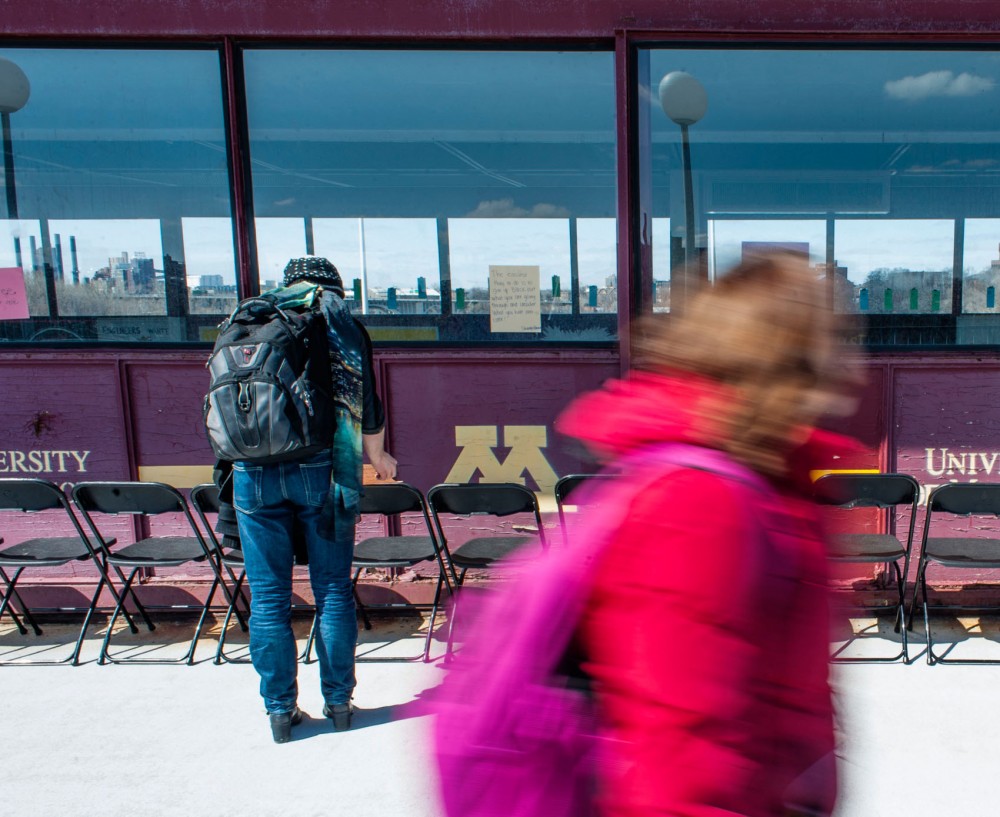 Gender, Women, and Sexuality Studies sophomore Connor Wright reads notes taped to chairs representing the 1,100 college students who comity suicide nationwide in an average year Tuesday, April 16, 2013, on the Washington Avenue Bridge. Wright said he was planning on reading every note, which are dedicated to friends and family dealing with or lost to mental health issues.

More than a quarter of all University of Minnesota students reported being diagnosed with at least one mental health condition in their lifetime, according to Boynton Health Service’s 2010 College Student Health Survey.

In the face of such mental health statistics, students gathered Tuesday on the Washington Avenue Bridge for the University of Minnesota’s third annual Mental Health Awareness Day.

Though their interests ranged from building houses to practicing yoga, seven student groups and nine off-campus groups united to spread awareness, educate passersby about mental health and remember those who have committed suicide.

“It’s such a critical issue on campus,” he said. “It’s so good to see the high level of awareness that’s going on.”

Among the involved groups was the Art of Living Club, a student group that practices free yoga each week.

“Students have a lot of stress in their life,” graduate student Sandeep Fadnavis said. “Yoga really helps — you can be mentally and physically fit at the same time.”

This year’s focus on education addresses a misunderstanding of mental health and how to treat it, said Hunt, president of Active Minds — one of the event’s organizers.

“I think it’s something that people don’t understand,” she said.