Unattached freshman Hunter Lucas became the 11th consecutive individual champion for the Gophers at the event. 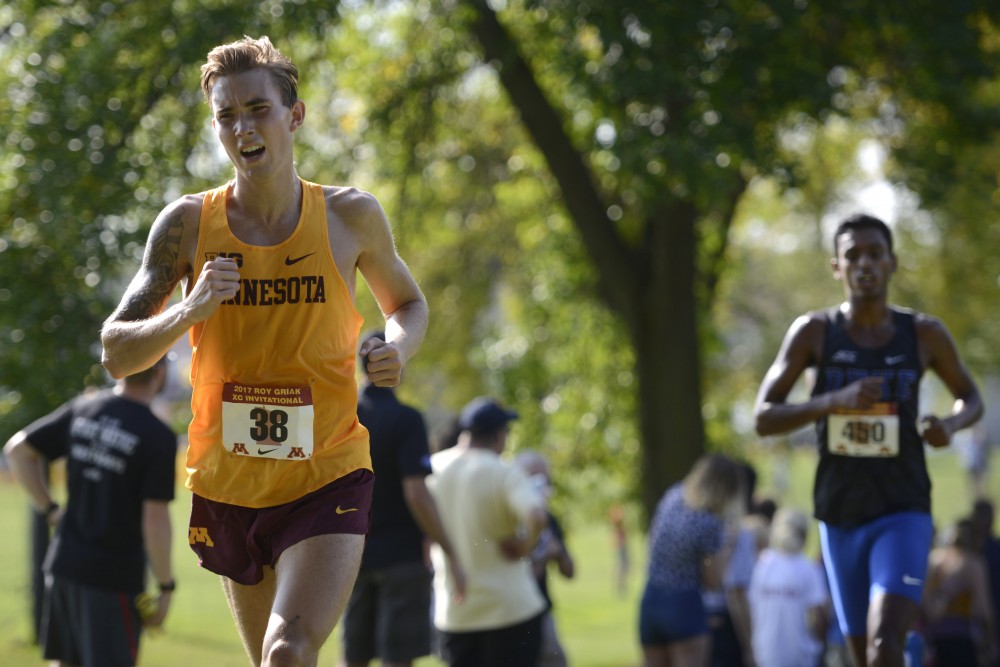 Charlie Lawrence competes at the Roy Griak Invitational at the Les Bolstad Gold Course in St. Paul on Saturday, Sept. 23.

With the NCAA Midwest Regional just around the corner, the Gophers’ freshmen and unattached runners showed off what they can do on the course.

However, the race wasn’t handed to Lucas. Fellow unattached freshman teammate Patrick Roos finished with a time of 25:53, as he finished in a close runner-up spot.

While the freshmen put in their work Friday, head coach Steve Plasencia said a regional is coming up soon, which breeds new opportunity after a disappointing sixth-place finish at the Big Ten Championships.

“Regional is a new day for us,” Plasencia said.

St. Johns took first place in the team standings with 27 points, followed by Bethel (28), Gustavus Adolphus (85), Martin Luther (121) and Crown (134) to round out the top five finishes. The Gophers did not run as a team.

Minnesota will travel to Ames, Iowa on Friday to compete at the 2017 NCAA Midwest Regional, where Plasencia said he hopes the team will put all their hard work on display.

“It’s an opportunity for us to cash in what we’ve accomplished earlier in the season,” Plasencia said.