The structures were no longer on the bridge as of 7 p.m. Monday. 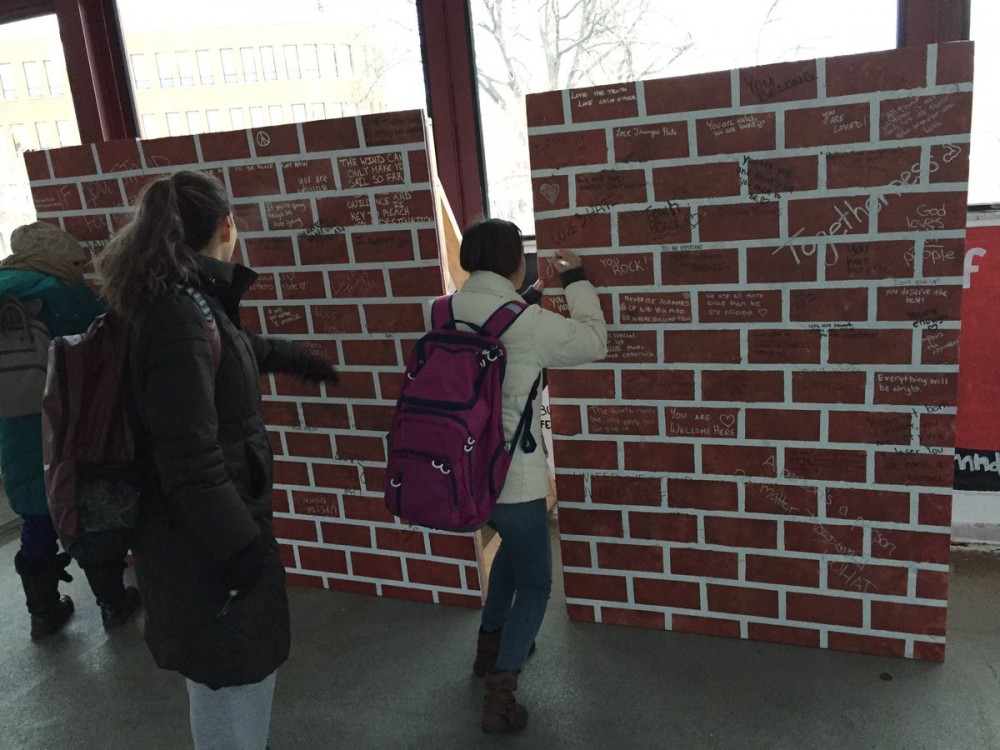 Students sign a fake brick wall that was placed in front of the College Republicans at the University of Minnesota's panels on Washington Avenue bridge on Monday, Dec. 12, 2016.

Two walls made to look like brick were placed in front of the College Republican’s Washington Avenue Bridge panel Monday at the University of Minnesota, according to Twitter posts the same day.

The structures were no longer on the bridge as of 7 p.m. Monday. It’s currently unknown who put the walls in front of the mural or who took the structures down.

Students gathered on the Washington Avenue Bridge to write messages on the walls blocking the mural.

“Never be ashamed of who you are or where you come from,” and “the world needs love, and only you can give it” were some of the messages written on the walls.

The placement comes two months after controversy erupted over the group’s “Build the Wall” bridge mural and subsequent vandalism. The painting sparked protests over the mural’s message and campus-wide discussions about the boundaries of free speech.