The University of Minnesota has faced national backlash over its decision to host the conservative speaker in St. Paul. 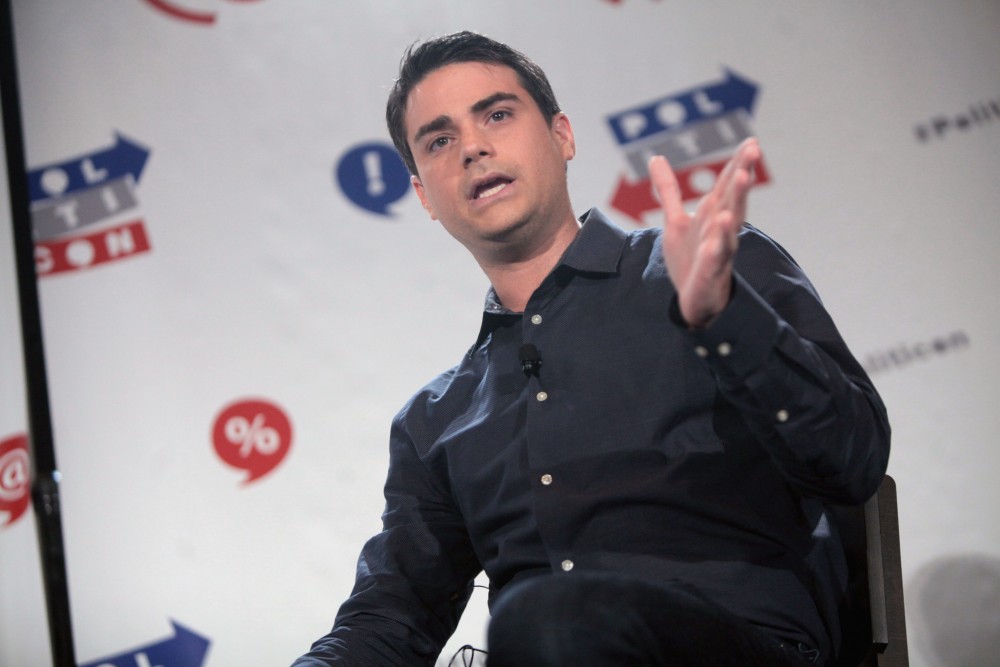 Ben Shapiro speaking at the 2016 Politicon at the Pasadena Convention Center in Pasadena, California.

The University of Minnesota has received widespread attention and criticism for its handling of conservative commentator Ben Shapiro’s Monday visit.

The event’s sponsor, organizing student groups, state lawmakers and Shapiro himself have voiced disapproval of the decision to host Shapiro at the North Star Ballroom on the University’s St. Paul campus, claiming it reflects institutional bias. The controversy has drawn attention from national media outlets.

“The University is blatantly against the free exchange of ideas. The fact that we had Sen. Elizabeth Warren and Al Franken speak on the main campus with no issues, but they feel the need to quarantine us conservatives and push us off main campus seven miles from where the main students and where the main dorms are just shows their bias toward conservatives on campus,” said Madison Faupel, a member of College Republicans and Collegians for a Constructive Tomorrow in an interview with Fox and Friends earlier in the month.

Young America’s Foundation, the event’s sponsor, as well as The Daily Wire, the conservative news outlet of which Shapiro is editor-in-chief, have also picked up the story. Shapiro took to Twitter encouraging followers to “call University of Minnesota right now and tell them to fulfill their Constitutional obligation not to discriminate based on political message.”

In a press conference at the Capitol Wednesday, University President Eric Kaler said the school holds no bias toward conservative views, and that officials chose the St. Paul campus location for safety reasons.

“We are … mindful of the fact that he is a controversial speaker and that at several places where he’s spoken, protests have objected, and we intend to ensure the event is safe for all who attend,” he said.

University Regent Steve Sviggum, a former Republican speaker of the Minnesota House of Representatives, said the school’s decision to prioritize the safety of those in attendance was reasonable.

“It’s about the students and we need to focus on the students, and if in fact it’s because of a safety concern, I have a hard time arguing with that,” Sviggum said.

State lawmakers have also taken notice of the controversy unfolding at the University. Rep. Bud Nornes, R-Fergus Falls, and Sen. Carla Nelson, R-Rochester, have introduced bills in their respective chambers aimed at protecting all viewpoints on college campuses.

A “campus neutrality” bill introduced in the House by Nornes and Senate by Nelson would seek to assure that universities approach all viewpoints objectively, in the classroom and with regard to guest speakers. The Minnesota Senate Republican Caucus cited Shapiro’s venue as an example of institutional bias in a press release.

Another bill introduced to the Senate by Nelson would require state universities to create free expression policies and disciplinary action for those who violate them.

Nornes said conservative voices on the University campus have been silenced, with the Shapiro event being a highly-publicized example. He said some of his constituents have expressed concern over a perceived bias within the University.

“To me, that’s really unacceptable as a taxpayer that our campus cannot be a safe place for all people to share their views and to welcome people onto the campus that have a message,” Nornes said.

Faupel also voiced concerns about the notion that the University made the decision to host Shapiro on the St. Paul campus because of the possibility of protesters. She called the incident an example of a “heckler’s veto” on Fox and Friends.

Jane Kirtley, a University professor of media ethics and law, said the bill is a “a solution that is seeking a problem.” She said much of what it attempts to do is already covered under the First Amendment.

Kirtley said she doesn’t believe the location of Shapiro’s event is an example of discrimination on the University’s part, but concerns about institutional bias on college campuses are a national issue.

“It’s the idea that ‘there’s going to be a lot of protests and we don’t want to deal with that so we’re going to have to send a speaker to another location.’ That’s a legitimate issue, no matter what the political orientation of the speaker may be,” Kirtley said.