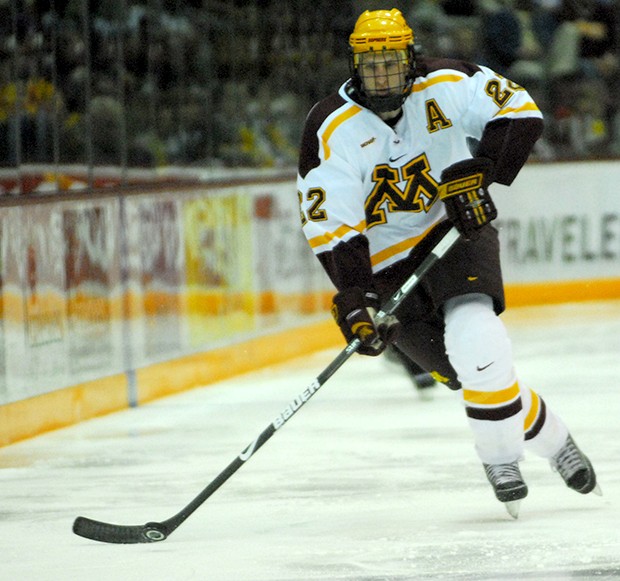 All Minnesota needed to do was leave its series with Michigan Tech, a team with just one conference win this season, with a sweep and it would have secured home-ice for the first round of the WCHA playoffs. That, however, is easier said than done. The Gophers dropped an overtime heart-breaker to the Huskies, losing 6-5 and putting its hopes of hosting a playoff, for now at least, in limbo. Minnesota continues to have troubles in between the pipes as together, sophomore Alex Kangas and freshman Kent Patterson allowed the six goals. After allowing the first three, including two in a matter of 48 seconds in the second period, Kangas was replaced by Patterson, who himself let in gave up a goal just five minutes into the period. Patterson also gave up the overtime goal – a wrist shot from just inside the blue line. Offensively, however, the Gophers were stellar. After fighting back from a 4-1 deficit to tie the game up at 4, Minnesota seemed to be on track. Michigan Tech again took the lead at 5-4, before sophomore forward Patrick White knotted it up once more. In overtime though, it was a mental mistake that doomed the Gophers as they were called for two many men on the ice as a two defensemen went out to replace one. The Huskies took advantage of the one-man advantage, netting the game winner at 2:56 into the five-minute overtime period. Minnesota Duluth and St. Cloud State now have opportunities to strike as the two teams came into the weekend tied for fifth place. The Gophers had the tie-breaker, but the power to control their own destinies has been transfered.