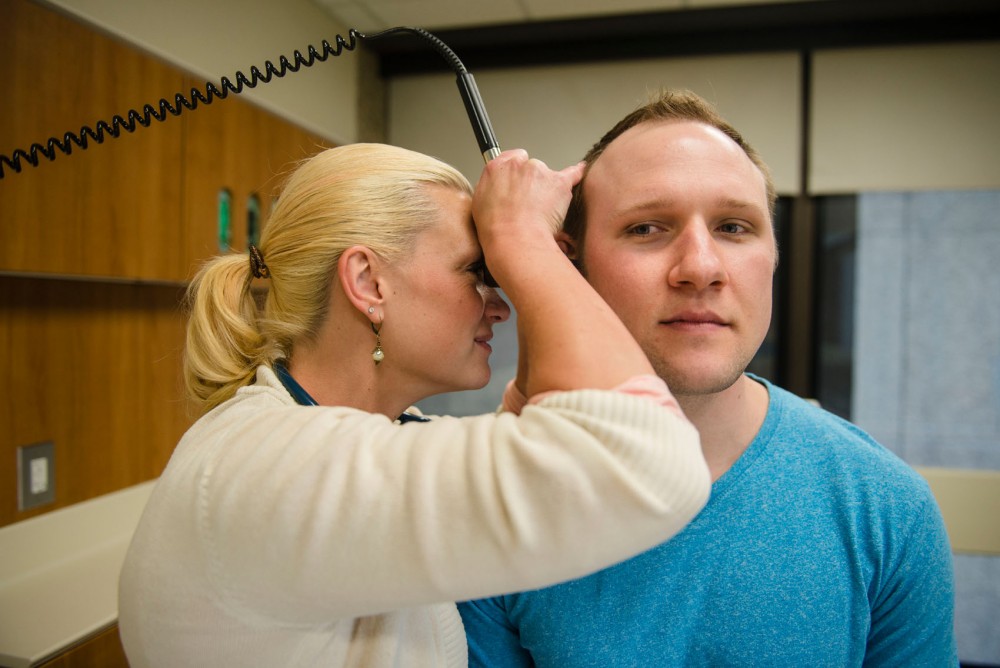 With more than 100,000 new patients added to the Minnesota health care system this year because of the Affordable Care Act, doctors could use some help.

A bill moving through the Minnesota Legislature would eliminate hurdles for advanced practice nurses and help them aid doctors, especially in rural areas.

University of Minnesota School of Nursing graduate studies director Linda Lindeke said the legislation wouldn’t change the curriculum, which already covers the work students would be doing, but the bill could ease their transition into practice.

The Minnesota Advanced Practice Nurse Act of 1999 increased their scope of practice but added some conditions.

In order to work with patients, advanced practice nurses require signed documents and supervision from doctors when they prescribe medication and manage patients. Bill proponents argue that — like psychologists, pharmacists and other members of health care teams — they don’t need a document to prove that they work routinely with doctors.

Some advanced practice nurses have had to pay as much as 10 percent of their annual salary for a doctor to work with them, Chesney said, because malpractice insurers are telling doctors not to sign agreements unless they receive compensation.

The Minnesota Medical Association supports removing the document requirement, state and federal legislation director Dave Renner said, but there should be a system to prevent nurses from practicing outside of their scope and to maintain team practice for patients.

“This is not a bill without controversy,” Renner said.

The Minnesota Department of Health predicts a shortage of 2,000 or more Minnesota doctors in the next decade.

Although some Minnesota nurses have felt restricted by requirements for years, Lindeke said, this need has elevated their desire to eliminate them.

The proposed legislation only applies to advanced practice registered nurses, who represent about 5 percent of all licensed nurses in Minnesota.

If passed, the bill would enact an additional advanced practice nurse licensure and penalties for nurses who practice outside the designated guidelines, which the Board of Nursing would regulate.

Nurses would also complete residency training for a few years after they graduate in existing clinics before they could work from their own.

Renner said he worries most about nurse anesthetists operating outside of their scope of practice, and he said it is crucial for them to work alongside doctors.

About a third of states have systems that mirror the proposed legislation, including North Dakota and Iowa, Lindeke said, and there has been no evidence of malpractice under this method.

Lindeke said she worries that graduating advanced practice nurses may choose to leave Minnesota in favor of neighboring states without as many barriers to their practice.

Chesney said the legislation isn’t about competing with physicians.

“They’re our colleagues,” she said. “It’s about moving into a new model and looking at health care teams.”

Second-year nurse practitioner doctoral student Sarah Melquist grew up in rural Minnesota and hopes to return there to practice someday. She said it would make her job search easier if she didn’t need to find a doctor to work with.

Lindeke said the need for health care is especially evident in rural areas, where only about 10 percent of Minnesota’s Primary Care Provider workforce practiced last year.

In some areas, Lindeke said, no doctors are present to work with advanced practice nurses.

If the bill passes, Melquist could deliver care independently to rural families or refer patients to a doctor if they need care beyond what she could provide.

Without current restrictions, Lindeke said nurses could manage their own clinics, which could alleviate the health care shortage.

According to the American Nurses Association, states where nurses aren’t required to provide proof of supervision are more likely to have advanced practice nurses practicing in rural, underserved areas.

But Renner said states that have enacted legislation to allow independent practice haven’t shown evidence of advanced practice nurses working more in rural areas than before the legislation.

“I hope that [future advanced practiced nurses] can be independent practitioners and they can carry their own caseloads,” Melquist said, “because that’s the training and education that we receive.”