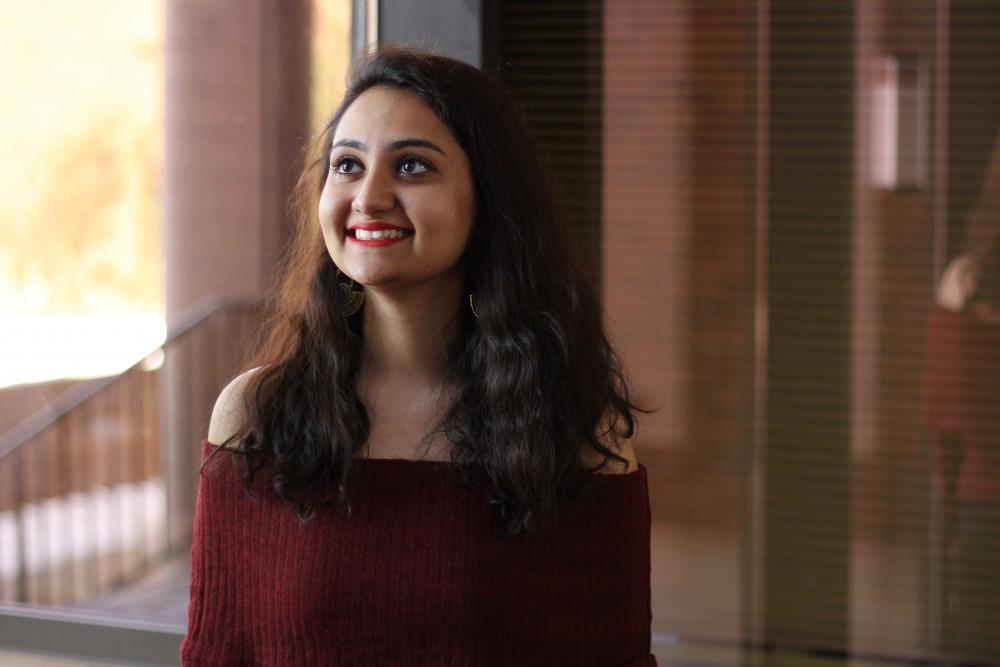 After her uncle was unable to get a heart transplant in the U.S. and died when she was young, University of Minnesota senior Prashasti Bhatnagar decided to change the world through healthcare accessibility.

Bhatnagar, a student from New Delhi, India, was one of three students awarded the Josef Mestenhauser Student Award at the end of February.

Bhatnagar will leave a legacy of new programs for international students and a four-part workshop series, which ends Friday. However, the program will continue next semester after her graduation.

Bhatnagar, who is studying sociology and minoring in public health and social justice, said she spent the past four years at the University working closely with the Center for Community-Engaged Learning.

Bhatnagar said she recognizes that transitioning to a new continent can be difficult, and used her own experiences of loneliness and hardship to ease the transition for international students at the University.

Bhatnagar’s other program, the Racial Equity Discussion Partners Program, started in fall 2016 and pairs professional staff with students to encourage discussion of global issues and topics.

Katie Peacock, the assistant director for the University’s Community Partnerships and Engaged Learning, said she nominated Bhatnagar for the Mestenhauser Award because of her commitment to student success.

“All four years of her undergrad, she has demonstrated her serious commitment to social justice both on and off campus,” Peacock said, adding that she’s unsure what the CCEL will do without Bhatnagar next year.

Along with her involvement in internationalizing the campus, Bhatnagar has worked with policymakers at Hennepin County and worked in the offices of former Sen. Al Franken and Gov. Mark Dayton.

She wanted to be involved in health equity efforts after experiencing her own health issues her sophomore year, she said.

“It made me reflect more on why I wanted to be involved in health equity because access to care was something very important to me,” Bhatnagar said.

Bhatnagar plans to attend Georgetown University and the Johns Hopkins Bloomberg School of Public Health for her graduate studies, with a focus on a dual degree in law and public health.

Before graduating, she will finish her senior project, which researches health burdens on chronically underserved populations.

“She is keenly aware that so many aspects of health are socially determinate,” said professor Susan Craddock, Bhatnagar’s honors project mentor.

Craddock added that the project is unique and looks at partnerships between healthcare and law.

“She is doing work that is directly helping them to know better about what’s working,” she said. “I don’t know a whole lot of undergraduates that have a whole lot of impact with their projects.”