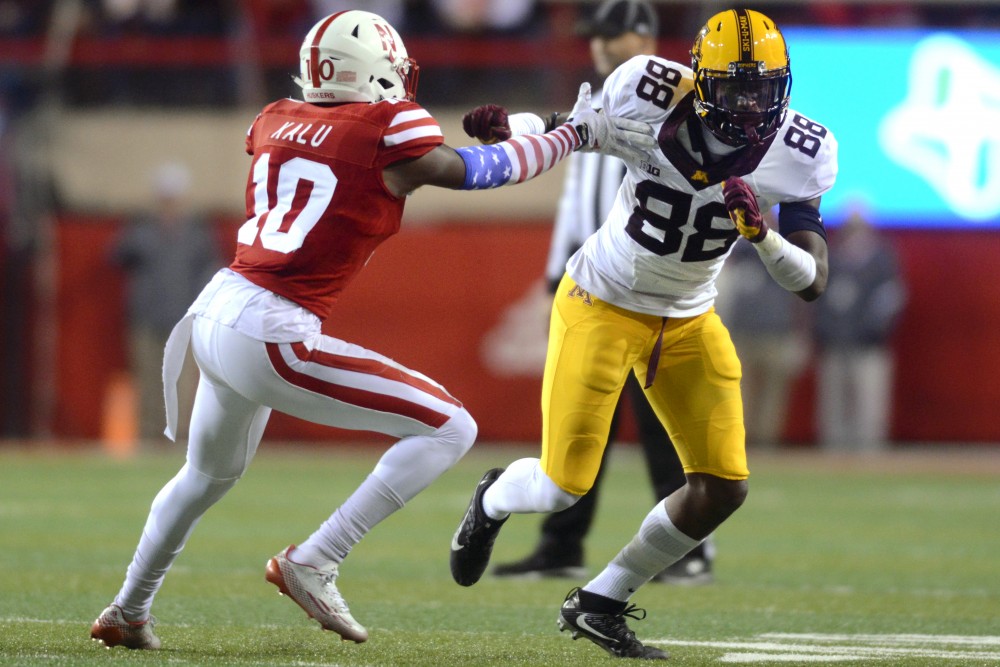 Three Gophers wide receivers announced they are transferring, just days after the final game of the season.

“I just felt like I needed to go a new direction,” Register said. “It wasn’t anything specific … [Still and I] both made the decisions on our own.”

Still caught two receptions in the 2017 season for 68 yards in 10 games played.

Holland Jr. caught two passes for eight yards in his redshirt freshman year — 2015 — with the Gophers. He didn’t play receiver after that, but also played on special teams, notching one tackle this year.

Register said it was too early to decide on a new team for next year.

“I just put it [up], so I got some coaches that started following me and stuff on Twitter,” Register said Monday. “And I’ve been messaging some people.”

The three leaving athletes make four Minnesota players seeking out a different team since the season ended on Saturday. Quarterback Demry Croft announced he would transfer from the Gophers earlier in the week.

Leading receiver Tyler Johnson, caught 35 passes for 677 yards and seven touchdowns this year and will be a junior in 2018. Phillip Howard, a redshirt freshman, had the second most production among the wide receivers with 11 catches for 132 yards in 11 games played.

Minnesota finished 9-4 last season after upsetting Washington State in the Holiday Bowl. This year, the team ended 5-7 and will not make an appearance in a bowl game.