We’re not in Brooklyn anymore

As Shake Shack continues its descent into the Midwest, the people of Minnesota become tourists in their own state. 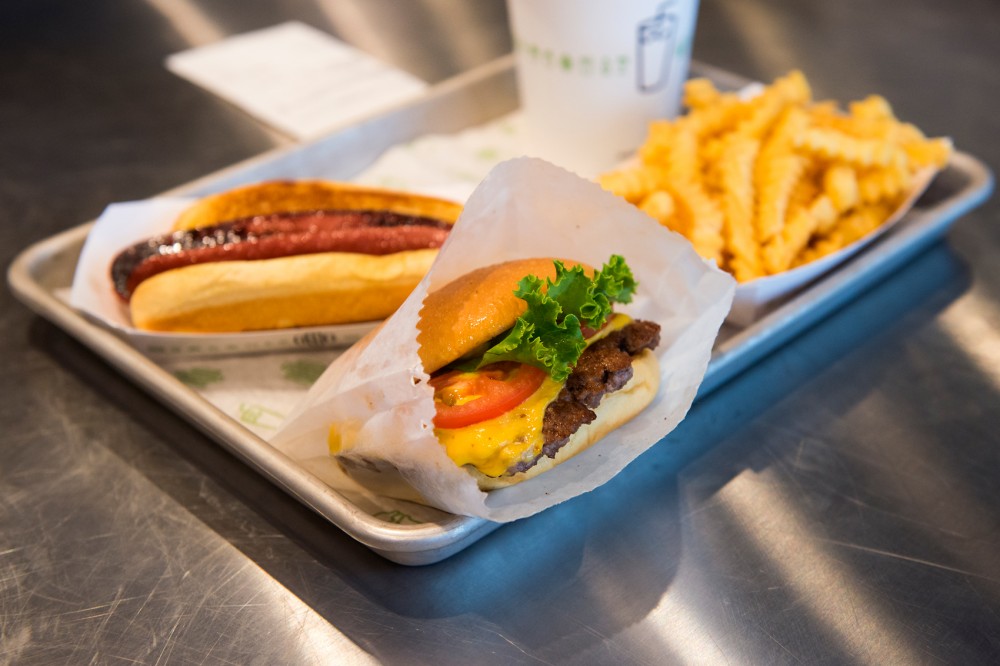 Shake Shack, a popular burger chain, opened its first Minnesota location at the Mall of America on June 9.

On the afternoon of June 15, there was only a kind-of-long line outside of Shake Shack at the Mall of America.

Having opened June 9 in the “Culinary on North” area of MOA, the restaurant boasted incredible lines over the past few days. Today’s stream, however, paled in comparison.

At the head of the line I was greeted by a friendly employee — young and smiley, the quintessential mall food court employee.

Having started out as a hot dog stand at an art exhibit in 2001, the restaurant gained its first permanent location in 2004 in Madison Square Park. Today, the hot dogs are made with 100 percent Vienna Beef and are served on a non-GMO potato bun. The hot dog was good.

Matt Meyer, Midwest area director for Shake Shack, has been with the company for 10 years.

“It was never the intention to start an empire,” Meyer said. “But it was the real deal, and people loved it.”

While I usually prefer my dogs with the classic condiments, the cheese sauce wasn’t bad. However, having two items topped with the salty sauce was a little overwhelming. I recommend picking one or the other.

The crinkle-cut fries were crisp and delicious. The texture of the shake, however, was a little too runny. Its flavor was good, but I would probably go for something more conventional on the next visit.

I expected a lot from the burger, and the taste did not disappoint. The zesty, mayo-based ShackSauce was yummy, and they cooked the meat —locally sourced from Revier Cattle Company — nicely. The texture, however, hardly wowed me. The whole thing was a little soggy, and the lettuce failed to add a saving crunch.

Vegetarians have an option at Shake Shack with a specialty mushroom burger — an item that has a high rank on the menu as opposed to being included as an afterthought like many other vegetarian options. The item, however, is definitely not a low-calorie alternative. The portobello in question is filled with melted muenster and cheddar cheese. Goodbye, salad.

Shake Shacks are engineered to meld with the space around them, and the Mall of America location is a prime example of this. The wood of the restaurant matches the look of the Culinary on North area well.

The Shack also tries to bring a little of its original vibe to provide an authentic feel. A triangular light fixture above the seating area of the restaurant pays homage to the string lights of the original location.

Price-wise, Shake Shack is great for a little pick-me-up at the mall if you’re willing to wait in line. Nothing I ate cost more than six dollars; my meal was only pricey due to the sheer amount of food I ordered. You certainly do not need to try the burger and hot dog in the same sitting, but if you’re truly feeling it — you do you.