Students weigh in on the impact of political advertisements

Democratic presidential nominee Hillary Clinton is outspending Donald Trump at an almost three to one rate in advertising. 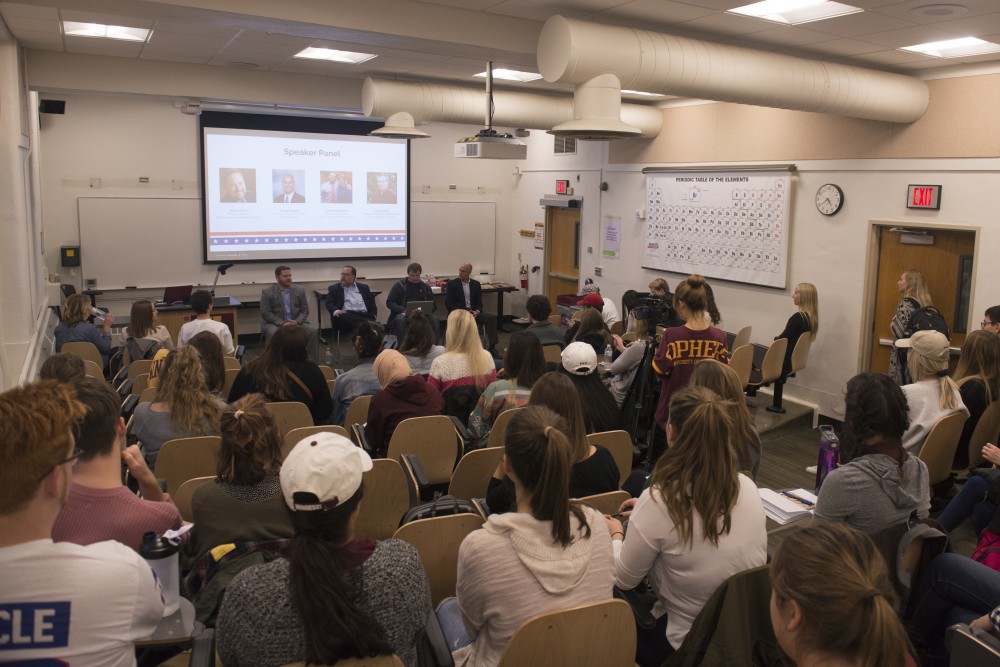 The two major-party presidential candidates have spent more than $500 million on political advertisements so far this election year, and students can expect even more spending as the race tightens.

With the election only a few days away, and both presidential campaigns spurring the public for votes, the Minnesota Daily asked students milling around campus to share their opinions on a few heavily-viewed campaign ads:

“I think this election season provoked a lot more questions than answers when it came to political advertising,” said Johnathan Schuster, a junior in strategic communications.

Schuster thought that University students may not be swayed by advertising like some of the older demographics.

Campaigns have historically utilized different kinds of ads throughout the season, including those which attack other candidates and positive ads meant to uplift the public.

Dema said the ad drew an emotional response, but the ad wasn’t factual in her eyes and overstated issues around safety.

“I thought [it] was a little exaggerated, but effective,” she said.

Dema said she prefers positive ads over negative ads, because with negative ads, everything must be taken “with a grain of salt,” she said.

Schuster echoed these sentiments saying attack ads are particularly ineffective on college students like himself.

While negative ads may be unpopular with the public, they better equip voters with relevant information than do positive ads, said Matthew Motta, a political science Ph.D. candidate.

Motta said this election cycle’s advertising stands out in comparison to previous ones because of Sen. Clinton out-spending Donald Trump.

Motta said that the breakdown of ads — positive and negative — for Trump‘s campaign sits at about half and half.

The ad utilized ambience as a way of captivating viewers, which he said was interesting.

The Daily asked Garrett Marttinen, a senior human resources student and undecided voter, to watch an ad from each candidate.

“They both have things that I didn’t like,” he said.

Marttinen said he felt the Trump ad was too negative, while the Clinton ad didn’t address enough issues.