The late artist gives us a posthumous taste of what could have been. 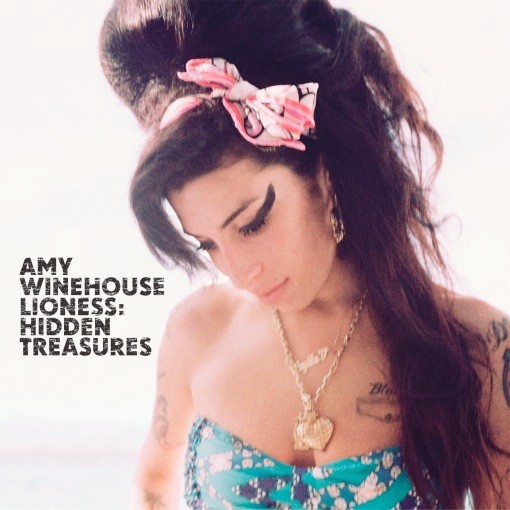 Considering solo artists who have made the most consequential strides in the realm of pop music within the last decade, it practically goes without mention that Amy Winehouse is near the top. The trailblazer of the neo-soul revivalist movement (onto which artists such as Adele and Duffy have also latched), she proved with astonishing force that inherent vocal talent still mattered. She could sell records and win Grammys without masking ineptitude with superfluous overproduction.

2006âÄôs âÄúBack to BlackâÄù reset the standard for the quality pop record. Despite a turbulent consistency of substance abuse and fame-induced recklessness, Winehouse still wowed fans with her smoky-voiced prowess. There was huge anticipation for her third record. However insensitively some approached her tragic and premature death, it was a monumental loss to the music world. Because of this, the context behind the release of âÄúLionessâÄù is especially poignant. ItâÄôs an album of unreleased tracks and covers thatâÄôs been transformed into a reflective tribute to our generationâÄôs first inductee into the âÄú27 Club.âÄù

The album, nearly completed at the time of her death, was finished and mastered by producer Salaam Remi (the guy behind 2003âÄôs âÄúFrankâÄù).

With the immediate drama of her voice âÄî swelling into a reggae-infused Ruby and the Romantics cover of âÄúOur Day Will ComeâÄù âÄî listeners are reminded of Winehouse at her peak. An undeniable lounge-jazz throwback, she thrives in what was clearly her most beloved environment. ItâÄôs a wistful introduction with the foreknowledge of the sad finale but it sets the precedent that she should be remembered for her true, unparalleled skill.

âÄúBetween the Cheats,âÄù a previously unreleased track, continues along the trail of optimistic, hip-swinging soul. Winehouse laments the woes of a troubled romance as visualizations of our beehive- haired diva underneath a hazy spotlight become inevitable.

Some of the reinterpreted tracks prove lackluster compared to the originals. RemiâÄôs route is to strip them down to their subdued, acoustic cores and âÄî in significant hits like âÄúTears Dry On Their OwnâÄù or Mark RonsonâÄôs popular contribution âÄúValerieâÄù (a ZutonâÄôs cover) âÄî it weakens them. Without the punchy pop foundation, they simply arenâÄôt as powerful.

This isnâÄôt to say that the album doesnâÄôt bring new dimensions of WinehouseâÄôs abilities to the table. In addition to making you want to slow dance, a beautifully executed cover of Carole KingâÄôs âÄúWill You Still Love Me Tomorrow?âÄù communicates emotion with as much force as âÄúRehabâÄù or âÄúYou Know IâÄôm No Good.âÄù ItâÄôs sad in a way that her most positively moving works seem to be channeled through the ghosts of an era she could never tangibly reach.

Most hauntingly coinciding with that acknowledgement is the final track, a cover of Marvin GayeâÄôs âÄúA Song For You,âÄù wherein she concludes with a short conversation with another famous reinterpreter of the track, Donny Hathaway. The song is arguably the most compelling on the entire album, if not for the stunning vocal sentiment, surely for an eerily preeminent identification with a musician also troubled and lost within his own world.

Regardless of its shortcomings, âÄúLionessâÄù canâÄôt exactly be held to the same critical standards of a typical album release. It achieves what itâÄôs now supposed to achieve: a tribute to an unforgettable force in music whose talent expounded anyone she could have collaborated with. If anything, itâÄôs her final release from a world that inevitably destroyed her and a happy reconnection with the figures that inspired her most.